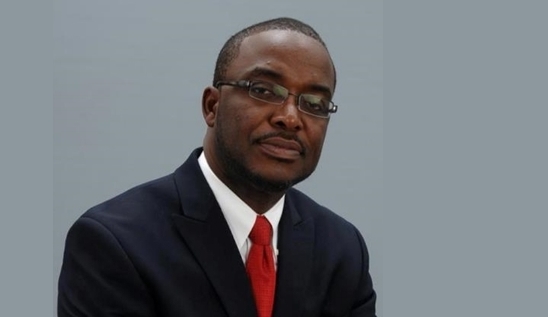 UPDATE: The Ministry of Education has reversed its decision and is proceeding with the plan to close schools, but delayed by a month. Read more here.

MONROVIA, Montserrado – The Plenary of the House of Representatives has rejected the proposal by Education Minister George Werner to close schools across the country on June 30 and reopen officially in September.

The representatives made the decision on Tuesday, June 23 in an executive session following a hearing conducted with Werner and his deputies.

Lawmakers in a unanimous voice instructed Werner to abandon his proposal and provide clarification in both print and electronic media that his proposal for the closure of schools in June has been reversed. Werner was further instructed to revoke an earlier communication he had sent to the West African Examination Council.

As part of his reform proposal, Werner had written WAEC asking for an adjustment in the schedule for twelfth and ninth grade students in the country. He requested that WAEC exams for Liberian students be rescheduled for May next year.

Werner told the representatives that because of the Ebola outbreak in the country, Liberian students would not be adequately prepared to take the WAEC exams for 2015. The representatives reiterated the complaints by many parents and guardians that they had paid huge amounts of money for their children to get back to school following the Ebola crisis.

WernerÂ admitted taking a unilateral decision, saying that the Executive Mansion was not informed.Â But he said his action was not a decision, but a proposal intended to help revive the Liberian education system.

With Werner’s proposal, students would not have received credit for the courses they were already taking; the semester would be considered a study class. When he made the original announcement on the Liberia Broadcasting Service, it met stiff resistance from the public and government officials alike.

Appearing on June 22 on LBS, Rivercess County Senator Dallas Gueh said the proposal would undermine the education system.Â He said Wernerâ€™s proposal was abrupt and was not done through consultations with relevant agencies and stakeholders in the educational sector of Liberia. Gueh is a member of the Senate committee on education.

Most parents also criticized the proposal. They saw it as wasteful and unfair as they had already paid tuition earlier in the year.

Yassah Kokulo, a parent of three, told the Bush Chicken that Werner was making a mistake.Â â€œI caught hard times to pay my three childrenâ€™s school fees, and then the government says they will close the schools?â€ Kokulo said.

â€œIf they knew that they were not ready to open schools then they were not supposed to let us pay our money for the children to go to school,â€ he said.

The Chairperson of the Montserrado Teachers Association, Joseph Deema earlier told The Bush Chicken that the Education Minister should retract his proposal calling for the closure of schools across the country.Â Deema said Wernerâ€™s decision to close schools at the end of June and reopen in September was generating serious dissatisfaction among parents, teachers, and students across Liberia.

He said children needed to continue their education in order to restore their lost time as a result of the Ebola outbreak in the country.

At the same time, school administrators have reported a decrease in the momentum among students and teachers to take academic activities seriously.Â Nuita Wongbaye, the Principal of the Harbel Assembly of God Mission High School, said students and teachers were becoming irregular while parents were showing reluctance in paying their childrenâ€™s fees and tuitions.

He said while some aspects of the proposal was good, “implementing them now would [burden] the sector,â€ he said.

Jimmy Keyan, an administrator of the Harbel Multilateral High School, has also confirmed low turnout and decreasing enthusiasm in students at the institution.

â€œCurrently we are on the fourth period [of the academic calendar] but the recent pronouncement has reduced momentum among students and teachers,â€ he told The Bush Chicken. A group of students also converged on Tuesday on the grounds of the Capitol building to protest Wernerâ€™s proposal. The protest was under the auspices of the Principals Association of Montserrado County.

The countryâ€™s educational system has since been declared by President Ellen Johnson Sirleaf as a mess. Werner is so far the fourth person to head the Ministry of Education since the first term of President Sirleafâ€™s government. Others who have served are Joseph Korto, Othello Gongar and Etmonia David Tarpeh.

According to a Bush Chicken report, Werner made the statement in response to Senator Oscar Cooperâ€™s question on how he intends to transform the educational system of the country in the face of inadequate support from the government.

â€œAll is not just about money,” Werner said. “Sometimes, itâ€™s about commitment, identity in leadership. As [former] director general of the CSA, I wanted to put some things in place in solving the payroll problems, but my efforts did not work because people didnâ€™t see it the way I saw it.”

The Senate earlier rejected Wernerâ€™s confirmation for the post of Health Minister.