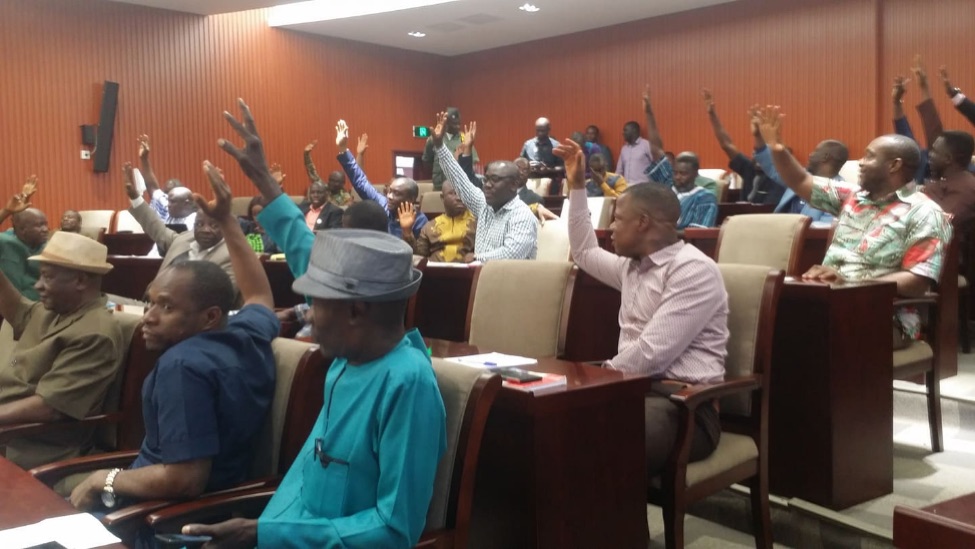 MONROVIA, Montserrado â€“ The House of Representatives has finally passed the draft 2019/2020 national budget. The representatives took the decision on Tuesday during their regular session and have forwarded the document to the Senate for concurrence.

The decision followed three months of scrutiny and deliberations, including public hearings. The US$533 million drafts budgeted was presented to the legislature by the executive following a prolonged delay on June 29, 2019, at least two days to the end of the last fiscal year.

According to a report from the Houseâ€™s joint committee tasked with examining the budget, allocations for ministries and agencies were drastically reduced to give rise for national programs, salary harmonization, and standardization.

The committee noted that key ministries and agencies were invited to ensure that the budget cuts would not negatively impact servants and other government employees. It said major irregularities that impacted civil servants during the pay harmonization process were discussed and that the Ministry of Finance and the General Services Agency were mandated to rectify loopholes.

The National Legislature also experienced a reduction of 31 percent for each member of the House of Representatives, summing up to US$2,586 in benefits, while members of the senate also reduced their benefits by 36 percent, which is equivalent to US$3,600, each, in benefits.

Among the reductions was a 50 percent cut in gasoline allowance for all lawmakers, in order to fill the compensation gap.

â€œThe standardization of salaries and benefits of employees in government shall be extended to all state-owned enterprises and proceeds realized shall be deposited in the consolidated account for subsequent appropriation by the legislature,â€ the committee wrote in its report.

The committee had recommended that the passage of the draft budget along with the necessary fiscal measures would enhance revenue mobilization and ensure efficiency in the services sector, in addition to the budget framework paper of fiscal year 2019/2020.

It said as part of the fiscal measure, the budgetary appropriation for the Liberia Revenue Authority shall be paid immediately upon collection of revenue by the budgetary ratio of five percent of revenue collection until its budgetary ceiling is realized in accordance with LRA. It also called for all social development funds to be transferred directly to the respective countiesâ€™ escrowed accounts.

As a part of the fiscal measures, the lawmakers agreed that revenue sharing ratio between the Liberian Telecommunications Authority and the government of Liberia shall be 20 percent and 80 percent, respectively.

Due to its long scrutiny, members of the House of Representatives earlier passed a resolution to allow the executive to expend US$47.5 million from the 2019/2020 budget.

The House took the decision based on a majority vote after a request from the minister of state for presidential affairs, Nathaniel McGill. McGill had asked the legislature to make the move in order to avoid the government having to shut down.

Under the Public Financial Management Law, the finance minister is authorized to approve expenditures in line with the proposed budget, but not more than one-twelfth of the previous fiscal yearâ€™s budget, when the legislature is unable to approve the national budget before the start of the fiscal year.

But McGill disclosed that the US$47,500,000 allotted under the law was grossly inadequate for government operations in August.