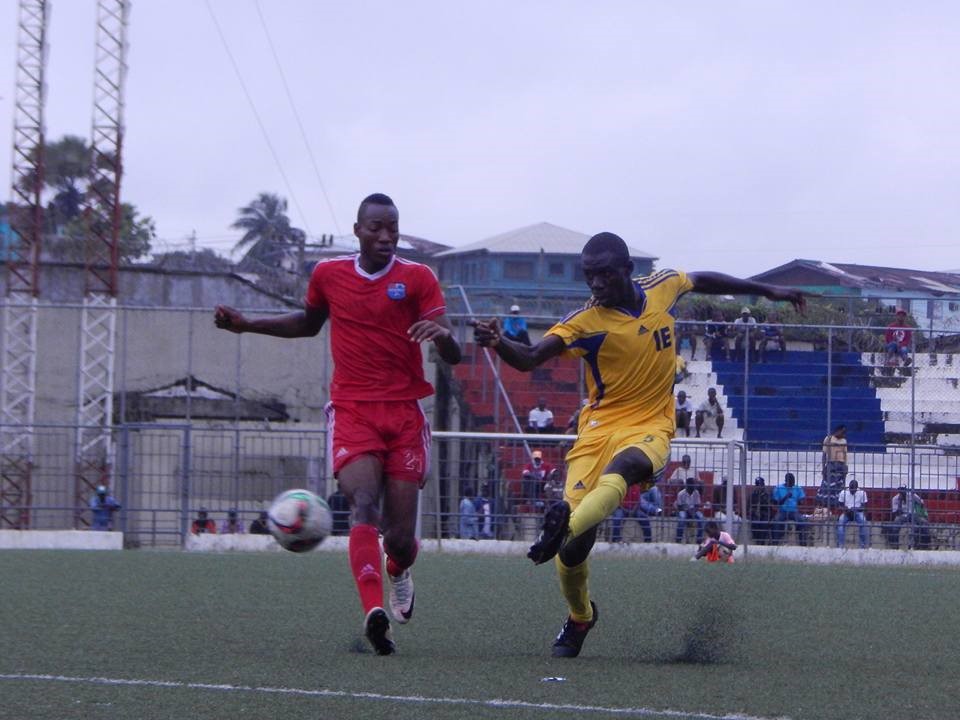 MONROVIA, Montserrado â€“ Football fans will have to wait until the final day of league play to know who will be crowned champion of the Liberia Football Associationâ€™s first division league after the Invincible Eleven held LISCR FC back.

League leaders LISCR could have clinched the title in a game against the already relegated I.E. at the Antoinette Tubman Stadium over the weekend. With I.E. being considered as the leagueâ€™s worst team, sitting bottom of the table, there were huge expectations among fans that the Shipping Boys were putting to an end the hunt for the title to get the maximum three points at the end of the day.

However, it was a different story after the sound of the final whistle as the relegated I.E. denied LISCR from winning the title, giving second-placed Barrack Young Controllers the hope of still getting the title.

LISCR was held to a 1-1 draw by the Sunshine Yellow Boys.

The opening of the match was fully dominated by LISCR but they missed out on several chances at the goal. With just five minutes into the match, they missed out the chance of taking the lead after a wasted opportunity from striker Prince Urey.

The former Monrovia Club Breweries attacker made his way through I.E.â€™s defense and beat goalkeeper James Kolubah within the six-yard box but missed the chance of getting the back of the net. His shot on goal was cleared by Mamadi Camara, who shot the ball in the middle of the pitch to clear off his defense.

The early shots gave LISCR the confidence of scoring in the early minutes but Kolubahâ€™s performance in the goal, coupled with several wasted chances from Christopher Jackson, Allen Njie, and Edward Ledlum, kept the score goalless until I.E. took the unexpected lead.

The 12th place team took the lead from the spot after LISCR goalkeeper Prince Wlame brought down Morris Sando in his box. Milton Brown converted from the spot in the 33rd minute to put I.E. ahead.

The goal pulled LICSR a step back from the title as they became the team in search of an equalizer. Five minutes to end the first half, center referee Jerry Yekeh awarded LISCR a penalty after Christopher Jackson was brought down in the box. Jackson leveled the score for his side as both teams went to the break with a goal each.

The search for a winning goal resumed after the break with LISCR again creating more chances and failing to convert them to goals. Prince Urey, who missed the clearest chance in the match, saw his effort blocked by the crossbar five minutes into the second half.

The changes brought some light to the game as LISCR became more dangerous in attack. Their efforts were denied by a stubborn I.E. defense intent to leave the game with at least a point.

Twelve minutes to the end of the match, the Sunshine Yellow Boys were reduced to 10 men after Milton Brown was shown his second yellow card for a tackle on Varney Sando.

Playing with eleven men, LISCR failed to get a goal in the final minutes until the sound of the final whistle. The draw keeps them on top of the table with 41 points, three points ahead of second-placed BYC.

The title could go either LISCR or BYC on the final day of games depending on the result from both matches. The league leaders need just a point against Keitrace to win their third league title.

A defeat for them and a win for BYC over the LPRC Oilers at the Blue Field will see BYC retaining the league title in a dramatic fashion.

Former league leaders FC Fassell, which had 12 points deducted for featuring ineligible players, is also in the pipeline for the title. The Soccer Missionaries filed an appeal against the decision from the Grievance Committee over the points deduction and are currently waiting for their response. They might ascend to the top of the league if their appeal is accepted before the final round of matches.