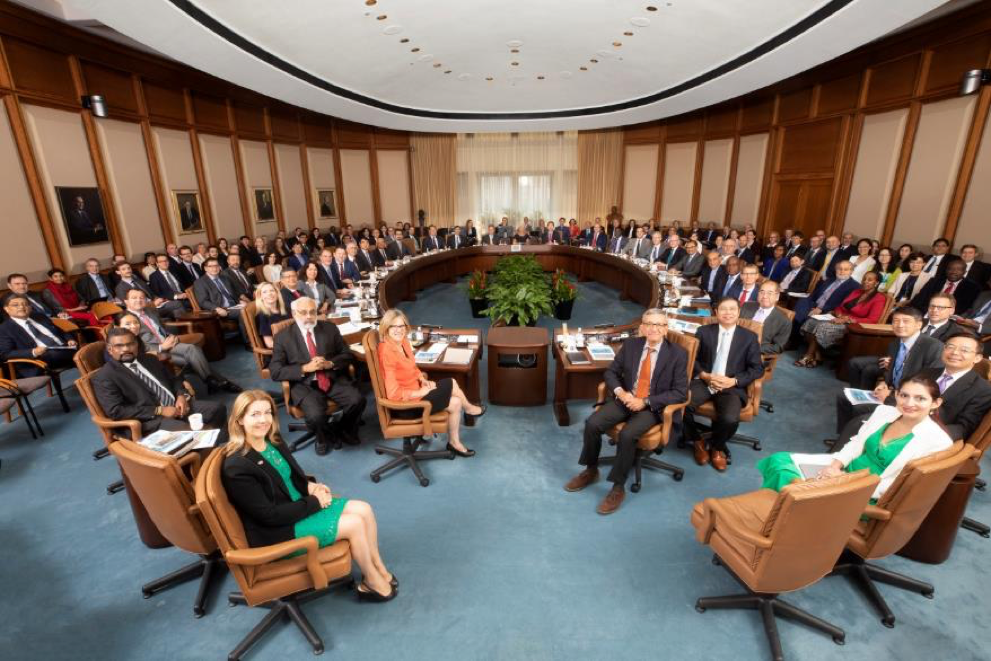 MONROVIA, Montserrado â€“ As the George Weah administration continues to face challenges in stabilizing the economy, the International Monetary Fund has concluded its consultation with the government and provided suggestions on a way forward.

An IMF press statement issued on June 11 noted that although Liberiaâ€™s GDP growth is projected to have slow to 0.4 percent in 2019 and remain below 2 percent into the medium-term, there are steps the government can take to ensure that Liberiaâ€™s economic growth picks up to 5 percent by 2024.

The IMF called for â€œwell-sequenced policies and structural reformsâ€ by the Weah administration. It pointed out that â€œthe government needs to focus on mobilizing domestic revenue and rationalized its spending through a more realistic budget.â€

Among the fiscal adjustment that would be needed going forward is the government ensuring public financial management reforms to â€œimprove the quality of spending in a resource-constrained environment.â€

The IMF also said the government should make efforts to strengthen governance and reduce corruption, especially with regards to its anti-money launderingÂ and counterterrorist financing efforts.

It also underscored that efforts should focus on rationalizing spending, especially with regards to the wage bill.

In terms of monetary policies, the IMF said the Central Bank needs to tighten its policies with the aim of reducing inflation to single digits by 2021. Liberiaâ€™s inflation rate of 22 percent is the fourth highest in Africa, behind Zimbabwe, Sudan, and South Sudan.

To achieve this reduction in inflation, the IMF called for a halt to issuing new bills. It also called for the governmentâ€™s fiscal financing gap to be closed without financing from the Central Bank.

The press statement was published as a result of findings from an IMF consultation team that ended a fact-finding mission in Liberia on May 31, 2019.

Pres. Weah had announced during his May 29 address to the nation that a team from the IMF was tailoring a program for Liberia to help revitalize the economy.

â€œSuch a program will help us to take the needed steps to stabilize our economy, restore confidence in our currency, and offer technical assistance to continue social services,â€ he said.