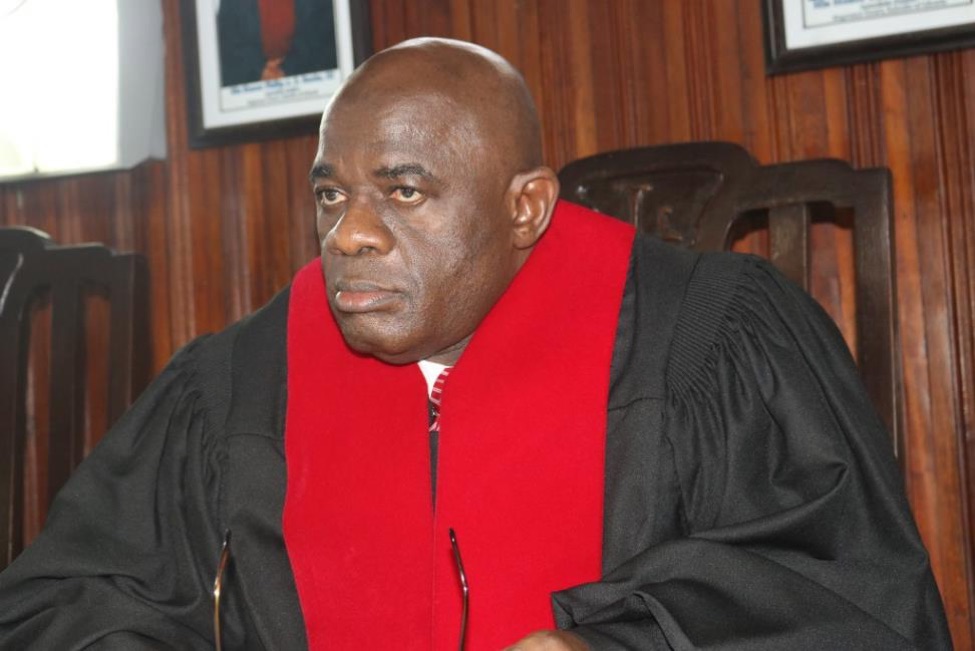 MONROVIA, Montserrado- The impeachment trial of Associate Justice Kabineh Jaâ€™neh has now taken full shape as the defendant himself ended his testimony on Thursday, March 21, after taking the witness stand on Monday, March 18. Jaâ€™neh pleaded not guilty of all charges levied against him by the House of Representatives.

Jaâ€™neh is currently facing the Liberian Senate on impeachment trial for allegedly acquiring an illegal property from J. Nyumah Constance Jr., son Annie Constance, the alleged illegal acquisition of minutes of the House of Representatives, and allegedly denying the government of several million U.S. dollars that were intended to fund road projects in the country.

He has denied the charges, adding that he has committed no wrong that warrants his impeachment from the Supreme Courtâ€™s bench. â€œThe impeachment charges against me as found in the bill of impeachment cannot be the reason for my removal. This can be described as a sad time for our countryâ€™s democracy,â€ he said.

According to him, every action that was taken by him while serving as justice in chamber at the time was done in line with the Liberian constitution.

In a bill of impeachment initially introduced by two members of the Coalition for Democratic Change, Montserradoâ€™s fifth and eighth district representatives, Thomas Fallah and Acarous Gray, the Associate Justice of the Supreme Court was accused of abusing his power to prevent a now deceased businessman, Austin Clarke, from collecting a US$1 million judgment in a case of defamation against EcoBank. They cited another case where they say Jaâ€™neh used his influence as a Supreme Court justice â€œto become both a player and a referee in a land dispute in which no lawyer dared take on him because he is an associate justice of the Supreme Court of Liberia and enjoys the luxurious trappings associated with such office and is hiding behind his office and status to sport with the rights of innocent Liberians.â€

The bill was later amended to exclude the EcoBankâ€™s case, before being sent to the Senate for the impeachment trial. The charges include corruption, abuse of power, and theft of property, among others.

But Jaâ€™neh during his first appearance on the witness stand also argued that he was not notified of the amendment of the bill to exclude the EcoBankâ€™s case, as it is required by law. According to him, he is aware of being tried on five charges, and not four.

He disclosed in his testimony that no charge has been brought against him in a court of law, as required by the constitution for a judicial officer charged with criminal offense.

â€œWhen a judicial officer is charged with any criminal offense or offenses, the constitution provides that the person be charged and convicted in a court of law but up to date no charge has been brought against me as required by the Constitution of Liberia. I have not being confronted by anyone. I have committed no proved miss conduct,â€ he said.

He stressed that up to date, he has not been charged with any crime or invited for an investigation regarding the crimes of public record in any court in the country. According to him, theft of property is a criminal offense which therefore requires that he be charged and convicted in a court of law before proceeding for impeachment trial at the Liberian Senate.

A prosecuting witness, Annie Constance, 94-years whose land the House of Representatives has claimed was illegally acquired by the defendant in 1996 also earlier testified in the trial. 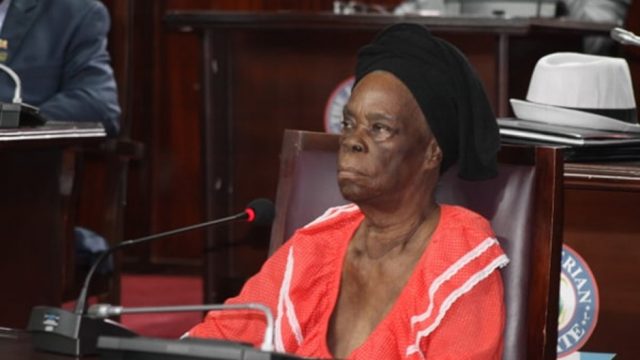 Constance told the hearing that her son, J. Nyumah Constance Jr. had sold the property to Jaâ€™neh while she was away from Liberia in a refugee camp, in 1966. She said Jaâ€™neh also ordered her forced removal from the land in 2018, while she is now in Liberia.

â€œMy name is Annie Constance and I live Sinkor, Saye Town. My land, one government big man called Jaâ€™neh said he bought it from my son, [but] which I donâ€™t know anything about [it],â€ she said. â€œLast year December soon morning I saw people to my house who said I should get outside. They started throwing all my thing outside.â€

The witness said following the incident, she went to see Jaâ€™neh at his office, but was denied an audience after waiting at the office for an entire day. She said since then, her old age has not permitted her to find Jaâ€™neh.

â€œWhen the people put my things outside I went to Jaâ€™neh office and spent the whole day, I suffered to see him. But when he came he never talked to me until I left his office,â€ she further testified. She said her daughter-in-law who was now following up on the land case, [name not disclosed], did not also give her information on the status.

She confirmed that the late J. Nyumah Constant Jr. was her second biological son who sold the parcel of land belonging to her late husband, J. Nyumah Constance Sr. and herself without their consent. With tears rolling down her cheek, the prosecution witness also pleaded with the senators to help her get back her property.

Lawyers presenting the House of Representatives told the impeachment that bringing Madam Constance at the hearing was to prove a point that could justify Justice Jaâ€™nehâ€™s impeachment because her case is one of the many grounds of the Associate Justiceâ€™s impeachment.

The Montserradoâ€™s eighth district representative who is one of the key authors of Justice Jaâ€™nehâ€™s impeachment bill however also testified that Madam Constance had earlier complained to him accusing Jaâ€™neh of illegally taking her land.

Rep. Gray explained that it was based on the complaint that he took the matter to the plenary of the House of Representatives for investigation. He said it was the committee set up to investigate the matter that recommended for a bill of impeachment against the Associate Justice. According to him, Constanceâ€™s late husband served the national army as a General and later also became a lawmaker, representing Nimba County.

But Jaâ€™neh told the hearing that the deed for the land in question was duly issued to him giving him the right to purchase half lot of land for the purchasing price of US$3,500. He said it was probated on February 14, 1997, one year after the land was bought.

â€œWhen I acquired title to the property, this was in 1996 at which time I was an employee of the National Port Authority (NPA). This was 10 years before I assumed the position of an Associate Justice in the judiciary branch of government at the timeâ€ he clarified.

He argued that the seller of the property during the time was at the age of 40 years. â€œHe did at his strength of degree of sale, duly signed by the probate court, which we rely on and purchased the property,â€ he added.

â€œShe said she married to Hon. J. Nyumah Constance former representative of Nimba County in 1940 while her second child Constance Jr. was born 1956, why will she refused to legitimize the child 15 years into marriage?â€

Also, responding to the road fund case, in which the House of Representatives Bill of Impeachment accused him of depriving the government of several million U.S. dollars, Jaâ€™neh said while serving as justice in chamber, he ordered the matter to be sent to the full bench of the supreme court due to its constitutional implication for determination by the full bench. He said the parties involved, including the Justice Ministry, decided to withdraw the matter for settlement while it was still before the full bench of the Supreme Court.

The defense counsel, headed by lead lawyer Cllr. Arthur Johnson is expected to present another witness that will testify on the constitutionality of the ongoing impeachment trial.