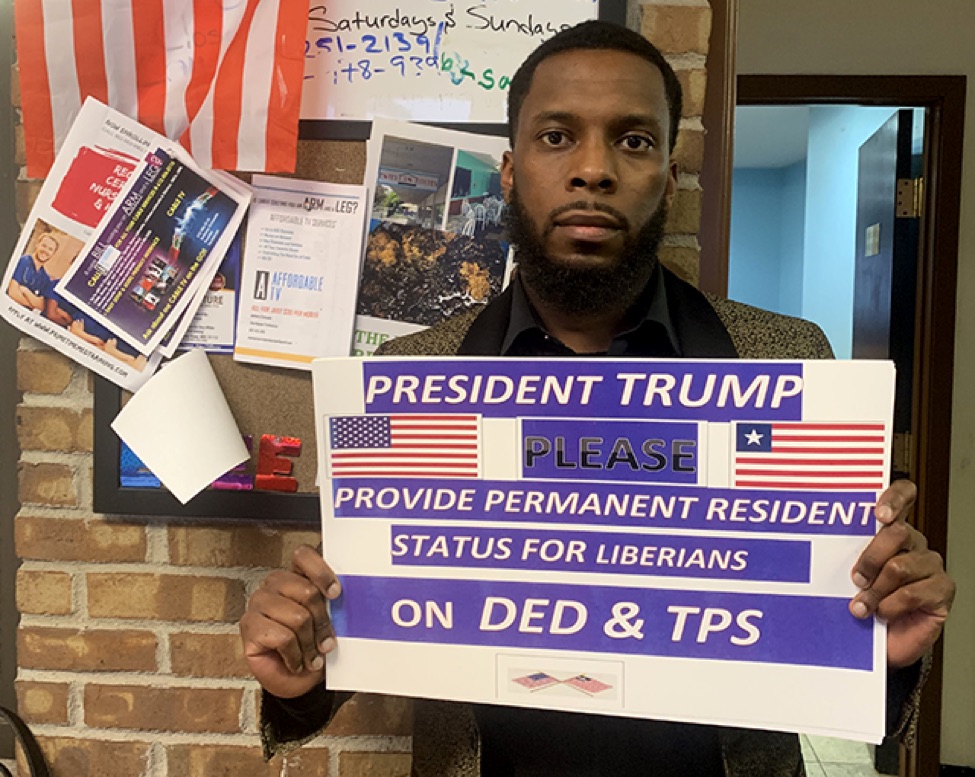 According to the African Community Newspaper, Mshale, the Chair of the Liberian Immigration Coalition, Erasmus Williams disclosed that the rally will take place on the steps of the Minnesota State Capitol and will commence at 1:00 p.m.

Last year, President Donald Trump announced a one-year extension of DED for Liberians to up to March 31 this year, which ends in less than 60 days.

Todayâ€™s rally is part of the â€œDED Awareness monthâ€ campaign launched at the beginning of February by the local Liberian community in Minnesota. The U.S. state senator, John Hoffman also penned a resolution in support of the Liberians immigration status.

The representative of Minnesotaâ€™s fifth district, Ilhan Omar, who also hails from Somalia also showed her support for the campaign. At the recent State of the Union address, Omar took with her a Liberian immigrant, Linda Clark who will be affected by the DED expiration, as her official guest. The representatives believes that Clark who has lived in the U.S. for more than 18-years should not be taken away from her family.

According to MINNPOST based in Minnesota, Clark also disclosed at a roundtable discussion on immigration recently hosted by Minnesotaâ€™s representative that she had move to the U.S. since 2007 as a result of the impact of the Liberian civil, when her family had lost everything in their home country.

â€œWe donâ€™t have health care solutions in Liberia. Here in the United States, we have annual checkups. Every year. We donâ€™t have something like that in Liberia. Your country has not come to that place where they can accept 40,000 or so citizens going back to Liberia, so thatâ€™s why I am doing all things to ask [Trump] to try, in his own way, if he can to give permanent residency to us,â€ she said.

The districtâ€™s lawmaker termed her as the actual type of American success story that should be celebrated, as one who moved to the U.S. in search of a better life, played by the rules, and built a life for herself.

â€œI was pleased to have her join me at the State of the Union and urge the Trump administration to renew DED status for Liberian Americans. The president himself has expressed open hatred towards people fleeing what he calls â€˜shithole countriesâ€™ like Liberia and Haiti and now he is acting on it. I hope after hearing the stories of people directly impacted he can at long last find some empathy,â€ Minnesotaâ€™s fifth district representative said.

Clark is now 50-yearsÂ and lives in north Minneapolis with her mother and two of her brothers. She has worked at Wells Fargo for 14 years, currently as an account resolution specialist.

A Liberian currently serving on the City Council of Brooklyn Park in Minnesota, Wynfred Russell recently introduced a resolution urging Minnesotaâ€™s congressional delegation to act swiftly in protecting Liberians on DED by passing comprehensive immigration reform and by asking the U.S. president to reinstate DED.

Russell announced that the resolution was overwhelmingly passed after a unanimous vote by council members awaiting submission to the stateâ€™s congressional delegation.

Brooklyn Parkâ€™s Mayor Jeff Lunde also declared February 2019 as DED Awareness Month at the councilâ€™s meeting on January 28. The state of Minnesota is the home to the largest community of Liberians in the U.S.

Michelle Rivero, Minneapolisâ€™ Director of the Office of Immigration and Refugee Affairs, in the event where the DED is not extended after its pending deadline, the future of affected immigrants would depend on their situation before they acquired DED, according to theÂ  Minnesota based newspaper.

She also however advised that individuals impacted by the DED should to meet with competent immigration attorneys to understand their options if they had not already done so.

â€œThere are legal clinics that take place weekly in the Twin Cities area. If people donâ€™t know where to go they can check out the OIRA webpage or call my office.â€

She said if the DED is also extended, an announcement will be made providing instructions on how to renew, although there is so far no news about the deadline being extended, amid ongoing awareness by the Liberian community on the injustice of forcing people who have resided in and contributed to the U.S. for decades to return to their country, and motivating the U.S. government to act.