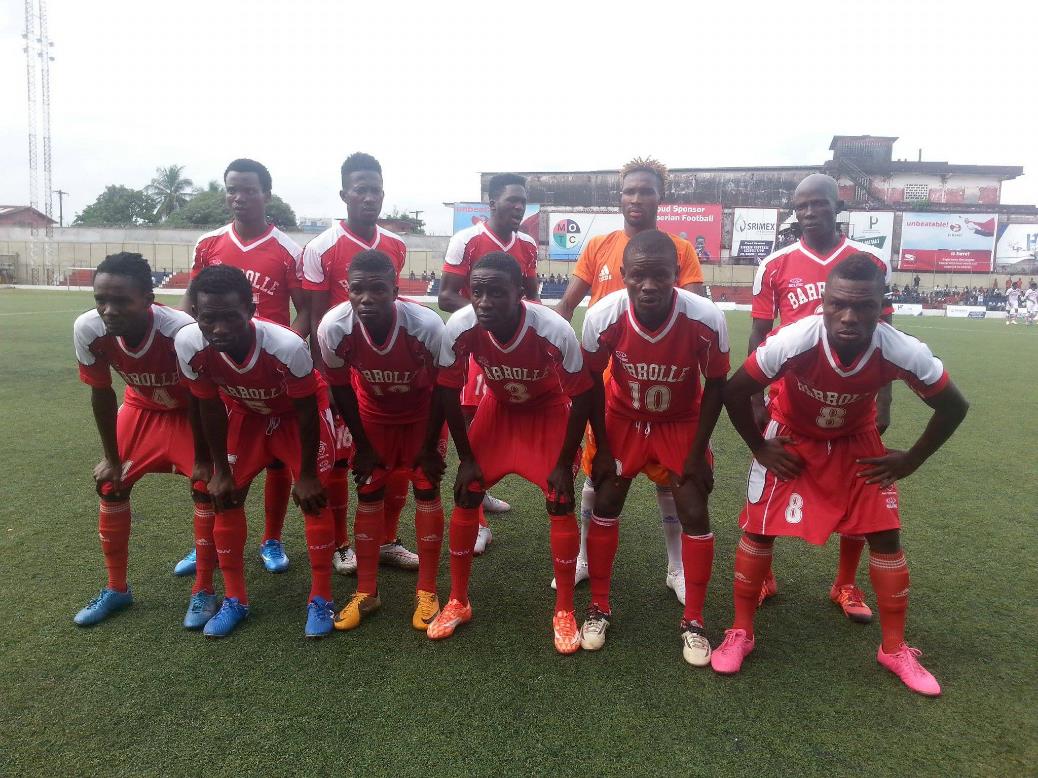 The first division league strugglers bowed out of the competition after a 2-0 loss to a team many considered as the match underdogs.

Following several missed opportunities between both teams, it was the Sinkor-based third division club that got a surprise lead in the stoppage time of the first half. The lower league club got the lead through striker Oniel Wright and went to the first half break with a 1-0 lead over Mighty Barrolle.

Barrolle return from the break in search of an equalizer but their poor form against Samira prevented them from leveling the score until the 88th minute when they were awarded a penalty. The Kanyan Pepper Boys failed to make use of the opportunity given them to get the score leveled.

Striker Julius Woto sent the ball wide off target from the spot. The former UMC Roots striker who has been scoring some important goals for the Mighty Barrolle this season kicked the ball over the bar as the score remained 1-0 in favor of Samira.

With two minutes of regular time left, there were still hopes of Barrolle getting an equalizer to force the match to the penalty spot to decide the winner, but Samira made sure they walked away with a win when they snatched a goal in the 93rd minute through Willie Jones.

The result means Barrolle’s disappointing performance continued in the 2016-17 league season with their poor form in the ongoing first division league.

Meanwhile, Nimba United continued its good form since the start of the second phase of the first division with a narrow win over second division side, Jai Football Club, to advance to the second round of the Knockout Cup. The Mountaineers qualified over Jai FC with a 1-0 win at the Antoinette Tubman Stadium.

After playing to a goalless draw in the first half where Jai dominated with the ball possession but failed to register a goal, Nimba returned stronger and got a goal in the 50th minute through striker Mustapha Lomell. Lomell struck from close range to give Nimba United a goal that would later be the match winner after Jai failed to even the score until the end of the match.

The LFA first division league giant killer, Keitrace Football Club, joined the list of clubs that made it to the second round by defeating second division club, Mighty Kakata, 3-2 on post-match penalties. Both sides played to a 1-1 draw before deciding the winner from the penalty spot.

The Paynesville-based ELWA United put behind them their disappointing form in the first division to enter the second round of the Knockout Competition. ELWA narrowly defeated third division champions Freeport Football Club 2-1 to advance to the second round.