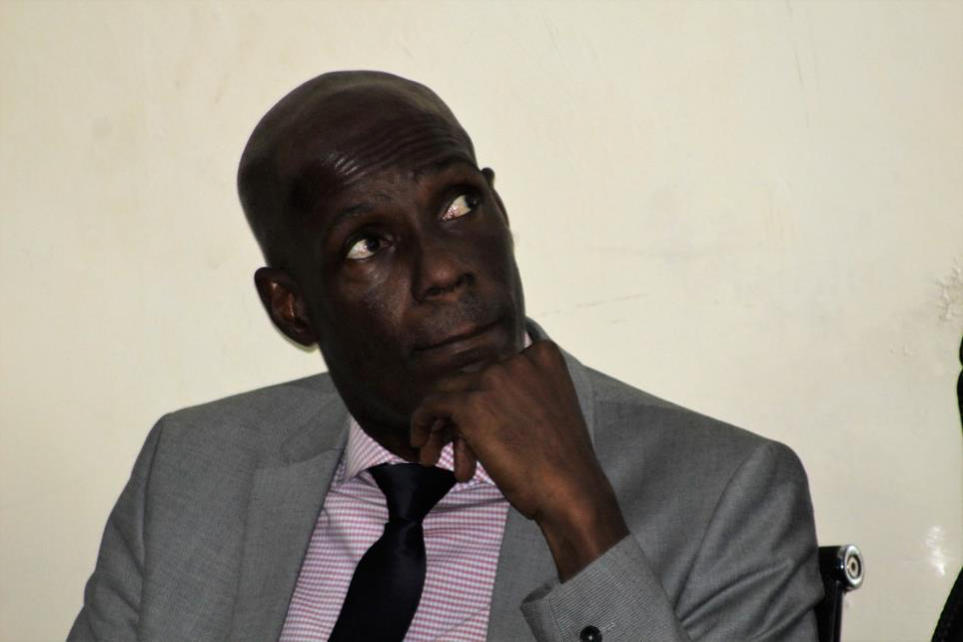 MONROVIA, Montserrado â€“ After United States Congressman Chris Smith of New Jersey issued a statement of concern over â€œworsening political conditions in Liberia,â€ the Liberian government has responded to defend itself.

The statement issued by the representativeâ€™s office on December 23 quoted Smith as being concerned over deteriorating civil and political rights, and rampant corruption occurring under President George Weah.

The U.S. congressman called on the Liberian government to respect the freedom of speech and assembly of Liberians and said the U.S. Congress would be â€œclosely monitoring the mass public demonstration that is scheduled to occur on December 30 in Monrovia.â€

He warned that those suppressing human rights or engaging in corruption could be targeted by sanctions under a U.S. law that allows the American Treasury Department to freeze the assets of human rights offenders and ban them from entering the U.S.

In response, the Liberian government has written a letter to Smith, through Information Minister Eugene Nagbe, which was published on December 24. Nagbe characterized the accusations of the International Justice Group, upon which Smith based his statement, as those of a disgruntled former member of the ruling Congress for Democratic Change, Jerome Verdier.

Nagbe said Smith was poorly informed and that the accusations from Verdier, who previously served as the chair of the Truth and Reconciliation Commission, â€œshould not form the foundation of the position of a United States Congressman.â€ The information minister especially warned that public comments from American officials could easily impact the political landscape in small countries like Liberia.

Nagbe then went on to list areas where he said President Weah had protected civil liberties, beginning with Weahâ€™s support for the freedom of expression.

â€œWe have a thriving and vibrant local media. Political expression, buoyed by the enabling environment, is free and unencumbered,â€ Nagbe wrote.

However, while Weahâ€™s administration passed a landmark law to decriminalize speech, it has also taken contrasting decisions, including shutting down Roots FM, a station with a popular talk show that is critical of the president, for apparently inciting riot and violence. Additionally, Weahâ€™s government has declined to issue an operating license to Punch FM, of opposition member Patrick Honnah.

Nagbe also cited the losses the ruling party incurred in by-elections to opposition politicians, noting that elections observers considered those free and fair. Conveniently, he omitted any references to violence that occurred during those elections, including one in Montserradoâ€™s 13th district, where Senator Nyonblee Karnga-Lawrence, who supported a candidate against the ruling partyâ€™s candidate, directly accused Mayor Koijee, a member of Weahâ€™s party, of playing a direct role.

â€œIn June of this year,â€ Nagbe continued in his defense, â€œThe authorities provided protection to one of the largest gatherings of opposition politicians and their supporters to freely assemble and petition their government as prescribed by the laws of Liberia, for which the government received international acclaim â€“ including from the U.S.â€

What Nagbe did not state in his letter to Congressman Smith is that the June 7 protest was the first time the government had shut down parts of the internet. The move to shut down social media platforms is more typically employed in countries were democratic tenets are not often upheld â€“ ones ruled by dictators.

Overall, Nagbe portrayed the accusations from Verdierâ€™s group as complaints from elections losers who could not accept the votersâ€™ choice.

â€œCongressman Smith, a quintessential and perhaps indispensable facet of democracy is that the losers would accept the legitimacy of the winner and perform as responsible opposition in the intervening period to the next elections,â€ he wrote.

â€œSadly, this has not been the case in Liberia. The elite political class that was ousted by President Weah, who still control many of the vestiges of power in the country, many of the apparatuses of the state; the media, the church, the economy, – have yet to respect the popular mandate of the Liberian people.â€

He invited Smith to Liberia to see the â€œreal situationâ€ on the ground. Additionally, Nagbe said the government would protect the rights of citizens as it has always done.

â€œAdditionally, President Weah is dispatching a high-level team to Washington D.C early 2020 to continue engagement with U.S. government officials aimed at consolidating our relationship â€“ the delegation will seek a meeting with you to discuss Liberia,â€ he added.