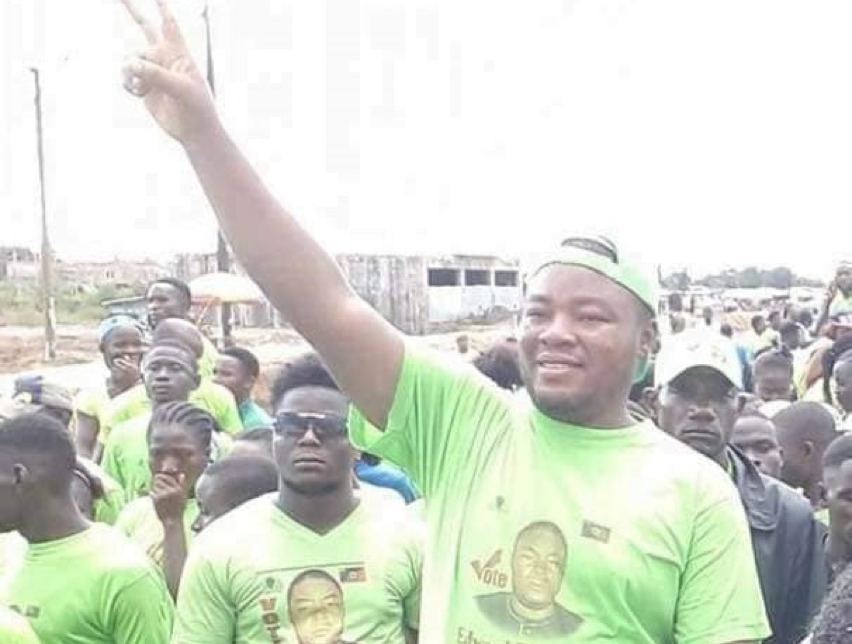 According to the results, Flomo received 5,310 votes, constituting 34.4 percent of the total votes cast on Tuesday.

He is followed by the Coalition for Democratic Changeâ€™s candidate, John Weah, who accumulated 4,879 votes, constituting 31.6 percent of the total votes. Unity Party candidate Cornelia Kruah-Togbah took third place with 2,554 votes or 16.5 percent.

Ahead of the National Elections Commissionâ€™s pronouncement of the official results, Kruah-Togbah, who was also supported by the Alternative National Congress and Liberty Party, has conceded defeat and congratulated Flomo as the presumptive winner of the election.

She posted on social media that she also promised to work with the winner in the interest of the district and the country.

She also hailed her supporters, adding that their vote was a demonstration of confidence over fear, optimism over pessimism, and a desire for change over the status quo. She believes that her position in the election has sent out a signal to the ruling establishment, which she said will do anything to ensure victory.

â€œThe violence that erupted on Saturday, November 17, 2018, was a classic example of how far they are willing to go but you defied their threats, their violence, and their intimidation. You came and voted for the candidate of your choice,â€ she wrote.

She, meanwhile, called on the Liberia National Police to conduct a speedy investigation into the Saturdayâ€™s campaign violence and bring the culprits to justice.

According to her, victims of the violence are Liberians and must never be maltreated with impunity.

â€œWe will release a statement when the police investigations are over,â€ she added.

She wants all Liberians to muster the courage to appreciate the beauty of democracy that many died fighting for. She noted that it is on that foundation that the country continues to succeed, including the election of its first female president and vice president, while many females also currently serve in the legislature as senators and representatives.

The Unity Party candidate said she is proud of running a constructive campaign, through which she developed new ideas to empower Liberians and improve legislative accountability and engage with diverse constituencies to construct a platform that represented their aspirations.

She said her campaign also encouraged many young people to resist cynicism and mobilize to shape their countryâ€™s future.

She praised the collaborating political parties for standing with her.

â€œThe efforts of my campaign team, along with the courageous men and women of these political parties, made us garner the support and votes we accumulated. I couldnâ€™t have been prouder to be the candidate,â€ she noted.

She said while she will remember her battles with sexism, ageism, a well-resourced ruling party, and physical violence at her closing rally, she also remembers the complete joy of seeing young people canvass in market halls, students asking hard and thoughtful questions and market women expressing their pride of seeing women run for office.

â€œThese fond memories would not have been possible without your generous support and encouragement,â€ she added.

â€œOn Tuesday, our campaign came to an end, but this is just the beginning for me. After listening to so many storiesâ€”stories of young people whose potential remain unfulfilled, stories of people without access to the comforts of a modern lifeâ€”I believe I am obliged to share these stories and help shape the national discourse on what effective public policy should aspire to do.â€

She promised to continue toÂ fight for Liberians and empowering young women to enter politics, continue to speak against government corruption and lead community projects that will promote real change.