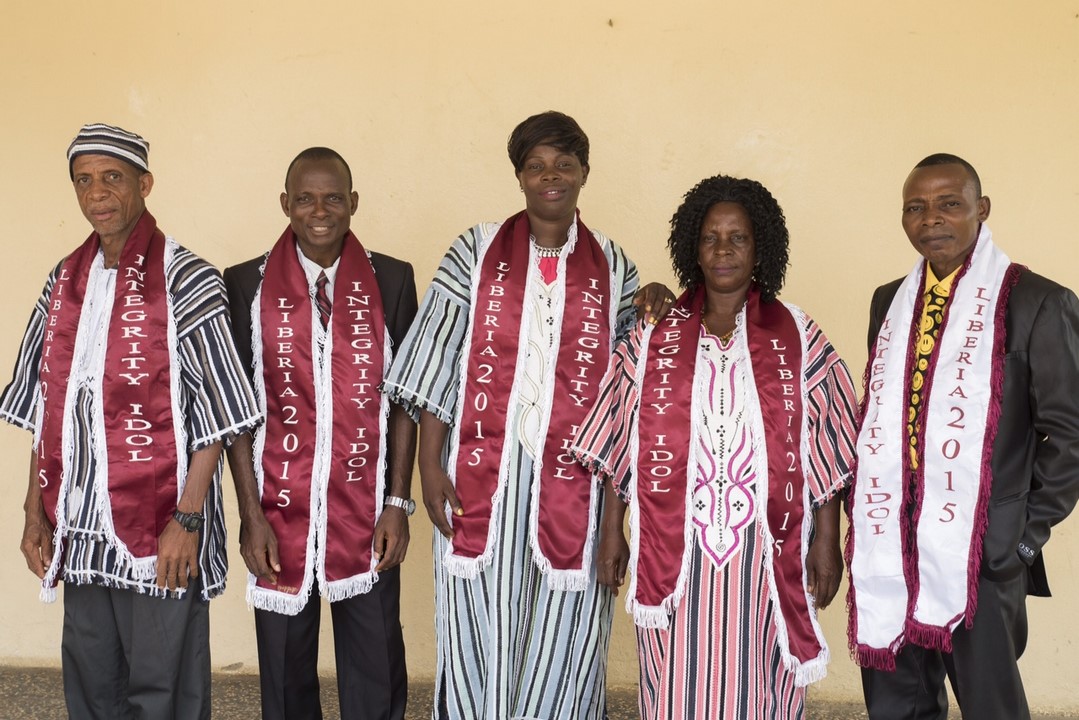 PAYNESVILLE, Montserrado â€“ The conversation about corruption in Liberia often tends to focus on the negative, according to Blair Glencorse. The Executive Director of the Accountability Lab believes Liberians mostly â€œtalk about wrongdoers and not about do-gooders.â€ Such a focus, he said, â€œmakes people feel hopeless.â€

It is why the Accountability Lab hosted its first Integrity Idol in Liberia, to shift the conversation to recognizing honest civil servants who exhibit integrity in their regular line of work.

â€œInstead of naming and shaming the bad people, we name and fame the good people,â€ Glencorse said.

After receiving over 1,400 nominations, Integrity Idolâ€™s team of judges sorted through the entries to select five outstanding finalists who were honored at Mondayâ€™s program at the Paynesville City Hall.

However, although the attention at the end of the competition was placed on these five individuals and the eventual winner â€“ JugbehÂ Kekula, a nurse from Buchanan â€“ Glencorse said the focus should not be about â€œwho won the competition.â€ Instead, the focus should be on the process of identifying and recognizing the work of ordinary Liberians who exemplify what it means to live with integrity.

Noticeably missing from the finalists were any elected or appointed government officials, a conscious decision by the Accountability Lab. The contest was restricted to civil servants who were not appointed or elected to their positions.

As the program got underway, few members of the audience murmured, â€œYou people need to take this to the capitol building â€“ thatâ€™s really where we need to see whoâ€™s performing well.â€

Glencorse seemed open to the idea that Integrity Idol could morph into what Liberians want it to be in the future.

â€œI think Integrity Idol is a work in progress,â€ he said. â€œWe would like to hear from Liberians about how this process would be most useful. And if they think we should include elected officials, then maybe next year we can include them.â€

Ultimately, Glencorse said the point of this yearâ€™s competition is to show that â€œwe all have a role to play in changing our society. Itâ€™s not good enough just to point at the big man in power at the central level and say, â€˜you are corrupt, you need to change.â€™ We need to look at ourselves and work out how we can have integrity because if we all do that, then society will shift and we will begin to see different types of outcomes.â€

Indeed, that seemed to be the same message that Public Works Minister Gyude Moore advocated. Moore represented President Ellen Johnson Sirleaf, who was still in Kenya for Liberiaâ€™s accession to the World Trade Organization. He said ordinary citizensâ€™ perception of how well government agencies performed depended on civil servants.

All five finalists will receive money to fund the projects of their choice. The remaining four finalists were Daniel Gbety Nyenkan, a Court Clerk in Maryland County; Seorweh Dlayee Jaycheneh, a lawyer from Maryland; Oliver K. Kuson, a District Education Officer in Maryland; and ComfortÂ Nimely, a caretaker at the Ministry of Internal Affairs in Grand Kru County.

The top three winners were gowned in country attire and first place winner Kekula was presented with a rooster. The Accountability Lab avoided giving direct cash prizes to the individuals because they wanted to support their work further. The Labâ€™s West African Representative, Lawrence Yealue, said they would fund pet projects of the finalists with approximately US$2,000 each.