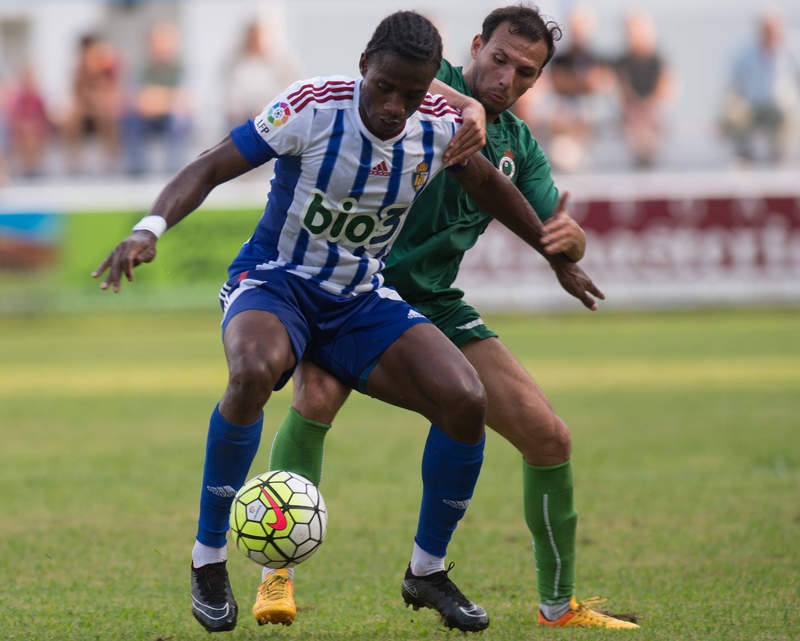 MONROVIA, Montserrado â€“ The Malaysia football league kicked off over the weekend with four Liberian internationals in action at four different venues.

Wilson, who moved to Premier League newcomers Perlis in January as a free agent, failed to register on the scoresheet in his clubâ€™s 6-1 thrashing of Armed Forces AFC at the Tuanku Syed Putra Stadium. With the win, Perlis took the top spot on the league table with three points and a two goal difference over second place UiTM FC.

Perlis will be looking forward to their second successive victory when they host UiTM on Feb. 15.

In the Super League, Krangar scored a goal and set up another as Felda United whipped Kedah 2-0 in their league opener at the Tun Abdul Razak Stadium.

After a goalless first half, Felda stunned Kedah with the opening goal in the 65th minute through Ub Lutfulla Turaev, who fired the goal in from Krangar’s assist. Kedah wilted under pressure after conceding the first goal and gave away a penalty in the 69th minute. Krangar scored the penalty and doubled Felda’s lead.

Felda will travel away to Sarawak in its second fixture on Feb. 16 and Krangar is optimistic that his side will continue to win.

He told The Bush Chicken that his team was fully ready for the season and would not underestimate any opponents. He further expressed his joy for his performance on the first day and hoped it would continue through the entire league season.

With the three points earned, Felda took the control of the top of the Super League table with three points and a goal deficit. Striker Wleh, who had a stunning preseason with Selangor, scoring three times in four matches, was unable to score on his side’s opening fixture away at defending champions, Johor Darul Ta’zim. After a spectacular display from the both sides, there was no winner as the match ended 1-1.

Selangor moved to seventh on the league table with just one point. Selangor will be in search of its first win of the season when they travel to Perak on Feb. 16.

In Malaysia, Weeks began his soccer life with his club Perak and got a disappointing scoreless draw at home to Kelantan. Despite creating more scoring chances in the match, Perak was unable to register a goal on the opening day of the league and will now look for its first goal on Feb. 16, when the team hosts Selangor.

Perak, with no goal scored, sits ninth on the Super League table with a point.

In Spain, William Jebor made his third league start for Ponferradina in a home fixture against AlcorcÃ³n. Unable to score a goal at home, Ponferradina settled for a scoreless draw.

With a total of eleven league games being played, Jebor is yet to score a league goal since he moved to Ponferradina in the 2015 summer transfer.

Ponferradina moves up the 16th place in the Segunda Division with 28 points from 25 games.

Sweden-based forward Sam Johnson concluded his preseason with his club DjurgÃ¥rdens with a comfortable 2-0 win over Norwegian side Aaselunds FK.

In Cyprus, Solomon Grimes played all 90 minutes for his team Nea Salamisâ€™ 2-2 draw away at Enosis.

Grimes made his 19th league appearance from Nea Salamis’ 23 league matches so far this season. Nea Salamis dropped to the 6th position with 23 points.

South African based Anthony Laffor was left out of the Mamelodi Sundowns squad that got a 2-1 win over the powerhouse Orlando Pirates. The three points collected at Pirates extended Sundowns lead on top of the South Africa ABSA Premiership table with 45 points from 19 games.

Laffor has managed to appear 11 times from Sundowns’ 19 league games.

Also in South Africa, Kpah Sherman tasted his first defeat with Santos after a 2-1 loss at home to Highlands Park. Santos remains in the 10th position with 21 points in South Africaâ€™s National First Division. In Myanmar, Keith Nah continues his brilliant performance in the national league. The 23-year-old striker netted his sixth league goal of the season from seven matches. His goal scoring form has helped Yadanarbon climb to the top of the Myanmar national league with 16 points from seven games.

He has now joined top scorer with Christopher Chizoba of Ayeyawady United, who also has six goals to his name.

27 mins ago by Eric Doue