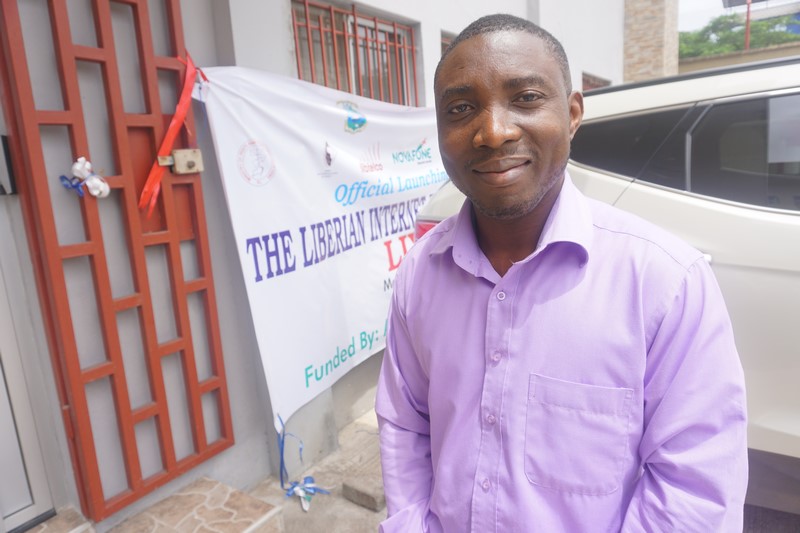 MONROVIA, Montserrado â€“ Liberia has taken a step forward in allowing for cheaper and faster communications between telecommunications operators within the country. The establishment of Liberiaâ€™s Internet Exchange Point is meant to allow local operators to interconnect and exchange information directly, as opposed to communicating with each other through gateways in Europe and the US.

At the ceremony on Thursday August 6, Vice President Joseph Boakai celebrated the commissioning of the facility, making Liberia the 10th African country to set up an IXP.

The center is hosted within the same building as the Africa Coast to Europe submarine cable terminal station. The ACE cable is the first fiber optic cable connecting Liberia to Europe.

In a cool room upstairs in the building is a single rack that holds the four routers for the various telecommunications operators (Libtelco, Lonestar, Cellcom, and Novafone), allowing them to transfer data among themselves. 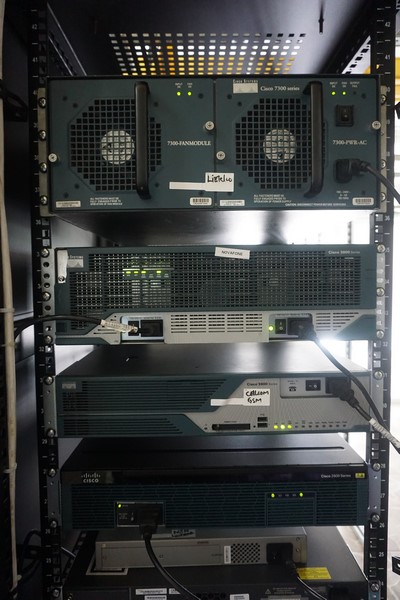 John Gizea, the technical contact for Libtelco, said the center was hosted at Libtelco to encourage autonomy and neutrality since Libtelco is considered an â€œoperatorâ€™s operator,â€ reflecting the role of the government-owned telecommunications operator in providing services to private sector operators.

Gizea said the room is equipped with redundancies to allow power to run 24/7 and also has round-the-clock security.

The project is partly funded by the African Union out of the recognition that many African countries spend a lot of money to have their data transit through European countries, even if both origin and destination is in the same country. One of the reasons for this is the lack of any connection between operators.

Gizea explained the problem telecom operators previously faced.Â  â€œIf a customer on my network – Take for example Libtelco â€“ had to speak to other customers on Lonestar or Cellcom network, what happened was we all had to go outside [to Europe or the US] and come back in through the other service providerâ€™s pipe before we reach the customer,â€ he said.

This system is cost-intensive, Gizea said, because telecom operators have to pay transit fees when they send data through Europe and U.S. It also added additional time to the data transfer.

â€œWeâ€™re all local now, internal, and this means we can have faster communication, the operator can save cost on international bandwidth,â€ Gizea said.

He said he did not expect lower prices for consumers unless telecom operators decided to send their voice traffic through the exchange. He was more optimistic about the potential for businesses to build and host local infrastructure such as mail servers.

Daniel Brewer, the General Manager for the Cable Consortium of Liberia, said he could see data centers being located within the facility to benefit universities and the banking sector, among others. 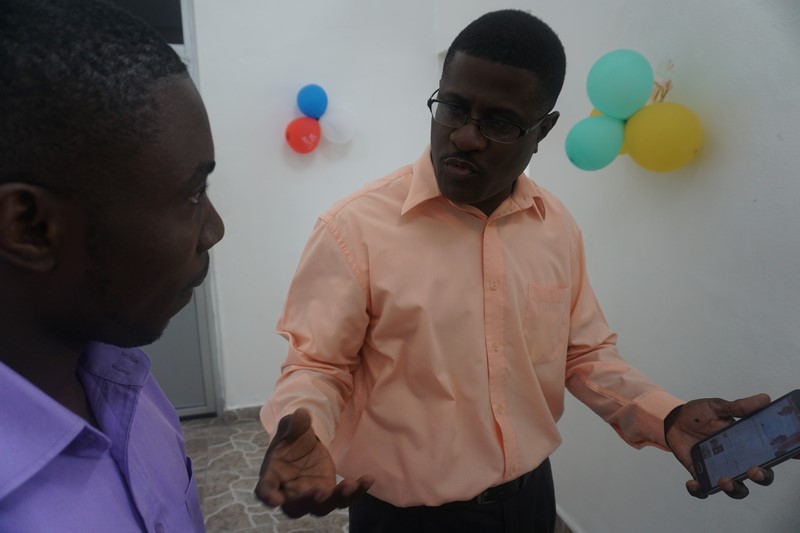 Daniel Brewer (right) describes some of the businesses that could benefit from the Internet Exchange Point, as John Gizea listens on. Photo: Jefferson Krua.

Brewer said one of the telecom operators already plans to build a â€œfull-fledged data centerâ€ where it would offer web hosting services.

He however cautioned that tangible benefits would not come overnight. â€œWeâ€™re just at the infancy of the whole project,â€ he said.

The IXP currently only has between 5-10 kbps worth of data being transferred between the operators, according to Gizea.