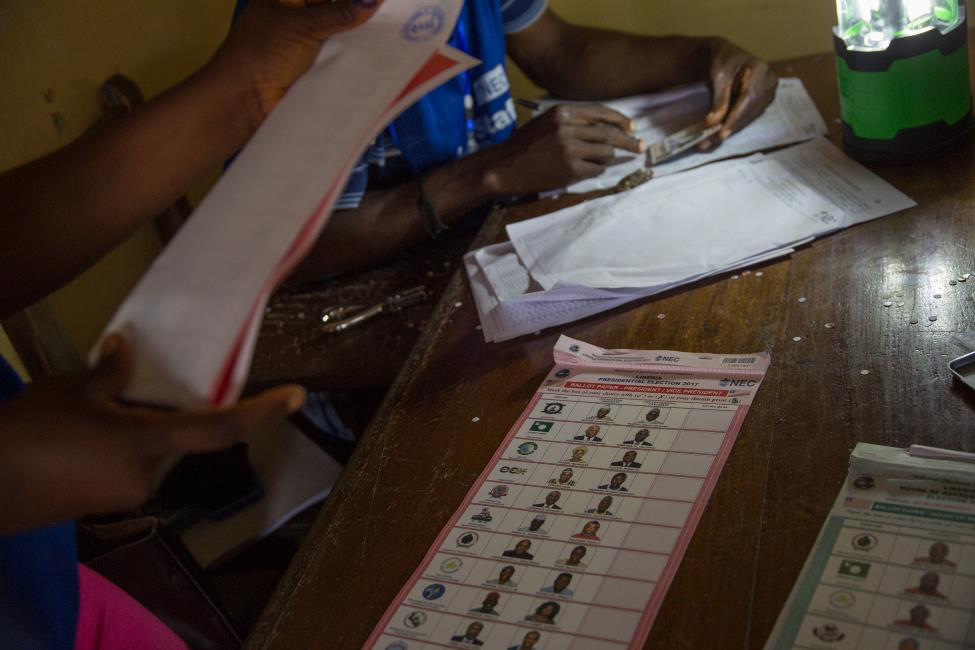 MONROVIA, Montserrado – In the first round of the presidential elections, the number of invalid votes was the equivalent of the number of people who turned out to vote in River Gee, Grand Kru, and River Cess, combined.

NEC Chairman Jerome Korkoya, announcing the final results, disclosed that invalid votes accounted for 88,574, or 5.39 percent of the total turnout on polling day.

The National Elections Commission has attributed the huge number of invalid votes recorded in the October 10 elections to voters’ lack of political interest.

The number has however raised concerns among stakeholders and political parties, especially when it is the country’s fourth major election since the end of its civil war.

The Coalition for Democratic Change, one of the two political parties contesting in the runoff presidential election on November 7 has disclosed that it is worried about the large number of invalid votes from the polls.

The Party is calling on the commission to immediately initiate a vigorous civic voter education ahead of the runoff to avoid recurrence of the first round of the election.

NEC Communications Director, Henry Flomo declined to reveal any action the commission is taking to reduce the invalid votes in the runoff.

Flomo disclosed to The Bush Chicken that voters’ lack of political interest is a combination of reasons for the huge invalid votes recorded. Yet he did not clearly state other factors that contributed to the number of invalid votes.

“You first need to investigate or talk to some of the polls workers, observers and party agents and journalists who watched the polls,” he wrote in an email responding to The Bush Chicken’s inquiries.

According to the Daily Observer, Flomo’s boss, Korkoya, had stated that indiscipline was to blame for the high number of invalid votes.

“Many deliberately caused invalid votes. They did not do it out of ignorance or illiteracy as it appears,” Korkoya said.

However, despite NEC officials’ claim, a Bush Chicken analysis of the invalid vote percentage for each county suggests a correlation with illiteracy, urbanization, and inaccessibility. Except for River Cess, Maryland, and Grand Kru, the pattern holds that the more literate a county is, the lower the percentage of invalid votes.

The analysis also shows that the level of urbanization may also play a role in explaining the outlying counties. While Maryland’s relatively high level of invalid votes could not be explained by the level of literacy and urbanization, River Cess and Grand Kru are the least urbanized counties, according to the 2008 census report. According to the report, only 3.34 percent of River Cess’ population lives in urban areas, compared to River Gee that has 26 percent of its residents are in urban areas. Prior to the polls on October 10, voters in River Cess’ smaller towns and villages feared that there would be a huge number of invalid votes in the county because of the failure of voter educators to reach them. They said voter educators were only seen on main roads and market grounds of larger towns.

The head of civic education in the county confirmed that his team was only targeting larger towns. For a county like River Cess that has only a small percentage of its residents living in larger towns and cities, it then makes sense that such voter education efforts would have limited effect.

Counties like River Gee and Grand Gedeh, which are highly inaccessible but are more urbanized, followed the pattern of the literacy rate correlating to the number of invalid votes.

However, even if the number of invalid votes is high, it is lower this year than during the last presidential elections in 2011, invalid votes constituted 6.36 percent of votes, compared to this year’s 5.39 percent.