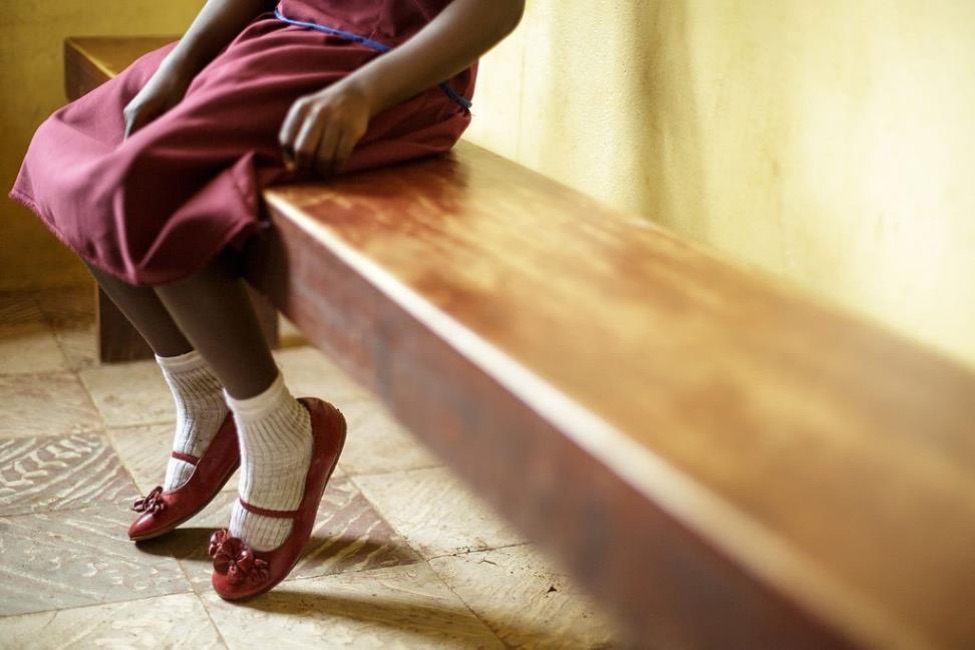 MONROVIA, Montserrado â€“ A special investigative panel set up by the Liberian Advisory Board of More Than Me has released its report, confirming allegations of wanton sexual abuse of underage girls at the organizationâ€™s academy in Monrovia.

In 2018, ProPublica and Time Magazine jointly published a damning report which alleged that a man, Macintosh Johnson, who had helped Katie Meyler launch More Than Me, abused his position of privilege by sexually abusing many of the girls in the academy. The article recalls tales of Johnson raping students at his house, in the school building, and in the organizationâ€™s guest house, culminating with his arrest in 2014.

The report was accompanied by a documentary video and noted that the channels for the girls to report the rapes were compromised, as Johnson had been romantically linked to Meyler, in addition to other staff members. It also alleged that a second staff member, Cyrus Cooper was found to have raped a student attending the school in 2016, suggesting that proper policies had not been put in place after Johnson.

Following pressure from civil society organizations in Liberia, the American charityâ€™s local advisory board appointed an independent panel to investigate the allegations. The panel was chaired by prominent Liberian lawyer Negbalee Warner.

The panel was mandated to investigate the multiple and specific allegations of sexual abuse and exploitation of the female beneficiaries, along with the suggestion that the organization and its founder partly created the environment that enabled the abuse, and upon discovery of the abuse, did little or nothing to ensure that the victims got justice through at least the successful prosecution of the perpetrators.

The report was released on Saturday, June 1. It confirmed allegations that underage girls at the More Than Me Academy were sexually abused by Johnson and Cooper.

â€œBased on the evidence culled from the records and interviews as well as written responses received, the panel found that the allegations contained in the ProPublica story relative to the female beneficiaries of MTM being â€˜unprotectedâ€™ are essentially true,â€ the report said.

However, it noted that survivors and their parents, as well as some government officials and members of the West Point community, still have confidence and hope that the laudable goals and mission of More Than Me can still be achieved if the organization is properly managed and supervised.

According to the report, although the charity organization was established with good intentions and its goals and mission are laudable, the operations in Liberia started more on idealism and passion than with thoughtful studies, plans, and policies. It said some of those recruited as staff apparently did not share fully in Meylerâ€™s vision.

The panelâ€™s mandate also included establishing the truthfulness of any of the allegations and advising the board on relevant measures to be adopted going forward for the safety of vulnerable children for whom the organization seeks to provide education and opportunity for a better future. According to the report, members of the organizationâ€™s board failed in their oversight functions, and in appreciating the scope of their responsibility to protect and safeguard the students.

â€œThere is also [a] deficit of information about communications between MTM and its donor regarding issues of safeguarding, especially after the discovery of the Macintosh Johnsonâ€™s abuses,â€ it added. It says government agencies in Liberia failed to ensure that the American charity complied with requirements, including the countryâ€™s laws and regulations.

The panel also concluded that the conduct and other actions of each of Johnson and Cooper while employed by More Than Me was statutory rape.

It also concluded that the organization has a responsibility and may be held liable civilly or otherwise for the acts of its two employees and its action not to report the rape allegation against Cooper.

At the same time, the report concluded that More Than Me as an organization, along with its directors, CEO, and other senior officers involved in handling the two incidents may be found to have violated the Children Law of 2011, especially the principles of the best interest of the child, standards for child protection practitioners, and failure to report the abuse.

It also attributed the abuse of the girls and delays in discovering the abuse to a decision by the founder of More Than Me to operate in private homes, without necessary policies, structures, and established offices, in addition to her romantic relationship with Macintosh.

The panel, meanwhile, recommends that the charity be made to consider the best interest of the survivors consistent with the provisions of the Children Law, and should include respecting their requests that MTM be allowed and continued to operate in an appropriate environment that adequately protects them from abuse and ensure compliance with applicable laws and best safeguarding practices pertaining to children.

The panel also recommends that the organization and its board accept full responsibility and liability for the abuses against the students and work with stakeholders to establish a path for moving forward based on openness, accountability, and due respect for the best interest of its beneficiaries.

â€œThat MTM should make reasonably adequate provision for the sustainable financial support of the survivors, which should substantially be greater than what is currently provided. This could entail the establishment of a trust fund for survivors known and others that may come forward or be identified in the future,â€ it added.

â€œThat Katie Meyler accepts responsibility and/or be held liable to the fullest extent of applicable law (s) for her actions, inaction and decisions that caused or contributed to (i) Macintosh Johnson and Cyrus Cooper abusing the girls; (ii) delayed discovery/reporting of the abuses and rapes.â€

The panel further recommended that the report be shared with the government for possible investigation and subsequent prosecution of Cooper and any individual that may have assisted him with the alleged rape.

Members of the panel were selected to represent a cross-section of society, including civil society, women, rights and religious institutions. They are Frances Deigh Greaves of the National Civil Society Council, Marpue Speare of the Women NGO Secretariat, and Tonieh Talery-Wiles of the Independent National Commission on Human Rights. Others are David Sheik Konneh, T. Nelson Williams and Daniel Grant.

Although Williams and Talery-Wiles did not sign the report, the report noted that all members on the panel fully participated in the investigation and preparation of the final report, including its findings, conclusions, and recommendations â€œexcept for Ne-Suah B. Livingstone, who attended a few meetings before being indisposed,â€ the report said.

On May 9, More Than Me revealed that its Global and Liberian Advisory Boards wrote a letter to Education Minister Ansu Sonii and five additional ministries acknowledging and apologizing for its past failures.

In the letter, the organization provided an update on actions it is taking to ensure that students at the academy are properly safeguarded. Those actions included the resignation of Meyler as CEO, the ongoing reconstitution of the Global Board of Directors and restructuring of More Than Me into two entities, to divide the operations in Liberia from its fundraising responsibilities in the U.S. and the hiring of a new country director â€“ a Liberian who has extensive management and education experience to oversee the organization.

More Than Me also shared a Safeguarding Audit conducted by McLane Middleton, a U.S.-based law firm with deep education and investigatory expertise. This in-depth external audit evaluated More Than Meâ€™s governance structure and administrative policies and practices. The audit details the current safeguarding practices at More Than Me and provides findings and recommendations as to how the organization might further improve its governance and administration.

It has acknowledged receipt of the independent investigative panelâ€™s report.

â€œWe also recognize words are not enough, which is why we are announcing important changes to the organization to ensure a safe learning environment for our students. While More Than Me has already made numerous changes to more effectively safeguard our students, there is more to be done and we are taking decisive action,â€ the boards wrote.

â€œNo child should ever have to endure sexual abuse, and we are profoundly sorry some of our students were victimized. We sincerely apologize to those who were harmed, and we deeply regret their suffering.â€

It said while the independent panel and McLane Middleton have identified past shortcomings and recommended additional improvements, they highlighted the importance of the work it is doing in the country and the significant strides made in addressing safeguarding since 2014.

While More Than Me has been pushing to have independent investigations of its activities, the Liberian government has been slow to take any action. While the government reopened the case, there has been no update on any progress from any of the government ministries involved.