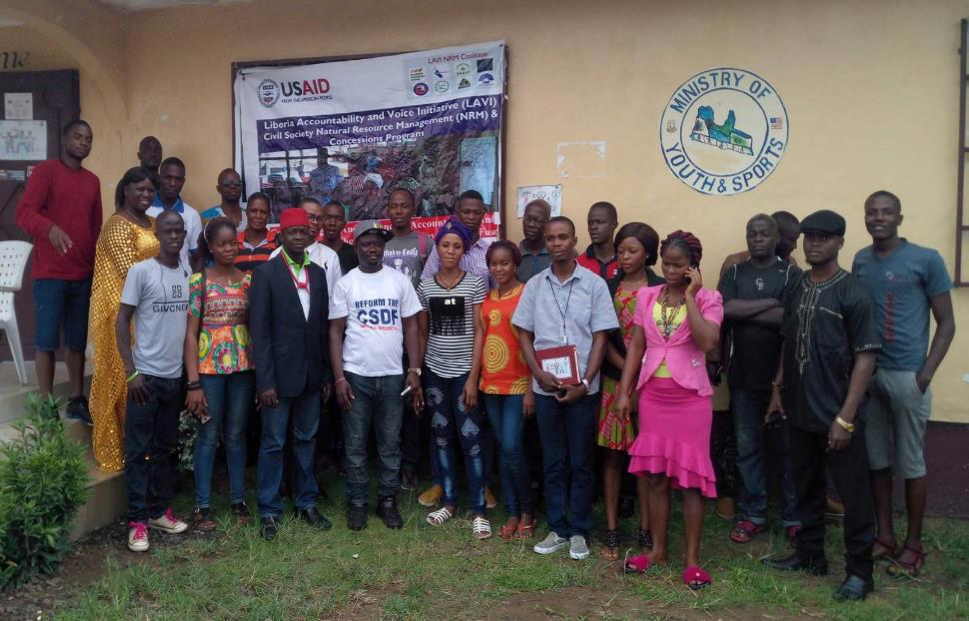 GANTA, Nimba â€“ The Institute for Research and Democratic Development, under the Liberian Accountability and Voice Initiative Natural Resources Management project, has concluded a gathering in Ganta meant to deepen citizensâ€™ understanding of county and social development funds.

The meeting, which brought a variety of stakeholders, including media practitioners, local authorities, women and youth groups, allowed them to express their views about their knowledge on the CSDF and how they feel it must be used for the citizensâ€™ benefit.

The funds were established in 2012 and are a combination of county development funds (an equal sum of US$200,000 provided to each county on a yearly basis) and social development funds (monies made available to a county through companies that extract its natural resources).

Sam G. Ta-Kruah, who represents IREDD in Nimba, informed participants that their involvement is crucial to ensuring that the funds are used for projects of greater importance.

â€œIt is you, the citizens, who decide when, how, and what your CSDF should be used for,â€ he said.

The meeting concluded with nine resolutions:

According to Ta-Kruah, the resolution would form part of IREDDâ€™s final report to be submitted to USAID, after which it will be presented to the government of Liberia. Similar meetings are expected to follow in Grand Gedeh and Sinoe.

However, the resolutions suggest that the meeting participants may not have been aware of the draft Local Governance Act that is lingering in the legislature, or its key provisions. Much of the requests included in the resolutions would be unnecessary if the bill became law.

Additionally, there appears to be confusion over the county social development funds and legislative support projects. The latter provides funds to lawmakers to spend in their respective districts and counties through the administration of the Liberia Agency for Community Empowerment.