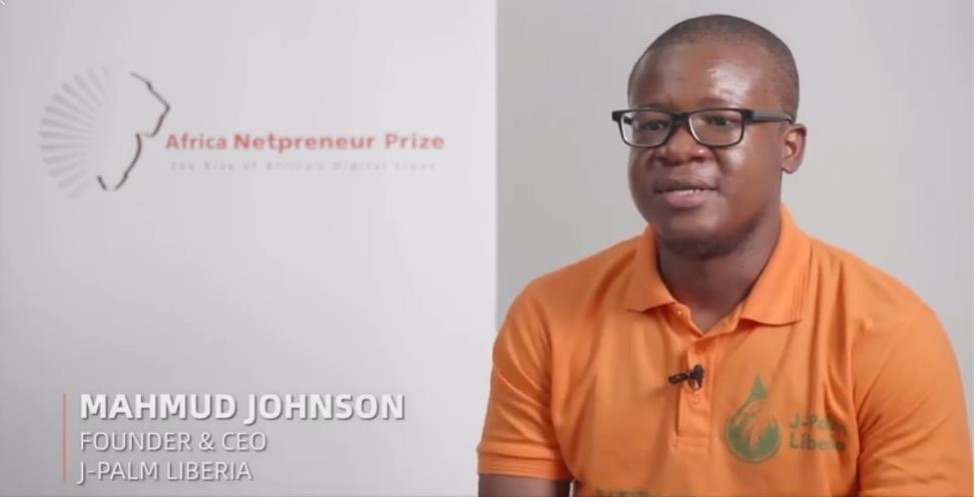 J-Palmâ€™s CEO Mahmud Johnson and nine other top African business executives were announced on Monday as the top 10 finalists for the prizeâ€™s grand finale event that will take place in Accra, Ghana on November 16, 2019.

The prize was founded by the Jack Ma Foundation of the Chinese billionaire and aims to support and inspire the next generation of entrepreneurs who are building a more sustainable and inclusive economy for the future. Each year, 10 finalists are selected to compete in a final pitch competition that will be broadcast across the continent. All 10 finalists will gain access to the Netpreneur community of African business leaders to leverage the communityâ€™s shared expertise, best practice, and resources.

The finalists shortlisted will now go on to pitch their business directly to four judges, including Jack Ma, the founder of Alibaba. The winners will receive a share of the US$1 million grant prize pool.

J-Palm was previously selected as one of 20 sets of companies from a pool of almost 10,000 applicants from 50 African countries. The company participated in the top 20 pitch in Nairobi, Kenya.

In November, the Jack Ma Foundation will host a full-day Africa Netpreneur Summit, an invitation-only conference for the finalists, where African and global entrepreneurs, investors, educators, and leaders will convene to discuss how best to enable entrepreneurship and a digital economy across the continent.

Guest speakers at the conference will include former U.N. secretary-general Ban Ki-moon.

According to a press release issued by the initiative, Ma said the Africa Netpreneur Prize Initiative was launched to identify top entrepreneurs from across the continent, and not only to reward them but to inspire a whole new generation of potential game-changers for Africa.

â€œI have been inspired by the entrepreneurs I met in Africa, many of whom are dealing with the same challenges we faced when we started Alibaba years ago,â€ Ma was quoted as saying. â€œI truly believe the potential of Africa’s business heroes is limitless.â€

J-Palm is one of Liberiaâ€™s biggest local manufacturers of consumer goods currently sold in most supermarkets and convenience stores in Monrovia. The company recently added premium lotions to its catalog of soaps, oils and face scrub.

The company won the first Johnson & Johnson Africa Innovation Challenge during the Global Entrepreneurship Congress in Johannesburg. Its CEO, Johnson, also won the African Entrepreneurship Award with a cash prize of US$150,000 to support his business in 2016.

He disclosed in an interview with The Bush Chicken on Monday that he was happy for his company to be recognized among the top 10 in Africa, and especially placing Liberia on the map of innovation in business among thousands in Africa.

â€œIt means a lot not personally to me or the company, but for a country like Liberia to be represented at that level, it is very inspiring. Not just to us, but to young entrepreneurs in Liberia in general because it shows that hard work with dedication, focus, identification of the real problem and creating an innovative solution, that itâ€™s possible to reach this kind of level,â€ he said.

Johnson also believes that his achievement will inspire other entrepreneurs on the role of businesses to impact society, beyond just reaping profits.

â€œLet them be able to think [more] broad about business â€“ not just about the bottom line. Itâ€™s about how you set up a business that is socially conscious and is solving social problems,â€ Johnson said.

If J-Palm wins, Johnson said the prize will help in his companyâ€™s expansion drive by increasing its supply chain and working with more local farmers and producers of palm kernel, while also providing them with empowerment.