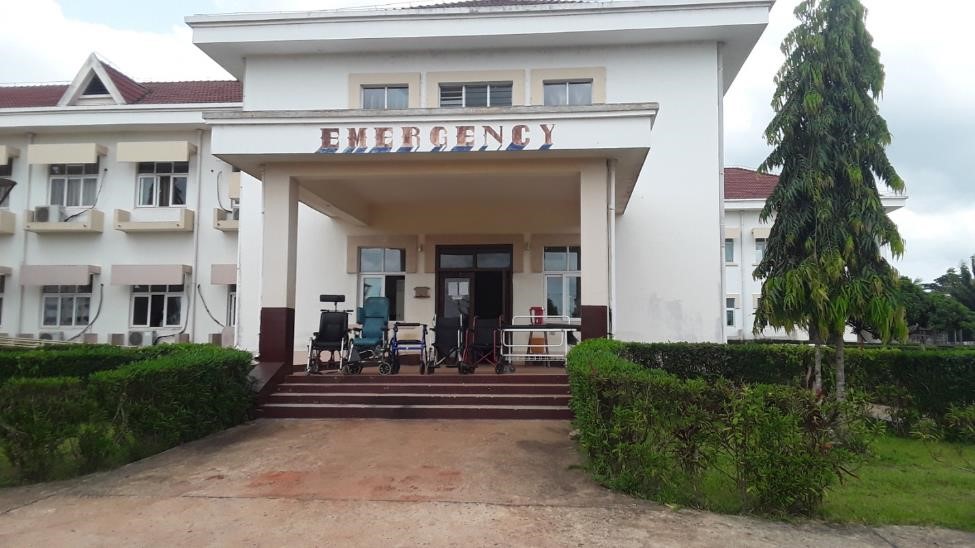 TAPPITA, Nimba â€“ The Jackson Fiah Doe Memorial Regional Referral Hospital has confirmed its first positive case of the Coronavirus. The case was also the first death resulting from the virus in Nimba and the fourth nationwide.

Darlington Gweh, a U.S.-based Liberian who had been visiting Nimba to pay a bride price, died over the weekend. His positive test came after a specimen from his body was taken to the National Reference Laboratory.

In a brief telephone conversation with The Bush Chicken late Wednesday evening, the chief executive officer of the hospital, Dr. Saygbay Vanyabah, confirmed that Gweh had tested positive of the virus, but he declined to provide further details. Vanyabah had earlier countered rumors that the hospital had a Coronavirus patient. At that time, the test results had not yet returned from national health authorities.

Appearing on the Voice of Tappita on Wednesday evening, Vanyabah said now that Tappita has recorded its first COVID-19 death, residents of the area should re-double their efforts in practicing the prescribed preventive measures. He encouraged the media and health workers to continue raising awareness.

Vanyabah added that the hospitalâ€™s taskforce is collaborating with contact tracers to identify all those Gweh may have interacted with prior to his death.

He said health workers at the hospital, particularly the mortician who had contact with the body, are being placed under observation.

Another health official in Tappita Health District, Sam Blah, said authorities have launched rigorous contact tracing activities in Zuotuo to identify all those the deceased had contact with upon entering the town to pay the bride price.

The news of a confirmed Coronavirus death has caused a panic among Tappita residents, because Gweh interacted with many people in the town he visited, given the nature of bride price ceremonies. Since the ceremony ended, many who attended have returned to their respective homes, and that could make contact tracing difficult.

Nevertheless, several callers to the Voice of Tappita show Vanyabah spoke on pledged to join health workers in educating the community about the danger of the virus. Gwehâ€™s death has been a wakeup call to many in the area who may have previously doubted the existence of the virus.