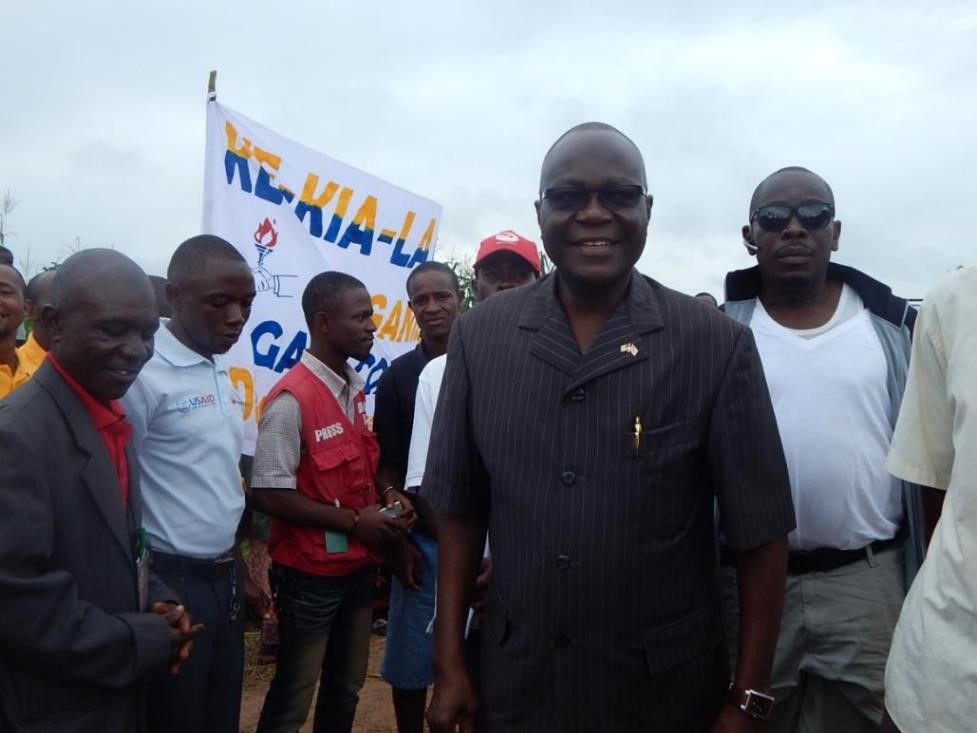 Sulunteh, who previously represented Liberia to the U.S., Mexico, and Canada, announced the provision of 30 scholarships for students at the Bong County Technical College in Gbarnga. He also said there would be two slots for graduate students to study in the U.S.

Sulunteh said beneficiaries of the two U.S. scholarships would be selected from Suakoko District in Bongâ€™s fifth electoral district, his native district. He said Suakoko has not significantly benefitted from scholarship opportunities he had negotiated in the past for students to study abroad.

Sulunteh made the announcement recently in Gbarnga when he returned from the United States.

â€œAlcorn State University was able to give us two graduate scholarships that I brought back with me, in nursing and agriculture,â€ Sulunteh told reporters.

While in the U.S., the former ambassador said he also negotiated partnerships with Mississippi State University and Jackson State University for student and faculty exchange programs with universities in Bong and Liberia, by extension.

â€œIn addition to that locally, we are announcing 30 scholarships for BCTC as of today. We have a committee to work on that to select the students.â€

He called on applicants to be diligent and hardworking scholars.

â€œGoing forward, students that will be recruited will have to be smart; they got to be out there, do their part while we do our part,â€ Sulunteh said.

While serving in the diplomatic mission, Sulunteh negotiated for four scholarships for youths in Bong, Lofa, and Nimba to study in the U.S. in 2013 and 2015.

He said three of the students have completed their masterâ€™s programs while one of them is completing his Ph.D. this month.

He called the offer â€œtimelyâ€ especially when students are struggling to pay their fees to acquire university education.

â€œThis is very encouraging; it will motivate the young people. We just want to say thanks to the ambassador for this wonderful contribution to the education of citizens in Bong,â€ Mulbah said in an interview with The Bush Chicken. Mulbah said he recently attended a meeting in Suakoko comprising of citizens who will select the two students for the foreign scholarships.

The former acting president of the Bong County Technical College, Charles Mulbah (a native of Suakoko), is the chairperson for the vetting committee for the two students. Cuttington University Faculty Associationâ€™s president, Lepolu Torlon, and several other persons are also members of the vetting committee.

During the 2017 elections, the former ambassador was the vice-presidential candidate on the Alternative National Congress ticket.