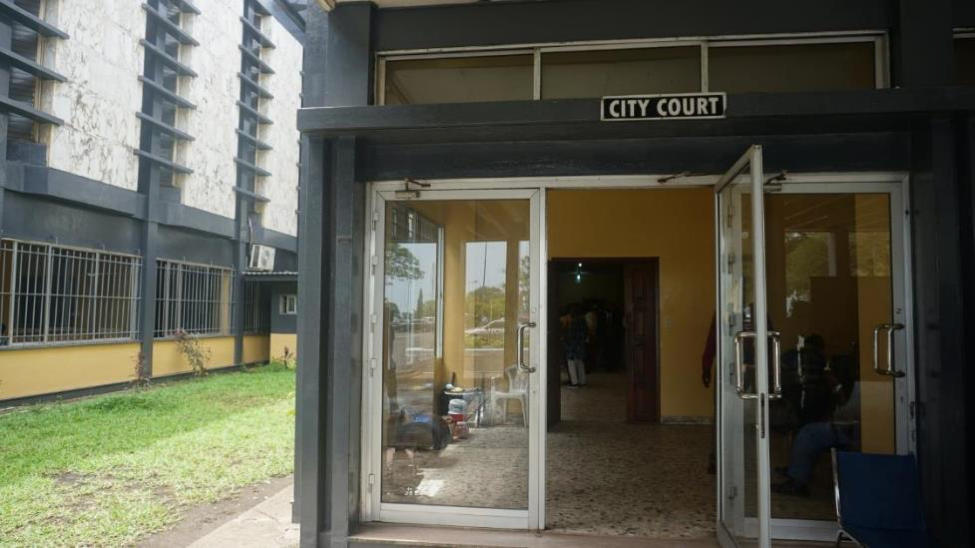 MONROVIA, Montserrado â€“ Jonathan Williams, the 48-year-old man who was arrested as the prime suspect in the case involving the death of Super FM journalist Tyron Brown, has been formally charged for murder and sent to court.

Williams was processed to court on Tuesday along with five others who were also charged for criminal facilitation and conspiracy in connection to the case. They include Alice and Edwina Youti; Massah and Caesar Kennedy; and Joana Bracewell.

They have been sent to jail pending trial. Except for Williams, the other five are entitled to criminal bond. Murder is not bailable under Liberian law.

ELBC Radio reported that Jonathan Massaquoi and Arthur Johnson, who represented the defendants, announced they were in search of valid criminal bonds for the four female defendants, but the bonds were not filed up to the close of business.

The lifeless body of Brown was discovered during the early hours of April 16, in the Kingdom Care Community on Duport Road, with physical injuries.

According to the Liberia National Police, the murder suspect was arrested following a tip from a member of the community and he admitted to killing the journalist.

The Bush Chicken has not obtained a copy of the police charge sheet, but the Daily Observer reported that the police charge sheet alleged that Alice, Edwina, Massah, Caesar and Joana deliberately and criminally concealed information about the murder of the victim by the defendant Williams for nearly one week.

According to the report, the investigation explained that the journalist had gone to visit Edwina Promise Youti on Sunday, April 15 in the Kingdom Care community, where she lived with her cousin, Alice, and suspect Williams, in one apartment. It was during the visit that he was attacked and stabbed with a knife twice in the left rib and once on the left upper back, which resulted in his death.

The report noted that upon notice that his action caused the death of the journalist, the defendant contacted another accomplice identified as â€œBill,â€ who assisted in placing the journalistâ€™s corpse in Williamâ€™s white Infinity Jeep and dumped it around the Kingdom Care Clinic.

The report further quotes police sources, claiming that Williams also washed the blood from his jeep as means of destroying evidence.

â€œThey also claimed that after the incident, Williams explained the incident via mobile phone to his brother Daniel Socree, and a few hours later, Socree drove to Williamâ€™s compound along with a man said to be Chris Massaquoi, the former police director,â€ it noted.

The report also added that after Massaquoi, defendant Williams, and Socree visited the scene of the incident, the police report claimed that the former police inspector general held a meeting and placed the corpse of the journalist Â in his jeep with the help of Kennedy and another suspect identified as Ernest Kermue, and took it further to the Kingdom Care road, where it was discovered by community residents. The police have said that Kermue is on the run.

Williams also reportedly ordered that the plastic he allegedly used to wrap the corpse be burnt and the remains be placed in his septic tank.

After being processed to court, the report said a brief hearing presided over by Magistrate Kennedy Peabody of the Monrovia City Court was held. However, tight security prevented members of the public, including relatives of the late journalist, from having access to the courtroom.