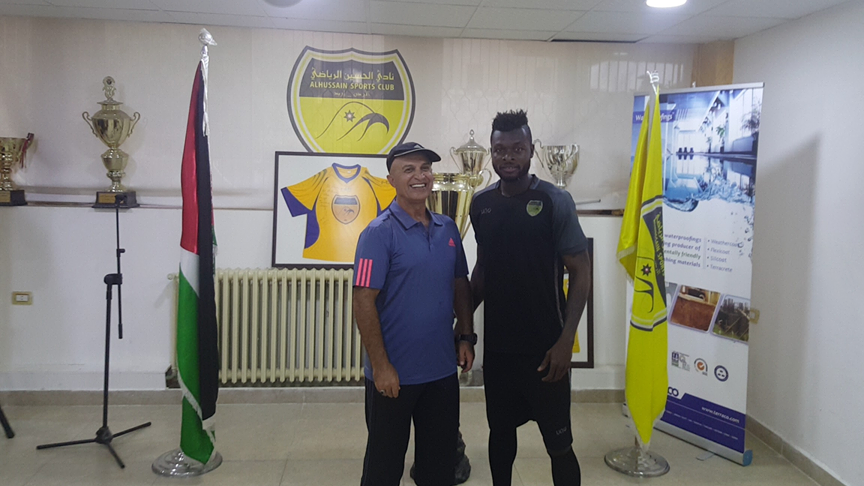 The defender moved abroad in 2014 after agreeing to a half-year loan deal with Jordanâ€™s Al Ahli from Liberiaâ€™s Barrack Young Controllers.

His move to the Jordanian club came as a welcoming news for many Liberians who were hoping to see him play on a foreign soil after establishing himself as one of the best players in the Liberian league.

After an impressive display with Al Ahli in the second phase of the 2014-15 Jordanian League, his stay was extended by another year.

He continued to display his fine form with Ahli during the 2015-16 season, as he was a key figure in the squad. He concluded the 2015-16 season by winning the Jordan Cup, scoring the only goal in the final to help Ahli win its first ever trophy.

His display with Ahli caught the attention of many clubs in Asia, but it was Malaysian club Sarawak that captured his signature. The Liberian national team captain signed a one-year deal with the Malaysian Super League club as he joined fellow Liberians, Patrick Ronaldinho Wleh, Zah Krangar, and Francis Forkey Doe in the top flight of Malaysian football.

After just a year with the Sarawak state club where he helped them escape relegation, he was released and began his search for a new club. He eventually returned to former club Al Ahli for the second phase of the 2016 Jordanian Premier League.

Having already played with Ahli before, Dennis didn’t take long to adapt as he soon helped the club finish in the top six of the league table.

With Ahli offering him the opportunity to play in the 2016 league after being dropped by Sarawak, many expected Dennis to be with Al Ahli for another year.

However, he has put behind him their good gesture as he moved on to join another Jordanian top club, Al-Hussein. The former Barrack Young Controller center defender signed a deal with the club for one year.

Dennis told The Bush Chicken he doesnâ€™t regret his decision as it was the best for him at the time.

â€œThis is football and these things happen. Players and clubs make decisions that fans donâ€™t expect,â€ he said. â€œI had a great time with Ahli. I won the Jordan Cup, played outside Jordan and returned to the club. That shows I leave with a good heart and can still work with them in the future. But for now, this is the best decision. All Iâ€™m thinking about is to help my new club win trophies.â€

Al-Hussein finished sixth last season with 30 points from 22 games, and Teah Dennis has quickly set his eyes on helping the team to be a title contender for the upcoming season.