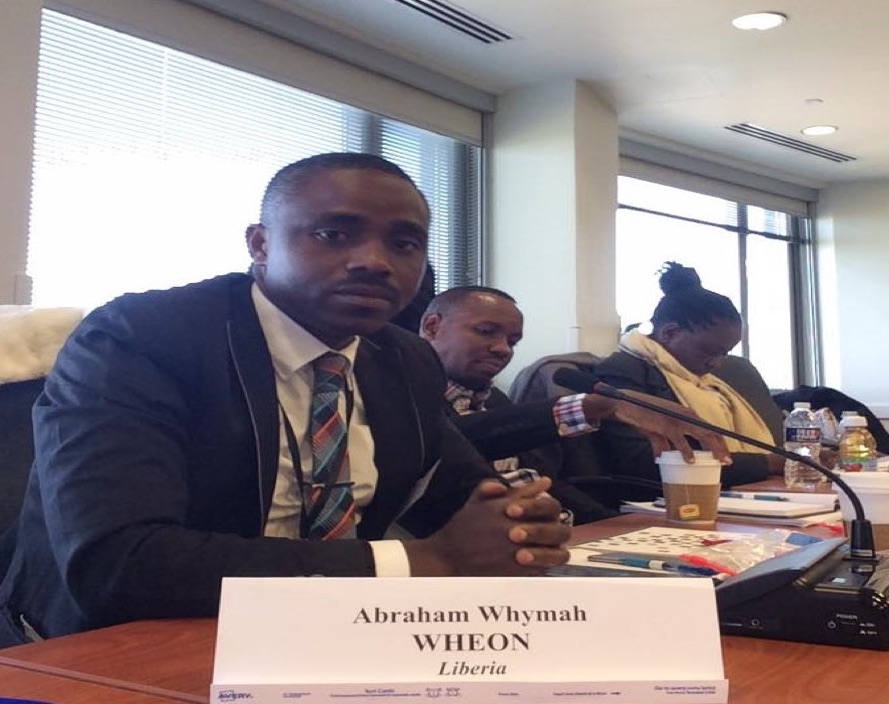 Road safety experts in Liberia often blame traffic accidents in the country primarily on the use of defective vehicles and the lack of knowledge of safe road usage by drivers. However, a Liberian journalist is shifting attention to the compromises by officials such as police officers.

Abraham Wheon has called for international attention on the scourge of traffic-related fatalities in the country. Wheon, who is deputy director-general at the Renaissance Communication Incorporated, made the call at the 2019 U.S. Embassyâ€™s International Visitors Leadership Program he is currently attending in the U.S. The fellowship is a regional project for Africa of the U.S. government, focusing on traffic safety.

He says traffic fatalities in Liberia are related primarily to compromises of traffic and road safety regulations, thus contributing to high accident fatalities across the country.

Without providing statistics on fatality rates across the country, Wheon sought to vividly reveal to the program participants the real danger such circumstances pose to citizens in their daily activities.

According to a dispatch, the Liberian journalist described safety as the first measure in every public activity, noting that â€œthere should be no compromise on the issue of road safety in any country.â€ He is quoted further as saying â€œIt is now time that everyone joins the effort to mitigate such menace.â€

At the conference, Wheon attributed most road accidents in urban and rural centers of the country to violations of road safety regulations, including excessive speeding, lack of traffic signs on roads, and failure of law enforcement to remove vehicles that are not roadworthy from traffic.

These compromises, he stressed, are leading to increased deaths and injuries to citizens, and a general deterioration in public safety.

A 2018 World Health Organization report ranks Liberia as the country with the worst safety record worldwide, with an estimated 35.9 deaths per 100,000 people.

Road safety experts in Liberia say most of the countryâ€™s road accidents are attributed to defective vehicles, such as worn-out tires, poor lighting, and failed brakes, especially on commercial taxis and heavy-duty vehicles, as well as lack of usage of helmets by motorcyclists, excessive speed and lack of knowledge of safe road usage, including crosswalks.

However, Wheon also attributed the situation to compromises in traffic and road safety regulations by police who receive bribes from pedestrians and motorists. The corrosive effect of this practice is the negative impact upon the credibility and public confidence in the police, leading ultimately to various forms of lawlessness.

â€œIt is the responsibility of every state actor, including the Liberia National Police, to enforce the traffic regulationsâ€ without fear or favor, he emphasized.

Liberia, according to him, has long symbolized Americaâ€™s presence in Africa, and that as part of a broader effort to adhere to the rule of law, traffic ordinances and road safety are no exception.

â€œBetter roads serve as a gateway for economic growth,â€ he also said.

The International Visitors Leadership ProgramÂ is the U.S. Department of Stateâ€™s premier professional exchange program. Through short-term visits to the U.S., current and emerging foreign leaders from a variety of fields participate and experience firsthand relevant aspects of the American system, while cultivating lasting relationships with their American counterparts.

The fellowship brings together in the United States an estimated 5,000 participants each year. More than 200,000 International Visitors have engaged with Americans through the program, including more than 500 current or former heads of state or government.