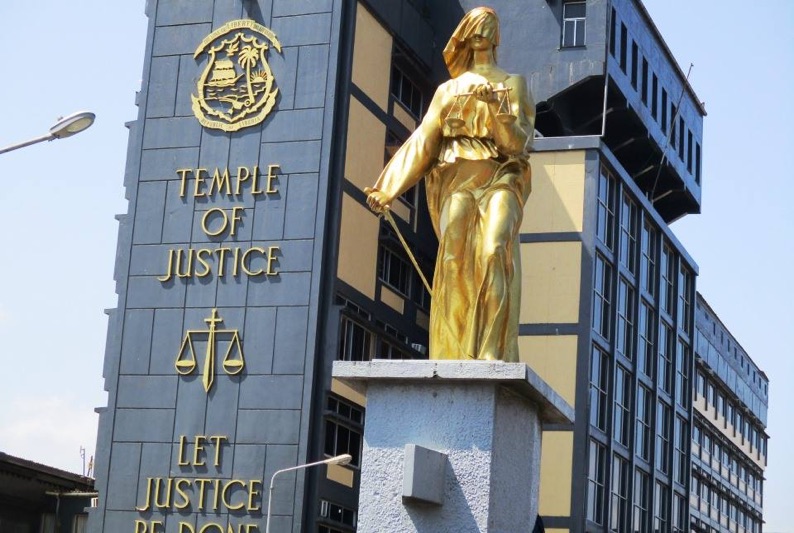 MONROVIA, Montserrado â€“ The presiding judge of Criminal Court B, Ceaineh Clinton-Johnson, is calling for a change in the provision of the Judicial Law which gives the Executive Branch appointing powers over stipendiary magistrates.

Judge Clinton-Johnson was speaking on behalf of her colleagues at the recent opening of the five major criminal courts at the Temple of Justice.

She reasoned that if magistrates are to be loyal to the judicial cannon, which governs their conduct, while at the same time serving at the â€œwill and pleasureâ€ of the president who appoints them, a conflict is likely to arise.

Section 7.5 of the Judiciary Law provides â€œthat the president shall appoint magistrates who shall dispose judicial business and shall hold office for the period of four years, and will be eligible for reappointment but can be removed for a cause by the president.â€ She described the provision as one person serving two masters and believes it ought to review in order to give judicial actors greater independence from the Executive Branch.

â€œMagistrates are judges of [the] first instance â€“ almost everyone runs to a magisterial court on a daily basis to get justice before matters reach the circuit [court] level. Therefore, the issue around magistrates should be carefully reviewed and reconsidered,â€ Clinton-Johnson said.

Also speaking at the courtâ€™s opening was the chief justice of the Supreme Court, Francis Korkpor, who encouraged judges and other judicial actors to act in a timely manner while dispensing justice across the country, in an apparent reference to the old adage that justice delayed, is justice denied.

Korkpor cautioned judges and magistrates to refrain from running the courts on their personal time but instead said they must follow the court schedule prescribed within the Judicial Law.

â€œWhy will magistrates and judges come to work late and be bragging that they are the sole authorities of the court time when the laws are on the book for court opening,â€ Korkpor said.

The chief justice also encouraged judges and magistrates to work within the framework of judicial guidelines to help reduce the backlog of cases as well as the high number of pre-trial detentions resulting from these backlogs.

Korkpor reserved his final and choicest words for prospective jurors. He pointedly cautioned jurors to be free, fair, and open-minded in their judgments while serving on cases throughout the courtâ€™s term. Extreme care, truthfulness, and fair-mindedness must be exercised at all times, he said, because a wrong or faulty decision may put an innocent person behind bars for life while setting free a coldblooded murderer.