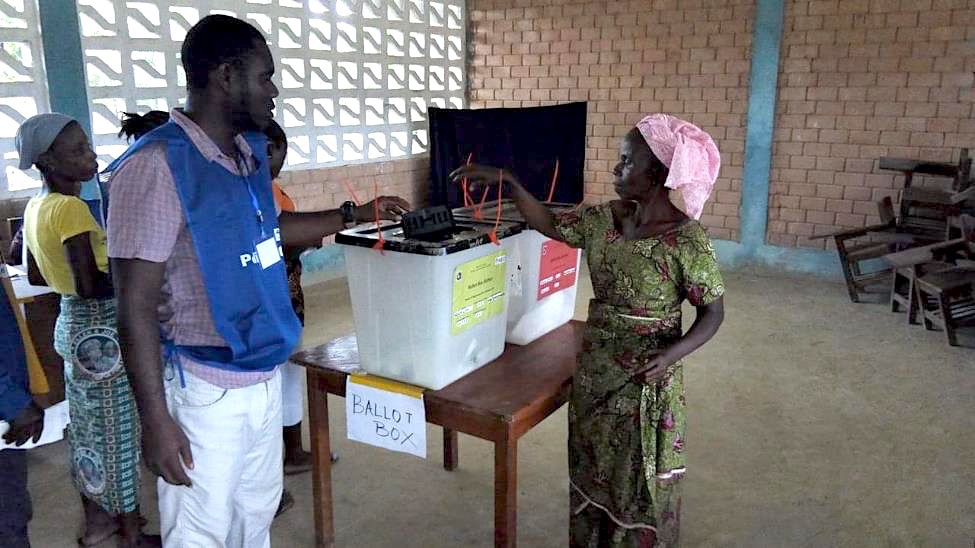 MONROVIA, Montserrado â€“ The National Elections Commission has announced Monday, July 29 as the new approved date for the joint senatorial and representative by-elections in Montserrado.

NECâ€™s Chairman Jerome Korkoya announced the new date during a press conference on Monday. He said the decision to now hold the two bi-elections on next weekâ€™s Monday was reached by the Board of Commissioners after confirming that all materials needed for the elections were now in the country and ready to be released in the field.

â€œThe NEC operations team has been busy packing in the materials for subsequent deployment,â€ Korkoya said.

He noted that the board had also concluded a meeting with candidates on Friday to inform them about the new date.

Meanwhile, the commission has called on candidates, political parties, and their supporters to end political campaigning activities by midnight on Saturday, July 27, ahead of the elections.

The commission also praised actors of the elections for continuing to conduct themselves orderly since the commencement of campaigning activities, as there has been no report of violence so far.

The by-elections, previously rescheduled for July 8, are meant to fill the vacancies created in the legislature by the deaths of Sen. Geraldine Doe-Sheriff and Montserradoâ€™s fifteenth district representative, Adolph Lawrence. NEC confirmed its decision to postpone the elections for the second time on Thursday, July 4, using delays in the arrival of pre-packed kits as a justification.