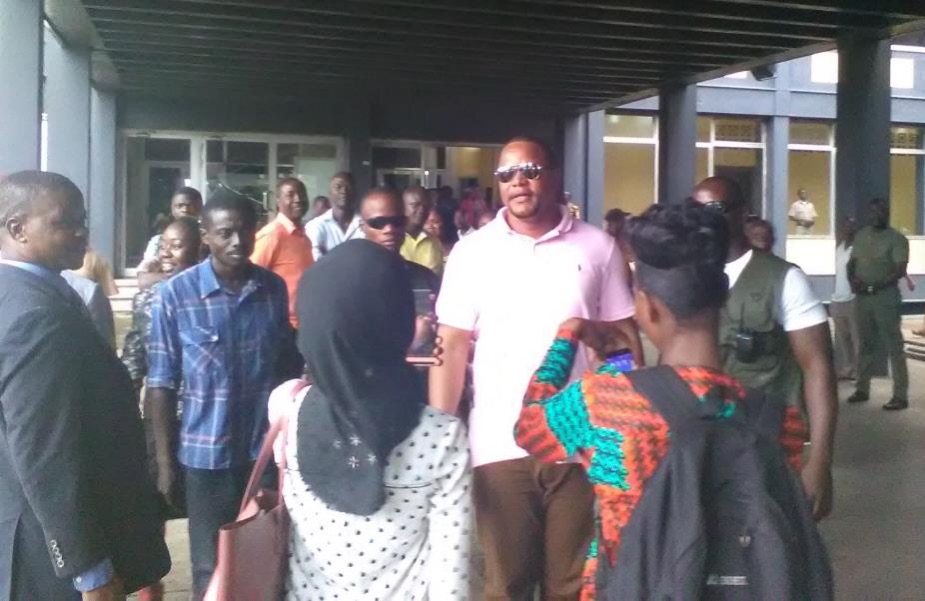 MONROVIA, Montserrado â€“ After several meetings with stakeholders, it is now clear that members of the pending mass citizensâ€™ assembly will gather on Capitol Hill to the present their petition to the government on June 7.

Following a conference with Associate Justice Joseph Nagbe of the Supreme Court, members of the Council of Patriots, the group organizing the protest, and Justice Minister Musa Dean agreed the protesters will converge on Capitol Hill between the Temple of Justice and the Capitol Building to present their petition to the government.

Justice Nagbe had cited the minister of justice and the protest leaders for a conference on Monday, June 3. He said the conference was in reference to a petition filed by the Citizens United for Sustainable Peace and Development through its legal representative, Dempster Brown of the Center for the Promotion of Human Rights.

The group petitioned the court to compel Dean to grant permission for the June 7 protest and to designate a specific venue for the mass gathering.

Although the group recognized the citizensâ€™ right to protest, it said the failure of the justice minister and the protest planners to designate a specific venue for the mass gathering will lead to major roadblocks, thus preventing free movement of others, which also violates the rights to free movement.

Protest leader and talk show host Henry Costa told reporters following the conference with the Supreme Court justice that the court had recognized their right to protest but wanted to address concerns of other citizens for a venue of their gathering. He made it clear that they would gather between the Capitol Building and the Temple of Justice beginning Friday, June 7.

â€œWe cannot be exact on the duration of our protest, because we will leave the street based on the response from President [George] Weah to some of the short-term petitions that will be presented to him on the day of the protest,â€ he said.

He identified some of the requests for prompt action by the president as the immediate resignation of Finance Minister Samuel Tweah, the executive governor of the Central Bank, Nathanael Patray, and for the president to publish his declaration of assets.

Bomiâ€™s Senator Sando Johnson, who is an adviser to the group organizing the protest, warned against public officials instigating violence ahead of the pending protest. According to Johnson, planners of the June 7 protest have continued to maintain that their action would be peaceful and void of violence. But he accused loyalists of the government of continuing to propagate a negative image of the protest.

He warned that any violence that may erupt during the protest would reflect negatively on the government.

â€œFor those, you that are supporting the government and President Weah in a negative way all around the place, know that every unconstructive thing you involve yourself in which has a means of bringing chaos in the country will reflect on this Weah government,â€ he said.

At the same time, Johnson said the Supreme Court of Liberia has given the Council of Patriots the go-ahead with their planned protest but cautioned that it must be peaceful. The Bomi lawmaker praised the Supreme Court for upholding their right for the peaceful assembly.

Meanwhile, the government has affirmed its commitment to providing security for the protesters. The Justice Ministry made the disclosure in a press release issued on Tuesday.

According to the ministry, it convened its second meeting with COP to discuss and agree on issues of security and protocol to be observed on June 7.

â€œThe parties agreed that the assembly point will be on Capitol Hill and that people traveling to the assembly point, from different directions will be granted police protection and unhindered access,â€ the release read.

The Justice Ministry also disclosed that those joining the protest from Paynesville and Congo Town, through Sinkor, will use the 12th street diversion through Jallah Town, while those joining from across the Gabriel Tucker Bridge and Central Monrovia will access the assembly point through Camp Johnson Road and U.N. Drive.

It said the U.N. Commission on Human Rights and ECOWAS have also committed to deploying observed to monitor the protest.