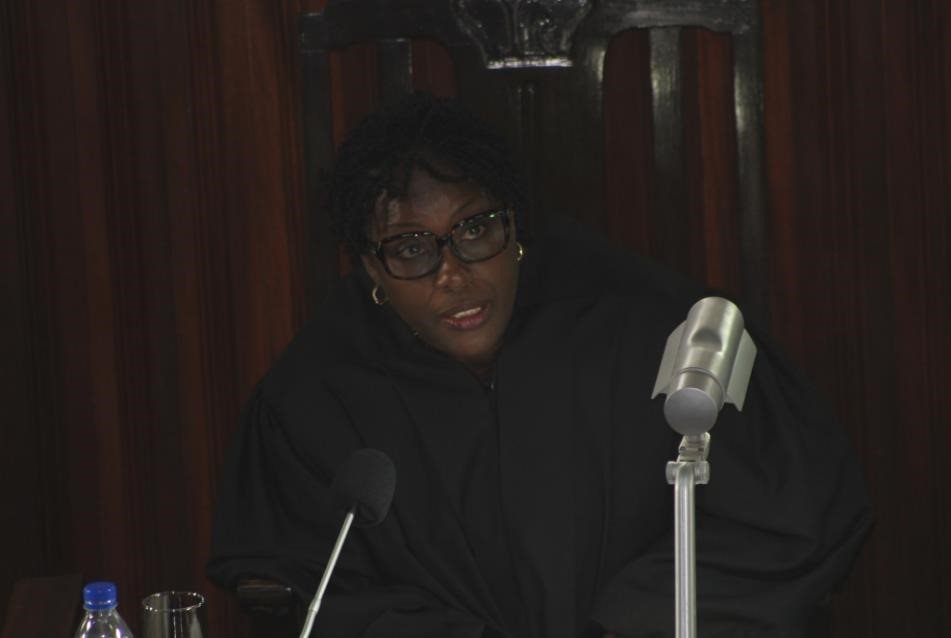 MONROVIA, Montserrado â€“ Supreme Court Justice Jamesetta Wolokolie has called a conference with the judge in the case involving Montserradoâ€™s tenth district lawmaker, Rep. Yekeh Kolubah. The citation comes after the judge denied the lawmakerâ€™s request for a bench trial.

Lawyers representing Rep. Kolubah petitioned Justice Wolokolie, who is acting as justice-in-chambers, to intervene against the judgeâ€™s earlier decision to force a trial by jury. Last Friday, after pleading not guilty to the indictment, the defense requested a bench trial.

However, Criminal Court Aâ€™s Judge Roosevelt Willie denied Kolubahâ€™s request for a bench trial now because his lawyer, Cllr. Findley Karnga, had previously justified a request for treatment abroad by suggesting the defense team would opt for a jury trial.

Judge Willie noted that when Karnga initially requested for Kolubahâ€™s second medical leave, the lawyer noted that his client had wanted a jury trial. Since there was already an ongoing jury trial at the court, and given that the court rules prohibit holding of two jury trials during one term of court, Willie said he supported the request for medical leave.

â€œThis court saw reason with the defense argument in conducting two jury trials at the same time and granted the defendant the medical leave so as to allow the completion of the first jury trial, hence the request now from the defense for a bench trial is thereby denied,â€ Judge Willie said, explaining his decision.

In petitioning Justice Wolokollie, the defense was now arguing that a jury trial for Kolubah would not be free and fair because the lawmaker is a strong critic of President George Weahâ€™s government, and most of the jury members recruited tend to be employees from different government ministries and agencies.

Rep. Kolubah was arrested on June 5, 2019 and accused of ordering his bodyguards to mercilessly beat a resident of his district who had refused to accept a leaflet and t-shirt for the June 7 Save the State protest.

Kolubah and five others were jointly indicted on June 18 for multiple crimes, including aggravated assault, criminal attempt to commit murder, criminal conspiracy, and kidnapping.

According to the indictment, the defendants were charged with their involvement in kidnapping and beating Emmanuel Freeman, who they claimed was a thief in the Old Road community.

Freeman, according to the indictment, was badly tortured and flogged by Kolubahâ€™s personal bodyguards and was immediately rushed to the John F. Kennedy Memorial Medical Center for treatment.