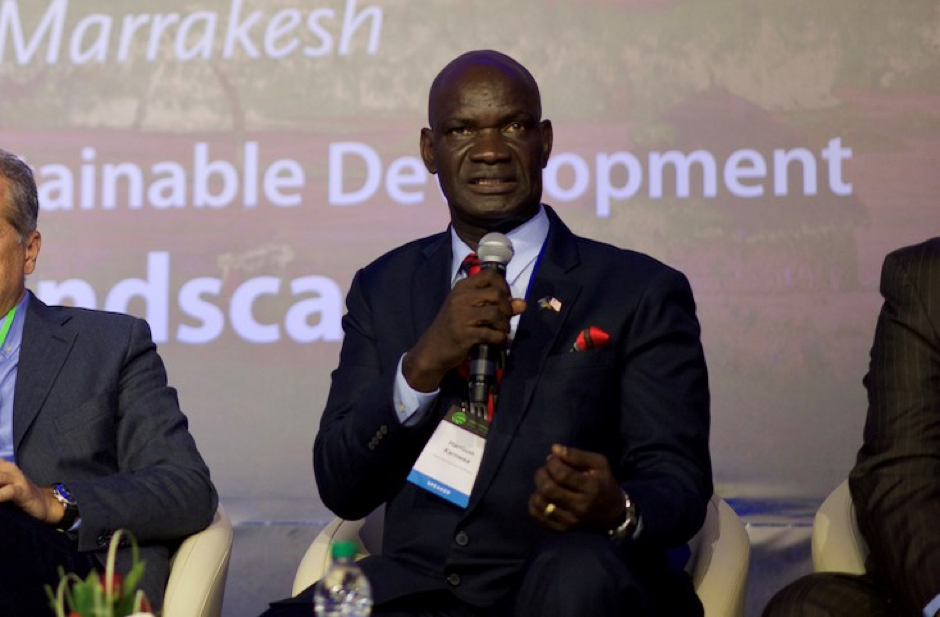 GANTA, Nimba â€“ After a bitter election campaign in Nimbaâ€™s eighth electoral district that was eventually decided by the Supreme Court, defeated vice presidential candidate Harrison Karnwea is calling on Nimbaians to stop attacking Chief Justice Francis Korkpor for his perceived role in the issue.

Karnweaâ€™s call came after it was alleged that some Nimba youth had sent insulting messages to the chief justice. A death threat was also reported to have been sent to Korkpor by Calvin Wondah, the spokesperson of defeated representative candidate Saye S. Mianah.

â€œAll of them â€“ everyone â€“ let them leave him [Justice Korkpor] out of this,â€ Karnwea said, adding that individuals also targeted Korkpor after Karnweaâ€™s Code of Conduct case.Â  â€œThey went after him. Now, we canâ€™t again start to put his name in petty businesses.â€

Both Karnwea and Korkpor hail from Nimba. Korkpor is not the first judge to face threats from the public; Judge Yamie Q. Gbeisay, a circuit court judge, has said he fears for the safety of his family after many supporters of Saye Mianah have accused him of influencing Korkporâ€™s decision.

The Supreme Court has four associate justices, in addition to the chief justice who presides over them. According to Karnwea, decisions that come up from the Supreme Court is done by the participation of the full Supreme Court bench. He said each member has the right to disagree in cases and even issue a dissenting opinion â€œlike in the case of [Justice] Kabineh Ja’neh as he did on many occasions.â€

â€œSo, at no point, people should try to put his name in this particular oneâ€”at least, thatâ€™s the person we have that is trying to represent Nimba at the highest level of the government,â€ Karnwea said.

Meanwhile, Karnwea has sent messages of congratulations to both Saye Mianah and Rep. Larry Younquoi for respecting the rule of law following the elections in their district.

â€œIn every election, somebodyâ€™s got to win; two persons cannot win at the same time. Let all those who did not win rally around the winner to move the district forward,â€ he added.