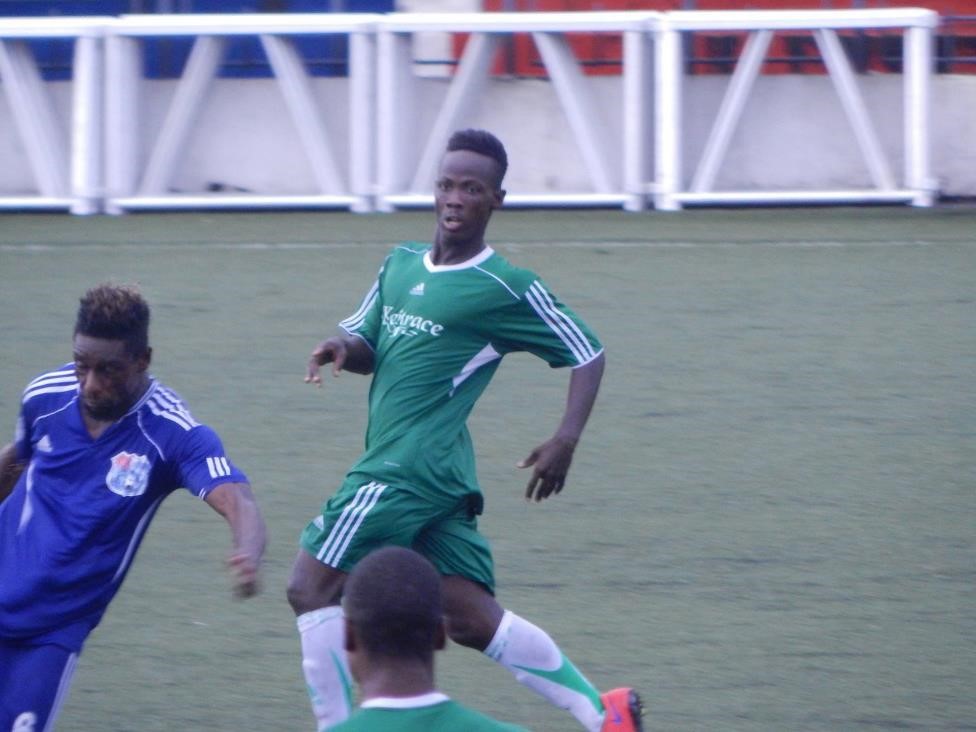 LISCR fell in the first leg of the FA Cup semifinals that was played at the Antoinette Tubman Stadium on Friday, July 28.

Keitrace FC recorded the historic win over Tapha Mannehâ€™s boys to go into the return leg with the advantage of reaching the final of the FA Cup. LISCR had played 25 games in all competition without conceding a defeat before their match against Keitrace.

The Shipping Boys have previously escaped defeats with late equalizers in the ongoing league. The latest close game was against LPRC Oilers when LISCR played with only ten men for over an hour. However, the Shipping Boys came from two goals down against the Oil Boys to share the points after the sound of the final whistle.

That tactic failed to work in their semifinal first leg match against Keitrace. Although they opened the scoring in the 10th minute from the penalty spot through striker Christopher Jackson, it was Keitrace that went to the break as the better side. Keitrace went to the break with a 2-1 lead, after an equalizer from Titus Toee in the 20th minute and a goal from Amadiah Kawah 10 minutes before the end of the first half.

LISCR needed to get the score leveled to make things easier in the return leg. However, it was Keitrace that returned stronger from the half-time break to double their lead in the 51st minute through Kawahâ€™s second goal of the match.

Things got difficult for the Shipping Boys, who were playing at home. With the score at 3-1, they became more desperate to reduce the deficit. That chance came in the 76th minute after center referee Jerry Yekeh awarded LISCR their second penalty of the match.

Christopher Jackson missed from the spot to keep the score at 3-1. As the match drew to its closing, there was no chance of LISCR getting a goal as Keitraceâ€™s defense became more difficult to get past.

However, during the added time of the match, LISCR won a third penalty for a hand ball. Goalkeeper Tommy Songo took the crucial penalty and made the score 3-2 before the end of the game.

LISCRâ€™s task to reach the final appears as their most difficult in this season as Keitrace would not want to throw away their lead. However, their head coach Tapha Manneh remains confident of getting the difficult win to go through to the finals.

â€œLosing today doesnâ€™t mean it is the end of our life. Obviously, Iâ€™m confident of going through to the finals,â€ Manneh told reporters after the match. â€œThey cannot stop us from reaching the final. I will be disappointed losing to Keitrace at the end of the day if I donâ€™t reach the final.â€

Meanwhile, his opponent, Coach William Fanciah, who is serving as the caretaker coach of Keitrace in place of the suspended Gabriel Johns, believes it is his time to win the FA Cup. He warned LISCR that his side would be coming stronger for the return leg.

â€œIâ€™m very happy about the result today,â€ an ecstatic Fanciah said. â€œNo matter how they prepare for the return leg, we will go through to the final. This is my time of participating in the FA Competition. We are going into the second leg not to defend our lead. We are going to attack and LISCR cannot stop us from scoring.â€

LISCR remains unbeaten in the first division league after 20 games. They will go in search of defending their unbeaten league run when they play against league strugglers Invincible Eleven. A win for the Shipping Boys will make them champions of the first division with one game to play.