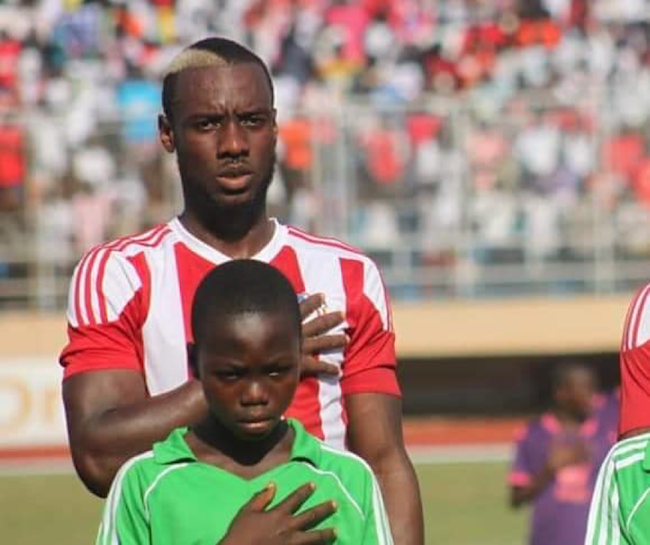 The 26-year-old forward ended all speculation surrounding his career by signing a one-year deal with the Selangor state-based club.

Sherman was the target of top clubs within Malaysia and Southeastern Asia after a successful year and a half with Malaysian Premier League club MISC-MIFA.

The forward joined MISC-MIFA before the second phase of the 2017 Malaysia Premier League season and scored seven goals from nine appearances before scoring 14 goals in 19 appearances in the 2018 season. His 21 goals in 28 games for MISC-MIFA made him the target for top Thai and Malaysian clubs, including Selangor FA, PKNS FC, and Kedah FA.

With less than two months to the start of the 2019 season, Sherman ended all speculation by joining PKNS FC, which previously employed fellow Liberian international, Patrick Ronaldinho Wleh.

After the 2012 season with Sime Darby in the Malaysian Premier League, Wleh joined PKNS FC in 2013 and spent three seasons at the club between 2013 and 2017 before his departure from Malaysian football.

With Sherman’s good goal ratio with former club, MISC-MIFA, he’s aware there will be lot to do in his new home. He told The Bush Chicken he had dreamed of playing at a different level and is ready to continue his form.

“I’m glad to be here. The last years have been great with MISC-MIFA in the Malaysian Premier League,â€ he said.

â€œI’ve always wanted a new challenge. I took those years to settle in Malaysian football and I think it’s the time for the new challenge. I’m here and aware about the task ahead but I’m ready to produce the goals as always.â€

PKNS FC became Sherman’s ninth club since leaving Liberia in 2011. He played for Aries FC, Mighty Barrolle, and Barrack Young Controller FC between 2009 and 2011 before leaving for Sweden, where he played for lower league club, Harnosands FF.

Sherman also spent a year with Harnosands FF and before moving to the Northern Cypriot league to play for DÃ¼zkaya K.O.S.K, Centinkaya TSK, and Lefke TÃ¼rk S.K between 2012 to 2014. He won the Northern Cypriot league with Centinkaya TSK and the FA Cup with Lefke TÃ¼rk SK before returning to Africa to play for Tanzanian club, Young African Sports Club.

The Liberian professional played for Young African Sports Club during the 2014-15 season and scored six goals in 16 games before moving to South Africa to sign with Mpumalanga Black Aces F.C, which was rebranded as Cape Town City FC. With the Aces, he struggled for playing time and made five appearances without a goal.

Sherman joined South African first division club Santos FC on a loan, where he made eight appearances, scoring one goal, before returning to the Northern Cypriot league to play for former club Centinkaya TSK. After seven games without a goal, Sherman moved to Malaysia in 2017 where his eyes for goals got sharper.