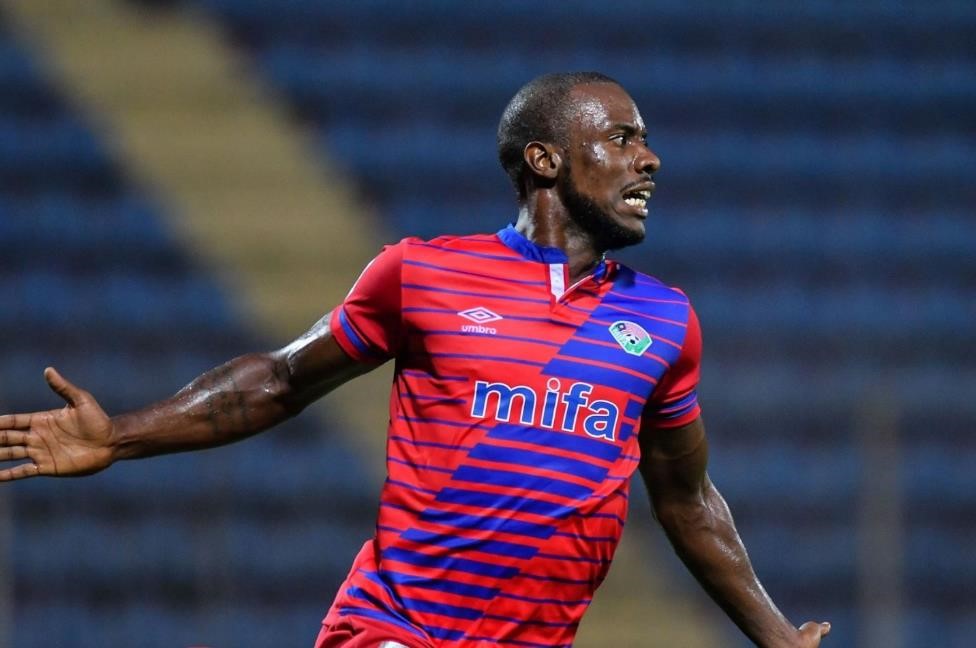 The 2017 Malaysia football league has come to an end with Liberian international striker, Kpah Sherman, helping his team escape from the relegation zone.

Of all the four Liberians playing in Malaysia, Sherman had the most personal success. The 25-year-old striker only entered Malaysian football during the second phase of the league when he joined Malaysian Premier League club, Malaysian India Sports Council-Malaysian Indian Football Association, commonly called MISC-MIFA. He may have joined one of the worst teams in the league, but showed his quality as a true goal scorer.

Despite not playing with some of the leagueâ€™s best players, Sherman managed to score seven goals and made three assists from nine games. While he was not the highest scorer in the league, MISC-MIFA were in the relegation zone on a 12-team table prior to Sherman signing a six-year deal. Having won 2 of 18 games, they were seated second from bottom with six points. His signing proved to be a real deal that rescued them from being relegated after the team obtained eight points from their last nine games.

With one game to end the league season, MISC-MIFA was seated at the 11th position with 11 points. They needed to win their final match against PDRM with a large score and hope that lower ranked ATM and Perlis would settle for a draw to battle relegation.

They managed to grab a 3-0 win, with Sherman scoring the second goal, while Perlis that was seated at the 10th position suffered a 2-1 loss away at ATM, that was already rooted in the relegation zone. The result meant both ATM and MISC-MIFA ended the league with 14 points. However, MISC-MIFA managed to escape relegation on goal differences.

MISC-MIFA may have escaped being relegated and remained in the Malaysia Premier League for the 2018 season, but Sherman has set his eyes on a bigger challenge.

While he failed to rule out playing for MISC-MIFA for the upcoming season, Sherman believes his seven goals and three assists from nine games have gone across the country with some of other teams already starting to knock on his door for a possible transfer. However, Sherman told The Bush Chicken heâ€™s in no hurry as he needs to make the right decision.

â€œI was unable to score ten goals but helped my team remain in the league. Iâ€™m thankful to them for giving me the opportunity to play in the Malaysian league,â€ he said. â€œIt was a challenge that I overcame and Iâ€™m hoping to have bigger and new challenges. Itâ€™s possible I remain here to continue next season and thereâ€™s also a possibility that I move elsewhere because Iâ€™ve had clubs contacting me. However, Iâ€™m in no rush because I need to make the decision that is best for me.â€

While Sherman was celebrating on the final day of the season, his compatriot, Zah Krangar walked off the pitch for the last time in 2017 as one of the unhappy players after seeing his club Felda United finish third in the Malaysia Super League table. Felda finished with 39 points from 22 games, one less than second place Pahang and 10 points less than league champions, Johor Darul Taâ€™zim.

Theyâ€™ve missed out on playing in the 2018 Asia Football Confederation Cup. The club finished the 2016 season at the second position and had the opportunity to play in the 2017 AFC Cup where they failed to qualify from the group stage. Krangar finished the season with two goals from 19 league appearances.

Liberian international strikers, Francis Forkey Doe and Patrick Ronaldinho Wleh, also experienced their worst league season as they both failed to register at least 10 league goals each. Both strikers scored 8 league goals each as their respective clubs managed a mid-table finish.