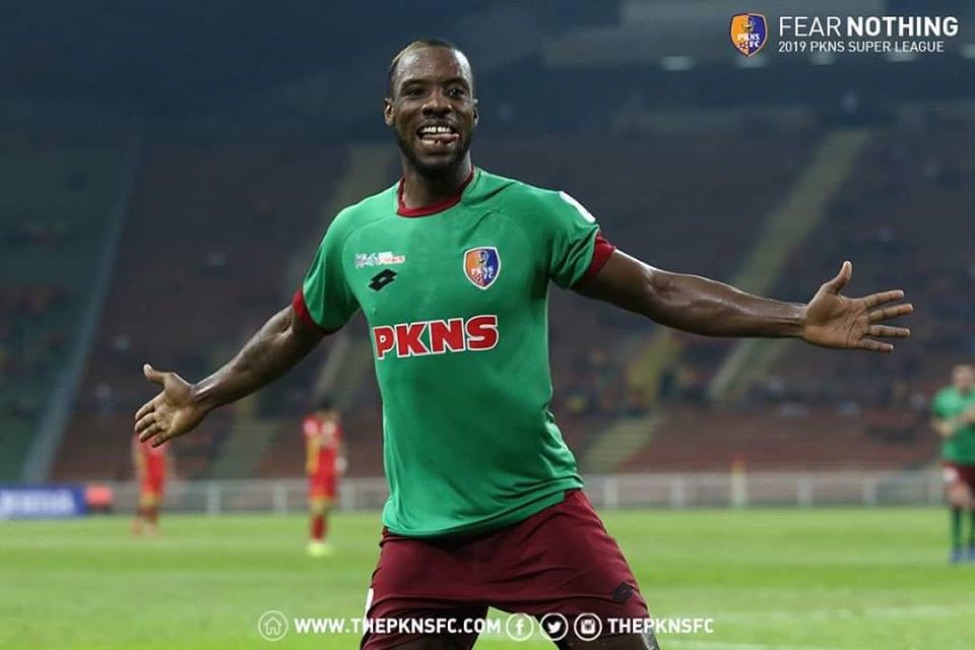 The 27-year-old striker registered his first goal for the Red Ants over the weekend to help his side grab a 4-0 win away from home in the Selangor derby against rivals, Selangor FA. Sherman scored PKNS FCâ€™s second goal to help them grab their first win of the 2019 Malaysian Super League.

After a draw and defeat in their first two games, the Red Ants needed a win to get their 2019 campaign on track. Malaysian defender Nicholas Swirad opened the scoring in the 27th minute before Sherman added the second in the 50th minute. Cambodian international Vathanaka Chan and Colombian midfielder Romel Morales got the third and fourth goals in the 79th and 90th minute to help PKNS FC get their first win in style.

Sherman missed out on PKNS FCâ€™s opening game due to a red card suspension from the 2018 season. He received a red card in the 2018 Malaysian Cup against Kedah, which was last game for MISC-MIFA. The Liberian joined PKNS FC in January after one-and-a-half season with MISC-MIFA in the Malaysian Premier League. He scored 21 goals in 28 games for MISC-MIFA and became the target of top clubs within Malaysia and other parts of Southeastern Asia. Sherman ended all speculations when he signed a yearâ€™s contract with PKNS FC. He becomes the second Liberian to play for the Malaysian club after Patrick Ronaldinho Wleh, who played for the club between 2013 and 2017.