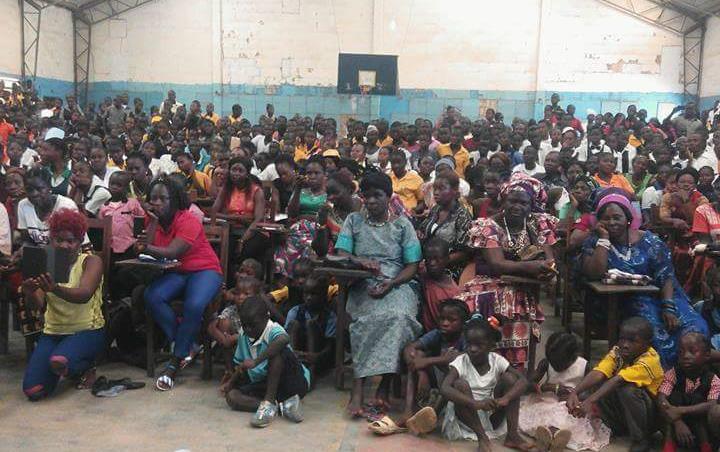 The well-attended ceremony took place at the Ganta United Methodist gymnasium on the GantaÂ Mission compound on Saturday, October 8.

Scores of Ganta residents, scholarship recipients, and members of the media were present at the occasion, which was organized by Lawrence Sua, a resident of Ganta with political ambitions to run for representative of Nimbaâ€™s first district.

According to Sua, the total number of scholarships offered would increase from L$1.5 million (US$15,151) last year to L$4 million (US$40,404) this year due to the influx of students needing financial assistance.

â€œSaturday, we are going to raise that money,â€ Sua said in an interview with the Voice of Gompa radio station prior to the program. â€œAlready, some friends that I have written [to] for assistance have started responding to our request.â€

He continued, â€œWe had over 170 persons benefiting last academic year, and this year, the number has increased to over 400 students.â€ Although the amount raised at the ceremony was not disclosed, the turnout atÂ Saturdayâ€™sÂ program has impressed the representative.

Sua said the L$4 million is expected to cover the expense of 420 students benefiting from the scholarship for this academic year â€“ covering tuition, fees, and additional payments.