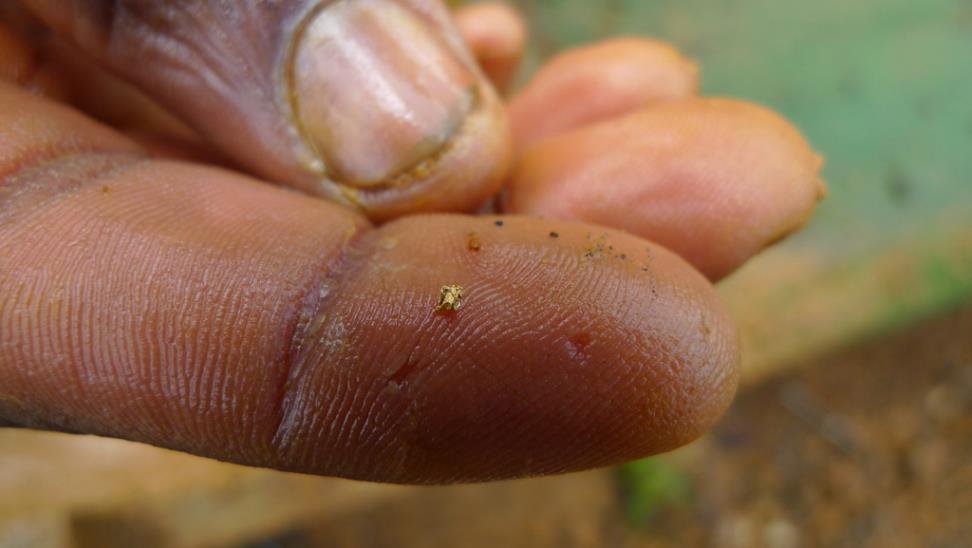 GBI AND DORU, Nimba â€“ As the school year winds down, most students in Gbi and Doru district are out of school early this year and have taken to farming and mining.

Education authorities have confirmed numerous reports that the students are out of school because the district lacks qualified teachers.

Nathaniel Zaye, the principal of one of the public schools in Gbi, serves as the only teacher for that school, which runs from kindergarten to grade four.

He was the first to break the news to ELBCâ€™s reporter for Nimba, Franklin Doloque.

Nathaniel said because of the lack of teachers, schools in parts of the district were closed while the students are on farms and some of the boys have gone to mine gold.

â€œNo school [is] in session now, especially Dobbor Town, Teahâ€™s Town, Zewon, and most of the towns around there,â€ he said. â€œThere is no school because they dropped the [last teacher] that was there. Right now, most of the children [have] scattered; they all on their farms.â€

He said the district is experiencing this situation because of the recent biometric exercise conducted by the Ministry of Education, the Civil Service Agency, and the Ministry of Finance. The measure aimed at ensuring that teachers in the classroom were qualified. It also intended to remove â€˜ghostâ€™ teachers from the payroll â€“ employees who did not actually exist but to whom the government was paying salaries.

â€œMost of the teachers here were dropped because they were substandard,â€ Zaye disclosed. â€œIn the Doru area, we have only two government teachers there now, most of them were dropped.â€

[Disclosure: The parent company of The Bush Chicken provides public relations services to the Ministry of Education; however, the news and public relations units are handled independently.]

â€œ[The] government dropped them because they never had any document,â€ Zaye added. â€œMost of them [have] been working from 2007 and 2008 â€“ some of them [were] junior high students; some of them [had] not finished high school and some [were] high school graduates.â€

Zaye said the situation on the ground is worse than even what is being reported in the media. He said if nothing is done to improve the situation before the 2017/2018 academic year, no teaching will occur in schools in the region. He blamed the government for its slow response to finding a prompt solution to the problem.

Dologbay, speaking to The Bush Chicken, said he and his district education officer are working tirelessly to ensure that the Ministry of Education resolves the issue.

â€œI am presently in Monrovia,â€ Dologbay told The Bush Chicken via mobile phone. â€œI came to receive some supplies for the county and will be making a follow up on that report that I made to the Ministry about the Gbi and Doru situation.â€

He has promised to provide more information on what actions the ministry would be taking to resolve the issue.