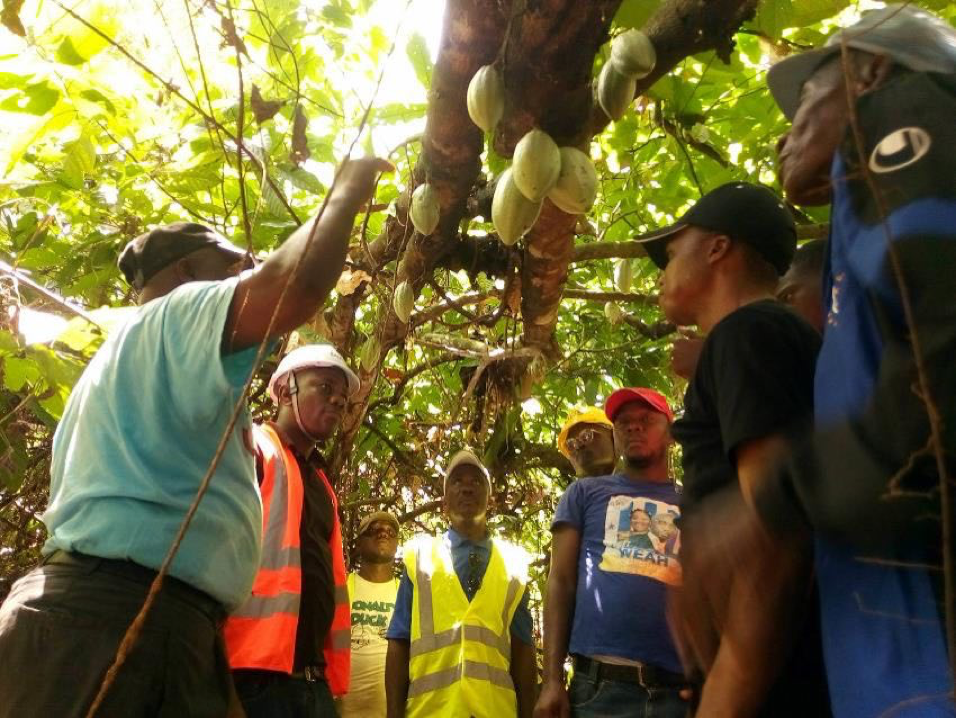 In June, Konneh and his team held an event in Grand Bassa to reopen several government-owned farms and plant a variety of crops, including cassava and plantain. Abandoned cocoa farms were also brushed and cleaned, allowing the crops to thrive.

â€œSo, today, we want to proudly announce that we are about to harvest our first cocoa [crops],â€ he told The Bush Chicken during this weekâ€™s harvest. â€œEverything is on course. We have already built our warehouse; we have the technical ability to harvest our cocoa.â€

Konneh promised that the cocoa would be high grade and would soon be exported out of Liberia.

â€œWe inherited [a] depleted budget [and] vandalized buildings. Nothing was functioning in terms of the farm,â€ he said of the challenges LACRA faced when his team took over. â€œFor ten years, that farm was never in operation. In [a] short period of time, we were able to open the farm. [Now] we are talking about harvesting and even exporting cocoa.â€

Konneh said based on the progress made so far, the next production of crops is expected to double the current production.

He said cocoa seeds gathered from the first harvest would be placed in nurseries to provide seedlings to Liberian farmers. The cocoa farm currently being harvested covers 86 acres of land, most of which will be used for production while the rest has been set aside for a seed garden.

Konneh said the reopening of the cocoa farm, which had been abandoned for nearly 10 years, is in line with President George Weahâ€™s mandate to develop Liberia through agriculture.

LACRA was established by law in 2016 to replace the Liberian Produce Marketing Corporation with the mandate of promoting production, processing, and marketing of quality agricultural commodities, particularly cocoa, coffee, and oil palm, through regulating the market.

In the past, the Liberian Produce Marketing Corporation used to provide seedlings to Liberian farmers, which they would pay back during harvest.