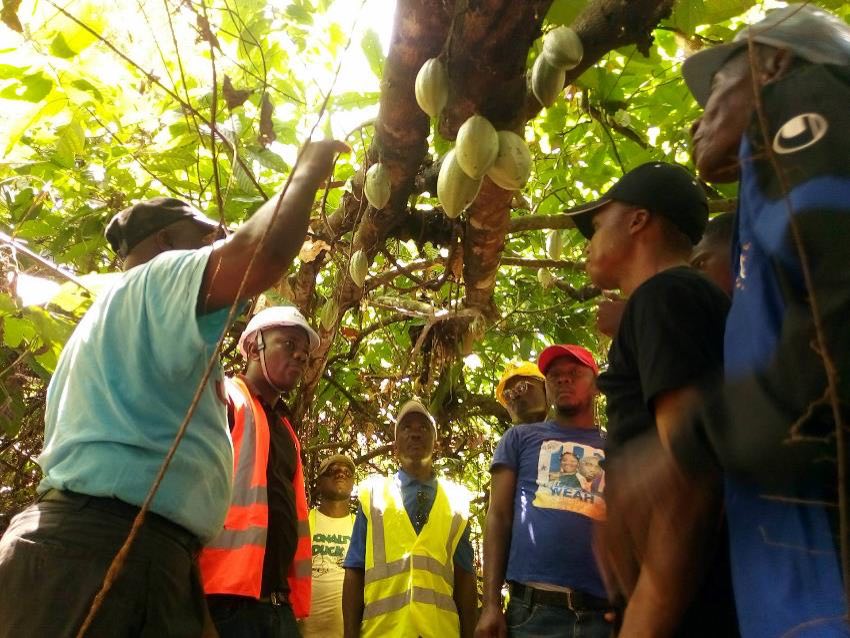 BUCHANAN, Grand Bassa â€“ The Liberia Agriculture Commodity and Regulatory Authority has announced that is has begun reopening government farms across the country.

According to the deputy director for operations and technical services of LACRA, Musa Konneh, the move is in line with President George Weahâ€™s mandate to develop Liberia through agriculture.

â€œOne main reason is [that itâ€™s] the president’s idea that he wants to see agriculture as one means of developing the country, so we, as his foot soldiers, lieutenants, have to work in line with what the president wants to see for his people. This is why we have put more energy and time behind the agricultural sector,” Konneh told The Bush Chicken.

He said there were already farms opened in Grand Bassa and Bong while sites in Lofa, Grand Gedeh, and Nimba were expected to open soon.

He also said there are farmlands in River Gee and Sinoe where rice, cassava, pepper, and okra will be planted. Additionally, he said 500 acres of farms in Lofa would be cultivated with cocoa, coffee, and palm.

In Grand Bassa and Bong, there are 86 and 150 acres of oil palm being planted, respectively.

â€œGradually, we are going to open all the farms owned by the government and develop some of the lands where there is no farming and encourage private citizens to get involved with agricultural activities,” Konneh said. He added that reopening those farms will boost the economy of the country in term of price reduction and food security.

“Liberians consume [a] lot of palm oil, which is little expensive on the market,â€ Konneh told The Bush Chicken, adding that if the government started producing palm oil and sold it on the Liberian market, the price would drop.

Konneh said LACRA needs more than US$2 million to rehabilitate all its facilities to include staff quarters, warehouses, and equipment, for production to be effective and efficient. He said he hopes lawmakers can ensure that the agency receives enough funding to be able to meet its goals.

LACRA was established by law in 2016 to replace the Liberian Produce Marketing Corporation with the mandate of promoting production, processing, and marketing of quality agricultural commodities, particularly cocoa, coffee, and oil palm, through regulating the market.

According to the supervisor of the Compound Two site in Grand Bassa, James J. Kiadii, the farm, which was under the Liberia Coffee and Cocoa Corporation, was later controlled by the Liberian Produce Marketing Corporation from 1986 to 1990.

â€œIn 2008, an NGO called Mercy Corps ran the farm up to October 2010 as training ground for her farmers, and after 2010, the farm was abandoned again for almost eight years,â€ Kiadii said. He told The Bush Chicken that the farm was reopened this year, April 14.

Workers are now clearing the land to prepare for cocoa production. Kiadii said the nursery would be revamped in November of this year, but a demonstration site is now being prepared for operations.

Of the 86.2 acres of farmland, 78 has been brushed and is ready for operations, with 8.2 set aside as space for a seed garden.

In the past, the Liberian Produce Marketing Corporation used to provide seedlings to Liberian farmers, and they would pay back during harvest.

Already, the work on the farm is providing jobs for young people in the area.

â€œThe last time I came here, the whole place was bushes, but now the farm is clean,â€ said Prince Joe, a Grand Bassa youth leader. He expressed his excitement that there was now work for the youth on the farm.