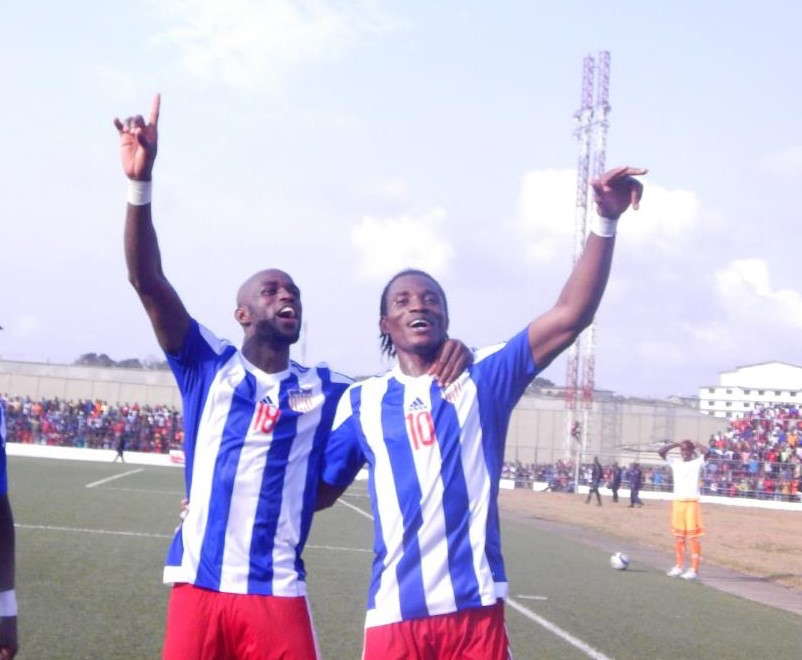 Liberian internationals, William Jebor, and Anthony Laffor will have to face each other twice in the group stage of the 2018-19 CAF Champions League after their clubs were paired in Group A.

Laffor, of South African ABSA Premiership side Mamelodi Sundowns, will join Jebor’s Wydad Casablanca of Morocco, ASEC Mimosas of Ivory Coast, and Lobi Stars of the Nigerian Premier League in the same group.

The Sundowns and Wydad have met four times, with Wydad proving supremacy with two victories. The Sundowns have managed one win and the remaining matched ended in a draw.

The two sides first met on September 9, 2017, at the Lucas Masterpieces Moripe Stadium in South Africa, where the Sundowns grabbed a 1-0 win in the first leg of the 2017 CAF Champions League quarterfinals. Wydad won the return leg 1-0 and advanced to the semifinals following a 3-2 penalty shootout win.

The two powerhouses were again paired in Group C of the 2018 CAF Champions League, which was won by Tunisian side, Esperance de Tunis. The Sundowns were held to a 1-1 draw in the first leg on May 5 before losing to Wydad 1-0 in the return leg on August 8.