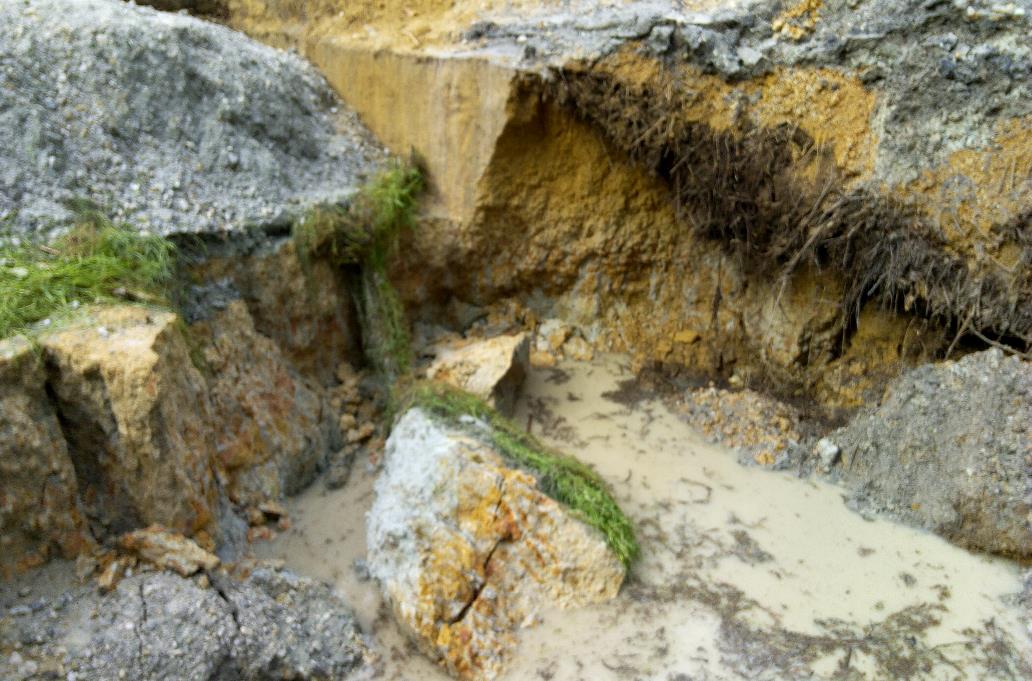 Abidjan is one of the feeder camps of Sand Beach, River Cess’s largest gold mining camp.

Eyes witnesses told The Bush chicken that Kollie left for work early Friday morning, Feb. 17, and was working on his own field when the landslide occurred, killing him.

“He was working and he said he wanted to dig out some gravel before going home,” an eyewitness said. “After rooting the gravel, he switched off the machine and while leaving, the hole caved in and the dirt fell on him.”

Ebenezer Knowleden, a workmate of Kollie, said the pit in which Kollie died belongs to both men.

“The pit is for us. We were working and I fell sick so I decided not to work. He called me to help him but I couldn’t work,” Knowleden said. “He then sent me to spread his clothes. When I was on my way, I heard people calling that Moses had died.”

Joseph Flomo, another resident of the camp, said Kollie had moved to the camp in 2011. Joseph Flomo says he has been Kollie’s “stranger father” since 2009. Photo: Eric Doue

A 15-men coronal jury set up to examine the body told the police that Kollie’s death was indeed a result of the mining accident.

“There was no foul play, he died from the landslide. This is something that always happens at gold mines,” one of the jurors told The Bush Chicken.

An investigation conducted by the Bush Chicken found that Kollie was a Guinean national who left his parents about ten years ago.

Landslides or mining accidents have been the main cause of death at gold mines in Liberia. River Cess is no exception.

In 2014, a landslide occurred in Little Liberia, River Cess County, at the Dogbon gold field. Several people died and many were wounded.

According to the senior elder of the camp, Moses Maigbay, the recent incident at Abidjan is not the first of it kind in the camp.

“This is not a strange thing here. Last year one person died at ‘monkey deeper’ from a landslide,” Maigbay said, referring to another camp. “Even right here in Abidjan, another boy died from landslide here last year.”