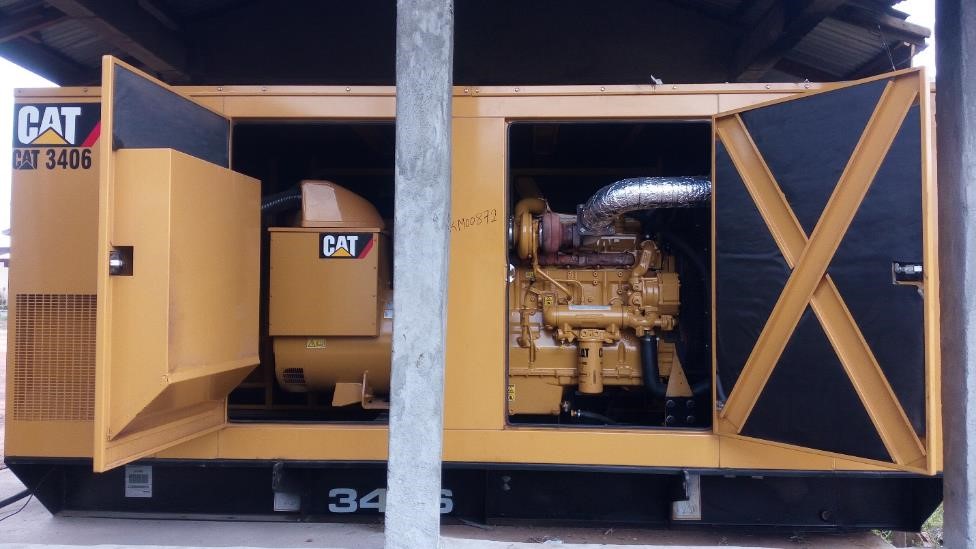 GBARNGA, Bong â€“ The Liberia Bank for Development and Investment has collaborated with Phebe Hospital in Suakoko to purchase a brand new 350 KVA generator for the hospital.

The US$75,000 generator was presented to the hospital on Jan. 14. Under the partnership, LBDI covered US$45,000 of the total amount, and the hospital will pay the remaining US$30,000 in installments.

The bankâ€™s president, John B. S. Davies, III, said the generator is one of a few social corporate responsibility interventions the bank has made as part of its 50th-anniversary celebrations. LBDI had also sponsored the National Meet the Challenge Quizzing Competition for high schools and the Spelling Bee Competition for elementary schools, he said. Additionally, Davies said the bank established a computer lab at the University of Liberiaâ€™s Business College for use by students. The bank is alsoÂ working on providing a document management system to help preserve patientsâ€™ information at the John F. Kennedy Hospital.

To ensure that the generator is used properly, LBDI has promised to cover maintenance cost of the machine for one year.

â€œOne of the things we would like to do with you is for us to get an estimation of what it will take to maintain the generator so that it gives you efficiency and effectiveness at least for a minimum of one year for a startup,â€ Davies said.

The medical director of Phebe Hospital, Dr. Jefferson Sibley, thanked the bank’s president for the financial support. According to Sibley, LBDI had earlier donated a 250KVA generator to the hospital but that machine was of a lower capacity than was needed for the hospital.

He said the hospitalâ€™s administration then wrote LBDI appealing for an upgrade to a 350KVA machine on grounds that Phebe would take care of the additional cost.

Logan described the move as â€œquite encouragingâ€ in the efforts of improving the healthcare delivery system.

CORRECTION: A previous version of this article incorrectly said LBDI was providing the document management system to Phebe Hospital, instead of the John F. Kennedy Hospital. Featured photo by Moses Bailey.Â

20 mins ago by Ida Reeves