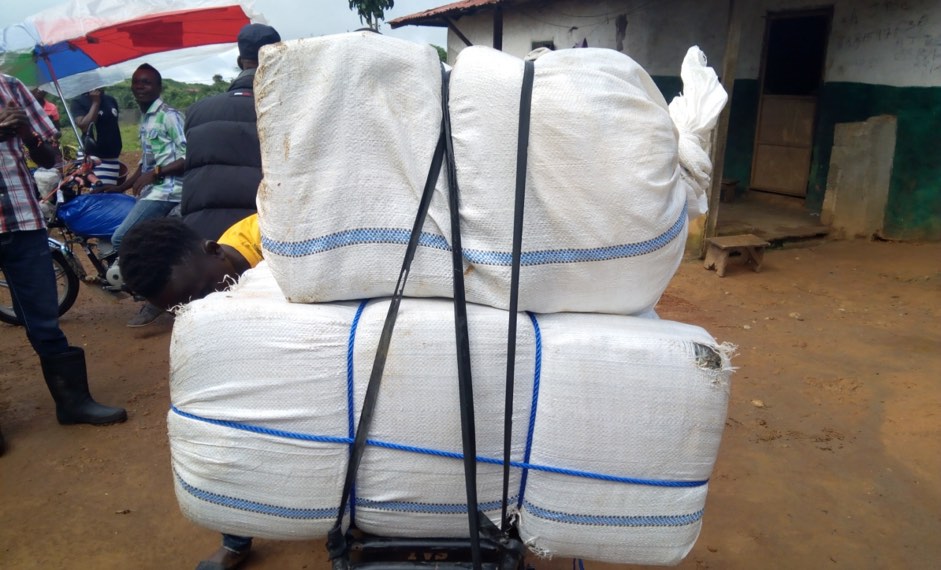 HARPER, Maryland – The Liberia Drugs Enforcement Agency has confiscated L$667,000 (US$4,331) worth of marijuana in Harper.

Major David C. Tokpah of the LDEA in Maryland said the agency had received a tip from a member of the Lama Cox community along Lake Shepherd. The tip, he said, noted that a huge quantity of marijuana was brought into the community by a businessman who trades in River Gee and Grand Kru.

The LDEA team then pursued the case and found the drugs in a three-bedroom house.

Tokpah promised that the drugs would be burned later in the presence of the public. He added that no arrests had been made, as the LDEA was working to establish the owner of the drugs.

However, several community members who spoke anonymously to The Bush Chicken, said they had seen a woman, Nyemadi Kumson, taking drugs to the house that authorities had confiscated the batch from.

â€œSheâ€™s always bringing this marijuana here when she comes from Ghana, but whenever I ask her for money she can refuse or sometimes give me little on nothing, so I cannot make her rich while I remain poor,â€ one of the tipsters said. â€œThat is how I told one of my friends to call the officer to come and arrest the drugs and make sure it is never brought in this community.â€ The three-bedroom house where the drugs were seized in Lama Cox community. Photo: George K. Momo

Kumson owns three fishing canoes, and the tipsters believe that she brings the marijuana over from Ghana through Ivory Coast via sea. They claimed that Kumson runs a drug trafficking business under the cover of fishing.

Other sources told The Bush Chicken that Kumson had been seen selling marijuana in the Old Kru Town community in Harper. However, the LDEA commander said he has no record on her being arrested for the sale of narcotic substances.

He said the police would continue to monitor her activities. A year ago, her son, Francis Kumson, was arrested and sentenced to jail for six months for possession of a similar strain of marijuana.

Before his sentencing, he told authorities that the drugs were given to him by his mother to sell and cater to himself until she returned from Ghana.

Nyemadi Kumson has denied any involvement in drug trafficking or trading. She told police that the sources were lying about her.

Drug abuse has been attracting the attention of leaders of Harper and Maryland, as many residents fear that a proliferation of drugs in their communities will increase the number of delinquent youth.

At a recent citizenâ€™s forum in Harper convened by the county superintendent, the president of the Women in Cross-Border Trade, Musu Johnson, said the intake of marijuana by their children is on the increase and causing problems for them as parents. â€œWhen our children smoke the drugs, they steal our money and insult us,â€ she said. â€œWhen they are on the drugs, there is no respect for older people and I want to believe that it is at these very borders that our security guys are posted [that] the drugs are passing to enter our county and country.â€

She called on the county superintendent and the joint security team to join citizens in making Maryland a drug-free county.