MONROVIA, Montserrado – The legislature has begun hearings for the 2020/2021 budget.

Rep. Thomas Fallah of Montserrado’s fifth district, who chairs the joint committee, said the process would last for a few days and he promised that it would be speedy.

Although Finance Minister Samuel Tweah was not present, the deputy minister for fiscal affairs, Samora Wolokolie, represented the Finance Ministry. Wolokolie noted that domestic revenues accounted for 76 percent of the US$535.4 million projected for the 2020/2021 fiscal year. The rest constitutes external resources.

Wolokollie further noted that 70 percent of the domestic revenues collected were expected to come in United States dollars, while the remaining amount with a value of US$122.1 million was expected to be collected in Liberian dollars. 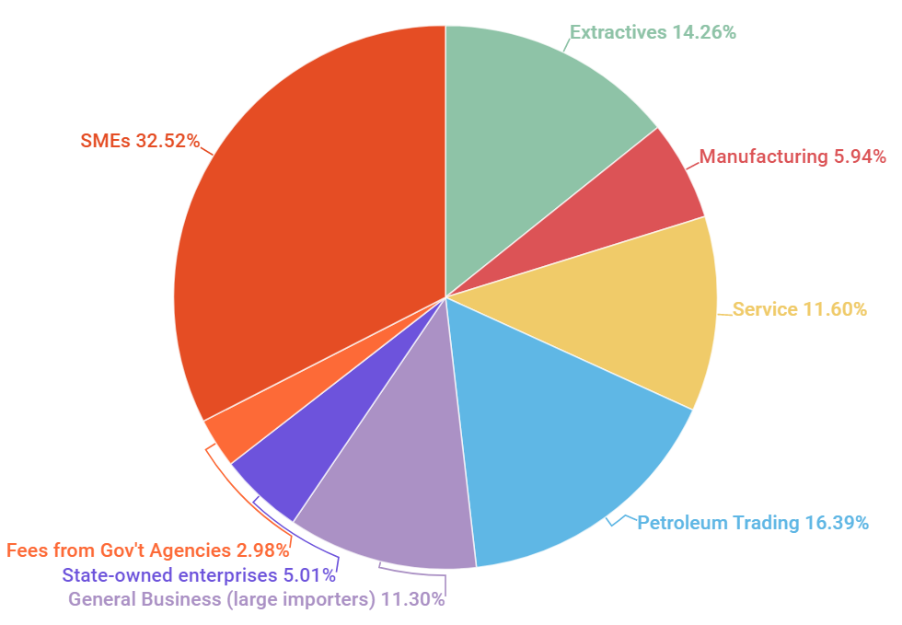 A breakdown of the US$407.4 million projected domestic revenues.

Revenues collected from small and medium enterprises in the form of taxes on real property, motor vehicles, and importation of goods by individuals and small firms are expected to account for the bulk of all domestic revenues, according to the deputy finance minister, with US$129.8 million projected, or 32.52 percent of all domestic revenues.

Speaking further, Wolokolie added that the Finance Ministry was requesting “new sets of measures put in place to improve tax policy and administration.” Those included additional duties on petroleum products and a one-percent increase on the Goods and Services Tax, which already hovers between 7 and 10 percent depending on the product. He noted that these proposals and others would later be submitted to the legislature.

Sharing
Tags Samora Wolokollie
Contributions to The Bush Chicken are not tax deductible.