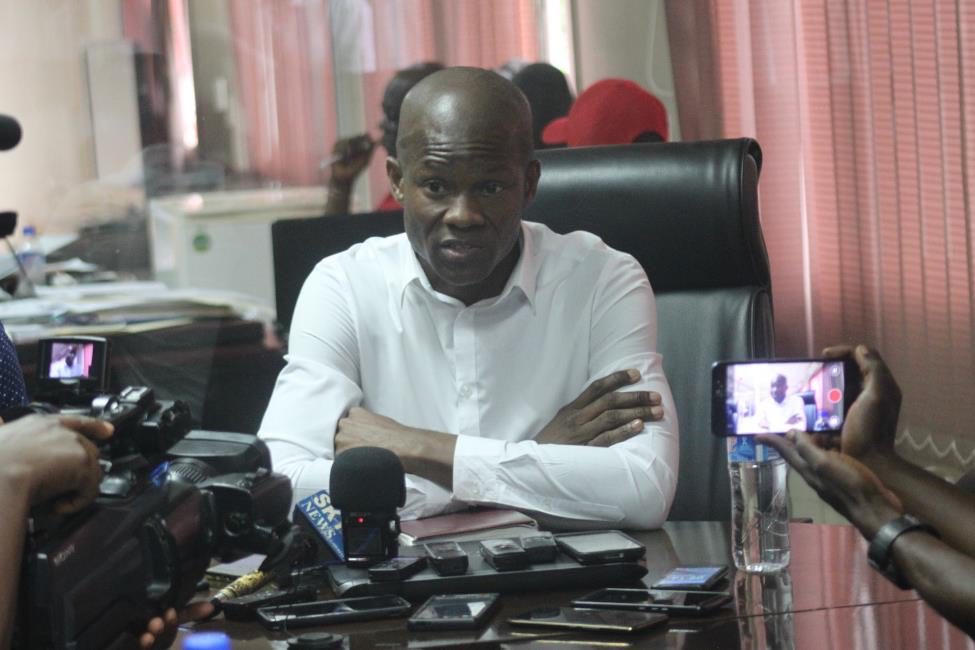 MONROVIA, Montserrado â€“ The Liberia Football Association has announced that it is currently investigating an incident where US$200,000 intended for football development was diverted from its account.

Mustapha Raji, LFAâ€™s president, made the acknowledgment when he addressed the press at the organizationâ€™s headquarters on Benson Street on Friday, January 18. Raji, who was elected in September 2018, said his administration had discovered that the amount intended for football development was sent to an unknown account in Poland.

He said the LFA would not take the issue lightly, as it is being currently investigated by Liberian police and the Confederations of African Footballâ€™s finance department.

â€œThere is no need to accuse anyone. We got in and we realized that US$200,000 meant for Liberia was transferred to Poland to another beneficiary. We engaged CAF as part of our responsibilities as the football association,â€ Raji told reporters. â€œWeâ€™ve so far gone through a lot of processes and itâ€™s acknowledged that money actually landed in Poland and not in Liberia.â€

He further confirmed that the former secretary general of the Liberia Football Association, Emmanuel O. Dea, had been invited by police for questioning. He said the investigation is nothing personal and that the police were only doing their job.

The football boss said he wants no one accusing his predecessor, Musa Bility, of embezzling the money until the investigation is done.

After being elected president of the Liberia Football Association, Raji warned newly elected executive committee members and top officials against corruption under his administration. He asked that they resign immediately if they are going into the football association with the mind of making money. He urged them to work for the development of football.