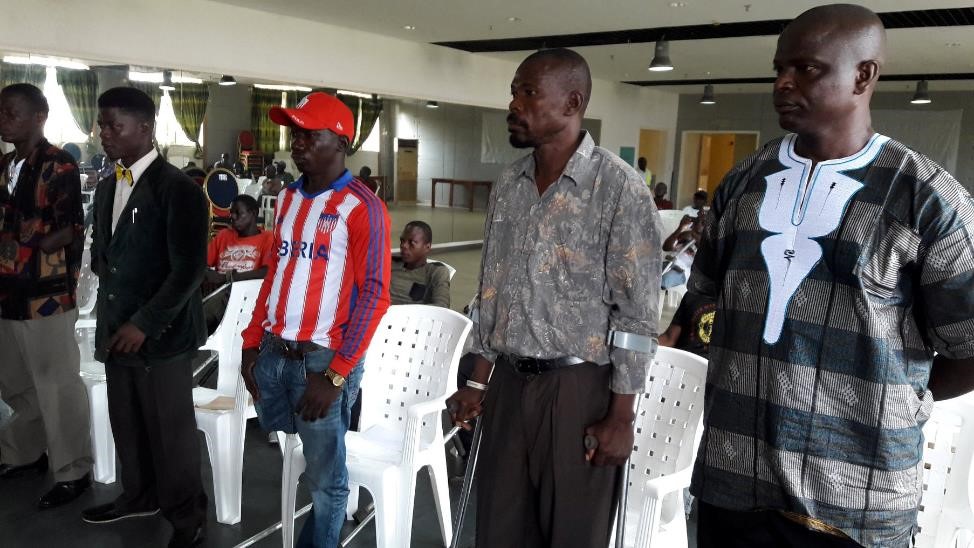 MONROVIA, Montserrado â€“ The Liberia Amputee Football Association has a new set of leaders, with former national amputee team head coach, Cooper George, along with five other officials, elected to lead the only Liberian football association that has won international silverware.

The election, which took place at the Samuel Kanyon Doe Sports Complex, brought to power six officials who were elected on white ballots.

George won as president of the association while Jonathan Wehyee became the became the new vice president for administration. Former star player Samuel Tengbeh was elected to the position of vice president for operations, and Emmanuel Brown was elected as the new secretary general while the assistant secretary general position was won by Boyle Johnson. Emmanuel Nyumah sealed up the positions with his election as the treasurer of the association.

The new administration was inducted immediately after the election. The six newly elected executives took over the association from Richard Duoâ€™s administration.

Speaking to reporters after the election, the newly elected president, George, vowed to decentralize the association, solicit funds for the local league and take the team for the next World Cup.

â€œOur administration wants to ensure that things change for the better and that partners can once again build confidence in the amputee sports. With the backing of the Youth and Sports Ministry, the amputees will shortly resume those programs that were helping to attract international partners to them,â€ George said.

Representing the Ministry of Youth and Sports at the event was the deputy minister, G. Andy Quamie, who challenged the new leaders to work in the interest of all amputees that are part of the association. Quamie urged the new the leadership to work with the past administration if they want to succeed.

Over the years, the national amputee team has brought accolades to Liberians by winning the Amputee African Nations Cup three times in a row. They won the 2009 edition hosted in Liberia before clinching the 2011 tournament that was hosted in Ghana. They completed the treble with the 2013 Amputee Nations Cup hosted in Kenya.

Featured photo by the Ministry of Youth and Sports