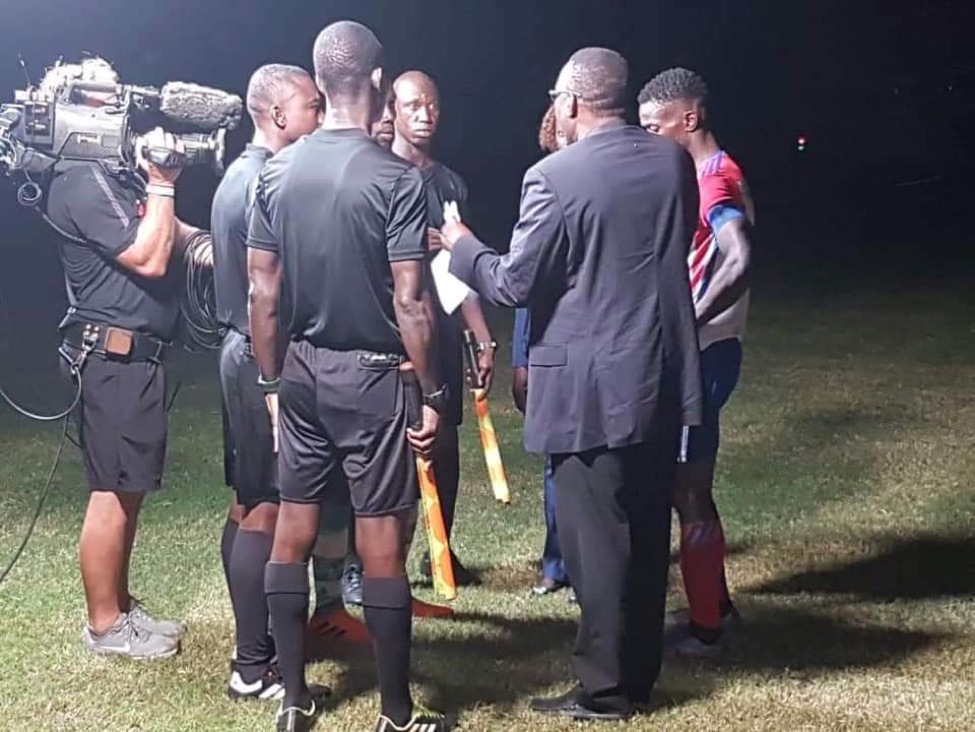 DAKAR, Senegal â€“ The winner of the game between Liberia and Sierra Leone in the 2019 WAFU Nations Cup will not be known until Monday at 3:30 p.m. when the two sides play the remaining minutes of the match that kicked off on Sunday.

There was no match-winner after the match came to a halt in the 70th minute following a lightning storm at the Stade Lat-Dior. The lights went off with the Lone Star trailing 1-0 to Sierra Leone.

What was expected to be a walk in a park for Liberia turned out to be a difficult encounter with a Sierra Leonean team that capitalized on a defensive error to take a 40th-minute lead. Kalokoh Suffian scored to get the Leone Stars ahead. Sierra Leone defended the lead until the lights went off.

Even though Lone Star had prepared for almost two months, many were thinking they would have easily passed a Sierra Leone that was only reinstated in the tournament five days to game day. At the time of the draw, the Sierra Leone Football Association had been banned by FIFA for the governmentâ€™s interference into football affairs. Liberiaâ€™s neighbor had been replaced by Morocco during the draw.

Less than a week to the start of the tournament, Morocco, the team to play Liberia pulled out and Sierra Leone was reinstated. With the Sierra Leone Premier League on a break and most of the clubs yet to start preseason, it took them almost two days to gather their players before having less than three days of training for the tournament.

Surprisingly, they are up by a goal against Liberia, which had much more time to prepare for the tournament.

Lone Star went into the match with a 4-3-3 formation, which seemed a surprising formation to fans. Surprisingly, Muscat Football Club striker Mark Yallah, who has been a center striker all through his career, started as a midfielder while workaholic LISCR Football Club midfielder Benjamin Doe was sent to the bench. Doeâ€™s presence in the middle helped his side to win the 2019 FA Cup and finish second in the first division league.

It was unclear why Coach Robert Lartey started a striker who scored 18 goals during the 2019 second division league in the midfield position. Additionally, another questionable decision Lartey made was to place Karleo Anderson, who has been playing as a center defender for nearly three years, in a right-back role.

Anderson, who joined FC Bea Mountain in 2017, played the right-back positions at Barrack Young Controller before his departure. Since his move to Bea Mountain, the 27-year-old has adapted to the central defense position, where he was nominated as one of the three best defenders in the second division for the Liberia Football Association 2019 football award. The right-back position requires covering much more distances on the pitch, compared to the center defender position, and it appeared to be a suboptimal match for Anderson.

Lone Star will need to score a goal in the final 20 minutes to rescue themselves from being beaten by a less prepared Sierra Leone. If Liberia fails to get past Sierra Leone, they’ll be eliminated from the cup competition and play one of the eight first-round losers in the plate competition.