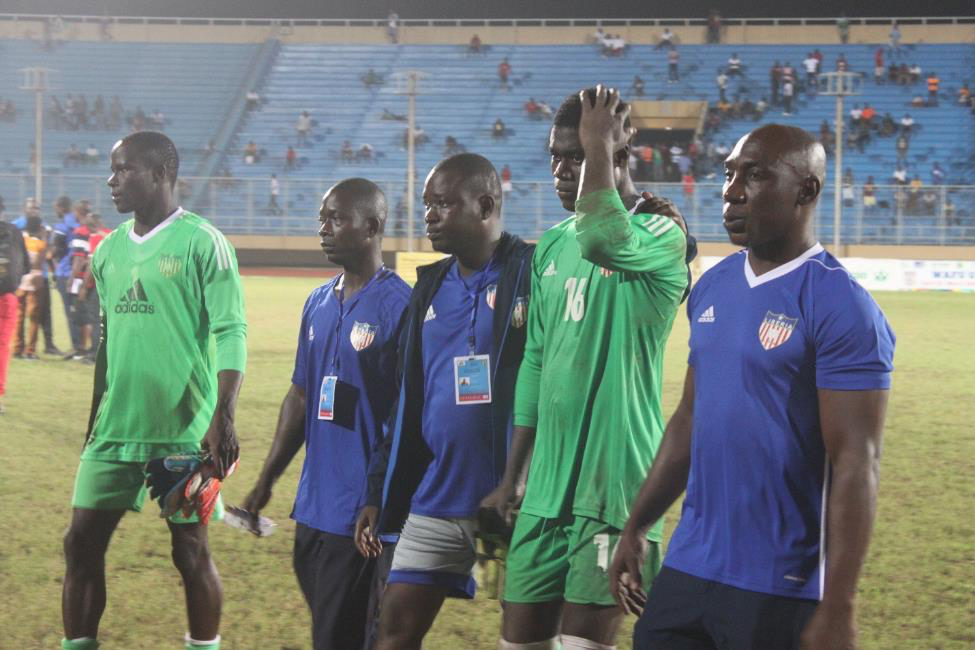 PAYNESVILLE, Montserrado â€“ The 2018 West African Football Union U-20 Nations Cup has come to an end with Gambia emerging as champions. The Young Scorpions won the youth tournament on Saturday, May 5 at the Samuel Kanyon Doe Sports Complex with a hard-fought narrow 2-1 win over host nation Liberia.

It was a disappointing moment for Christopher Wrehâ€™s boys who played excellent football on the pitch. A win for the Junior Lone Star would have meant a lot for Liberians, who have not seen their national team win an international trophy.

An excellent start to the match nearly gave Liberia an early lead as with their previous three matches, where they got the curtain raiser earlier. Bea Mountainâ€™s striker, Musa Kebbay, missed out the chance of scoring his sixth goal of the tournament when he saw his effort inches away from the net just two minutes in the match.

Liberia paid for their early miss as Gambia found the back of the net in the fourth minute. Adama Jammeh made no mistake in reaching the ball to the net after beating Ashley Williams in goal. Gambia took the lead but Liberiaâ€™s beautiful start to the game continued as they went on looking for the equalizer.

Liberiaâ€™s excellent display on the pitch was unable to earn them an equalizer as their efforts were stopped by a Gambian defense that was excellent.

Liberia went to the break down a goal, but the lads returned to the pitch with much pressure in search of the equalizer. Wrehâ€™s boys kept mounting pressure until the 50th minute when BYCâ€™s center defender, Jeremy Saygbeh, came to the rescue.

Saygbeh scored from Sheku Sheriffâ€™s corner to level the score for Liberia. Liberiaâ€™s celebration lasted for just 16 minutes as Gambia got in the lead again. The heartbreaking moment came with an error from Liberiaâ€™s defense, which Alfusainey Jatta capitalized on to get the Scorpions ahead.

It was another lead for The Gambia and the pressure to overturn the score fell on the hosts, who were finding life difficult in front of the home supporters. Christopher Wreh made several changes in the second half to help his side get the equalizer.

Chauncy Freeman and Sidiki Kromah were brought in for Sam Jackson and Musa Kebbay upfront. Gambia managed to contain the pressure from Liberia until the end of the match as they finished the match with a 2-1 win. It was the first youth tournament won by the Young Scorpions since 2008 as Liberiaâ€™s search for an international cup continues.

Liberia may have failed to win the cup but still took home a prize, as the LISCR Football Club midfielder, Allen Njie, was named the tournamentâ€™s Most Valuable Player. Njie played a key role in helping the team reach the final with some excellent performances. He captained the team in the match against Mali in the semifinals and against Gambia in the final in the absence of David Tweh, who sustained injury.

Meanwhile, Mali went home with a third-place finish after they managed to beat Ivory Coast 1-0 in the competition.