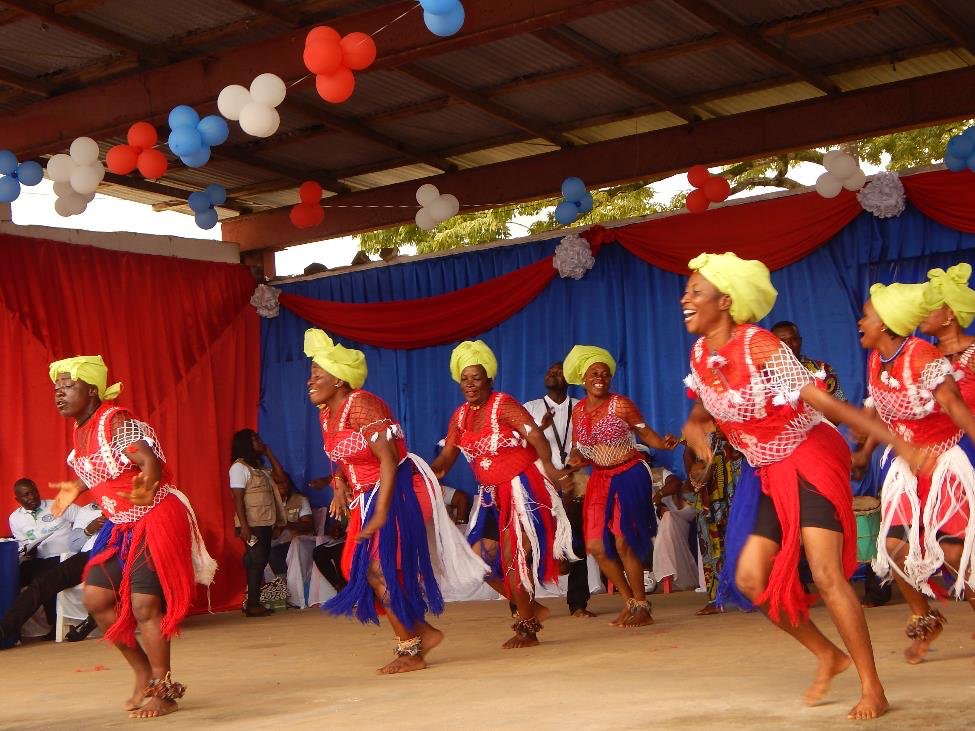 VAI TOWN, Montserrado â€“ Liberians on Wednesday, September 27 gathered at the historic Providence Island to join countries around the world in observance of World Tourism Day.

The day is an annual observance adopted on September 27, 1970, by the United Nations to raise awareness on the role of tourism. This year, the celebration focused on sustainable tourism.

Citizens, including government officials and stakeholders in the sector, participated in the celebrations, with speeches and cultural performances.

Providing the keynote address, Hester Baker, the founder of Elizabeth Village in Grand Bassa, called for more investments to be directed to tourism in the country.

Baker said unlike in other countries that have considered prioritizing tourism as a key sector for investment, tourism in Liberia is the most misunderstood industry.

â€œMost people believe you need a lot of money to develop tourism, which is wrong,â€ she said.

She said tourism requires the heart, love, and commitment for the country and its culture. She said improving the industry in Liberia also requires marketing the message that the country is great and has things that people need to come and see.

She also added that the industry cuts across all people.

â€œBasically, what I tried to say is that each [and everyone] of you are responsible for tourism in Liberia,â€ she added. During her speech, she used nostalgia to suggest what Liberia was capable of.

â€œIn 1962, Liberia in West Africa received the first five-star hotel. It sits right behind us; the once famous, Ducor Palace,â€ she said, adding, â€œIf you ever doubted whether we had what it takes, just look back, imagine they were only in Monrovia; we had Kendeja with Nimba Burr; we had out blacksmiths that were in sight; we had craftsmen; you could go there and buy things from them. You could hang out there for the day and enjoy and feel Liberia. Where are they today?â€

Her speech was in addition to a previous discussion held at a conference on Tuesday, bringing together owners of tourism businesses and others with interest in the sector. Participant of the one-day meeting, including students discussed how tourism can place Liberia on the map and contribute to development. In a special statement read at the program, Eugene Nagbe, the minister of information, cultural affairs, and tourism, said discussions held at Tuesdayâ€™s meeting gave him an impression that more people are eager, ready, and willing to drive the sector, once given the opportunity.

â€œOur industry is steadily picking up stream, compared to what the situation was in time past,â€ Nagbe disclosed.

He said the government has also outlined ways of strengthening public-private partnership among stakeholders while working to empower citizens through sustainable tourism.

As the sector develops, he encouraged actors to first seek to empower destination communities. â€œIt is important to keep in mind that, as we thrive to develop the sector, we must be sensitive to the impact of our businesses on the environment, local communities and traditional cultures,â€ he stressed.

â€œMaking the local communities our [first] priority for labor, goods, and services should be highly encouraged.â€

He said although Liberia is yet to experience a revolution in tourism, there are major strides that have been made in the industry.

â€œNot only do we have the natural cultural touristic destinations that are now ready and available for tourists, the ministry has designed an export strategy on tourism in which we have identified priority areas,â€ he outlined.

He said the government would work with stakeholders in the industry to develop a sustainable tourism.

The venue of the national celebration was recognized by UNESCO as the only point of return for freed slaves from America.

After being used as a trading post for years, Providence Island became the only point of entry and the first anchor place for ship conveying freed slaves from America.

The Island is the place the indigenous and settlers first met to discuss the establishment of what is today known as Liberia. The site is the beginning of the integration of free America Slaves into the society known as the State of Liberia.

The once captured and oppressed became masters of their destiny on arrival at Providence island in 1882. The large numbers of freed slaves had a great impact on Liberia in the formation of a national identity that characterizes the nation.

The island is known as a testament of hope for humanity after being subjected to great injustices and deprivation of rights. The attributes of the island comprise a landing dock, foundations of original settlements inhabited by liberated slave and an ancient water well that would have served the freed slaves.

Today Providence Island is a place of reconciliation, forgiveness and social cohesion in a country whose origins are anchored in regrettable enslavement of indigenous people of Africa. It is a place for meditation and upholding peace in the face of adversity and internalized conflicts.

A metal tree designed out of machine guns and the amphitheater are both testimonials to this present-day celebration of freedom and the ability to resolve conflicts as a nation.

Prior to being called Providence Island, Dozoa was first renamed â€œPerseverance Islandâ€, depicting the resilience of the settlers to find a new home despite the hurdles they encountered at Sherbro Island in the Republic of Sierra Leone. The island is among other similar islands around the world that symbolized man inhumanity to man.