MONROVIA, Montserrado â€“ On Nov. 11, a visiting four-man delegation from the National Peopleâ€™s Congress of China, NPC, held high-level talks with its Liberian counterparts in Monrovia. At the meeting, the two governments reconfirmed their mutual commitment to successful diplomatic relations.Â

The Chinese delegation was headed by Wu Weihua, vice chairman of the Standing Committee of the NPC. The delegation is visiting for three days.

The delegation, according to an Executive Mansion press release, met with Nathaniel F. McGill, minister of state for presidential affairs, along with an array of Liberian government officials at the Cecil Dennis Auditorium in the Foreign Affairs Ministry.

â€œChina has made a number of development interventions in the countryâ€™s recovery and development efforts,â€ the press statement said McGill recounted.

McGill indicated that Chinaâ€™s continued assistance to Liberia over the years, coupled with several new projects in the pipeline, is a testament to the strength and resilience of friendly ties between the two countries.Â

Speaking on behalf of President George Weah, who is currently out of the country, McGill informed the delegation that the president was pleased by its visit, while extending warm gratitude to his Chinese counterpart, President Xi Jinping.

McGill reiterated Liberiaâ€™s commitment to the One China Policy, which he said underpins mutual relations between the two countries.

Reflecting upon Liberiaâ€™s vast investment opportunities, McGill called on the delegation to encourage Chinese businesses and firms to seize the opportunities offered in Liberia.Â

He lauded the Chinese government for always heeding Liberiaâ€™s call during times of need, including during the recent deadly Ebola epidemic of 2014.

â€œChina was one of the first few countries that stood by Liberia,â€ he said. 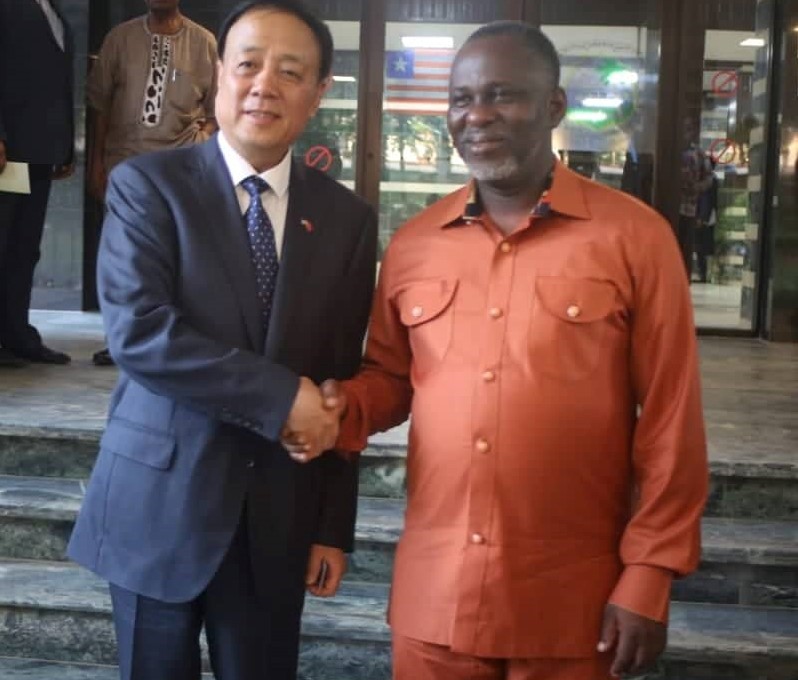 For his part, the head of the Chinese delegation said he and members of his team were delighted by the warm reception they received from the government and people of Liberia. Wu praised President Weahâ€™s leadership and his commitment to maintaining a stable, democratic, and peaceful nation in the absence of an international peacekeeping force.

â€œWe are in the country to strengthen relations with the National Legislature and to get a firsthand appreciation of progress being made in the country,â€ Wu said.

Acknowledging the enormity of the challenges facing Liberia, Wu expressed his countryâ€™s continual commitment to helping the Weah administration make good on its promises.

He also expressed satisfaction over the implementation of governmentâ€™s Pro-Poor Agenda for Prosperity and Development, adding that â€œChina is ready to help Liberia achieve important deliverables of the agendaâ€.

â€œThe relevant competent departments of both governments will have to work together to explore and undertaken development programs particularly in the areas of agriculture, health and education,â€ he disclosed.