PAYNESVILLE, Montserrado â€“ The Lone Star of Liberia has taken a major step in reaching the group stage of the 2022 FIFA World Cup qualifiers with a win over Sierra Leone in the first leg of the preliminary round.

The Lone Star grabbed a massive 3-1 win over the Sierra Leoneans at the Samuel Kanyon Doe Sports Complex in a midweek encounter.

Two goals from two new scorers, Terrence Tisdell and Mohammed Sangare, and a goal from Sam Johnson were enough to see the Lone Star scoring three goals at the Samuel Kanyon Doe Sports Complex for the first time since July 24, 2011, when they defeated Gambia 3-2 in an international friendly.

Heading into the match less than a 20 days after being appointed as head coach of Liberia, Peter Butler faced a task of gathering new players he worked with less than a week to get the needed result for Liberian.

As expected, Ashley Williams started in goal, Joel Johnson was at right-back, third division side Pags FC defender Gasimu Kouyateh stood at the left-back position, while Alvin Maccornel and Teah Dennis were paired in center defense.

In the midfield, Allen Njie partnered with Murphy Oscar Dorley and Seth Hellberg, who made his debut for the Lone Star. Kpah Sherman started as the lone striker with Real Salt Lake forward Sam Johnson and Terrance Tisdell of Baroka FC playing on both wings.

With the likes of Tonia Tisdell, Sylvanus Nimely who was named the 2018-19 Russian division one best player, Mohammed Sangare starting from the bench, few Liberians were angered by the coach’s decision, which later proved to the best for the say as it led him to a 3-1 win.

The 2019 Malaysian Super League Golden boot winner Kpah Sherman nearly got the curtain raiser just 23 seconds into the match with his close-range shot beating the Sierra Leonean goalkeeper, Solomon Morris, before being saved by the woodwork. Liberiaâ€™s early misses showed early positive signs, but the expectations soon turned around as Sierra Leone had much of the possession soon after.

Sierra Leoneâ€™s dominance led to nothing, as they failed to pose any real threat to Lone Starâ€™s defense. The stadium was lit up by fans in the 16th minute when Kpah Sherman was brought down in the box and Liberia was awarded a penalty. South African-based forward Terrence Tisdell converted the penalty to score his first-ever goal for the Lone Star. The Baroka FC forward scored in the 17th minute to put Liberia ahead. 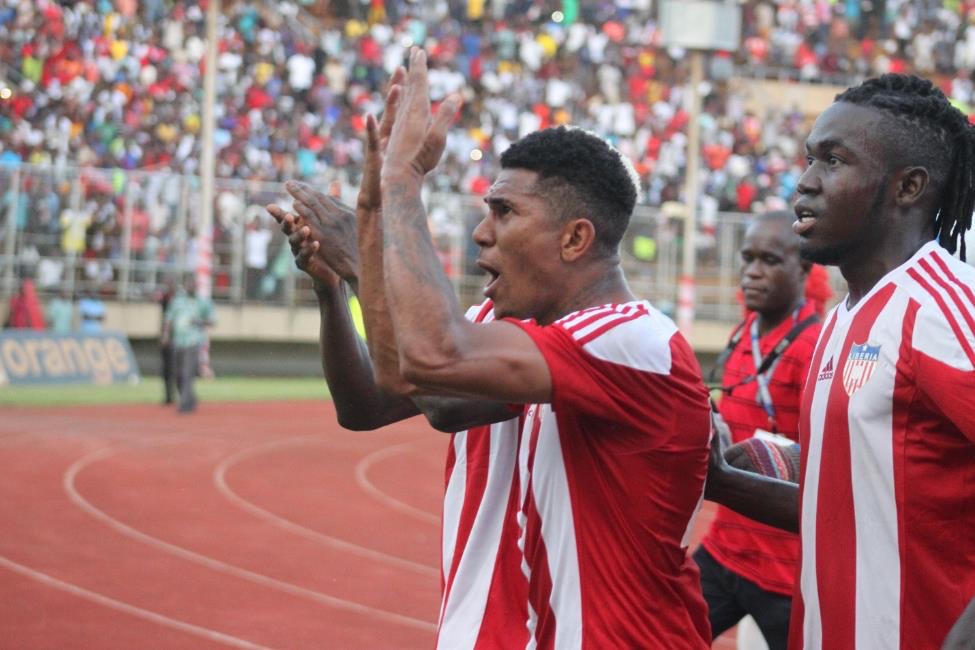 The Lone Star of Liberia have taken a major step in reaching the group stage of the 2022 FIFA World Cup qualifiers with a win over Sierra Leone in the first leg of the preliminary round.

The Leone Stars posed no threat to Lone Star in the remaining minutes of the game as the first half ended with a 1-0 win for Liberia.

However, the Leone Stars didn’t give up the fight as they continued to push for an equalizer, but Lone Star continued to control the play.

The Sierra Leoneansâ€™ efforts finally paid off in the 56th minute when they got the equalizer. Assisted by Musa Kamara, Quame Quee leveled the score and the table had turned for a Liberian team that saw itself under pressure for a win at home.

In search of goals, Coach Butler introduced Tonia Tisdell for Terrence Tisdell in the 60th minute. Toniaâ€™s presence brought light into the game as his moves troubled the defense of Sierra Leone. Seth Hellberg made way for Newcastle United U23 star player Mohammed Sangare, whose experience added flavor to the Lone Star midfield.

Four minutes after Sangare was introduced, the Lone Star was awarded a second penalty after Sam Johnson was brought down in the box. Sangare stepped up and scored the penalty to put Liberia ahead again. 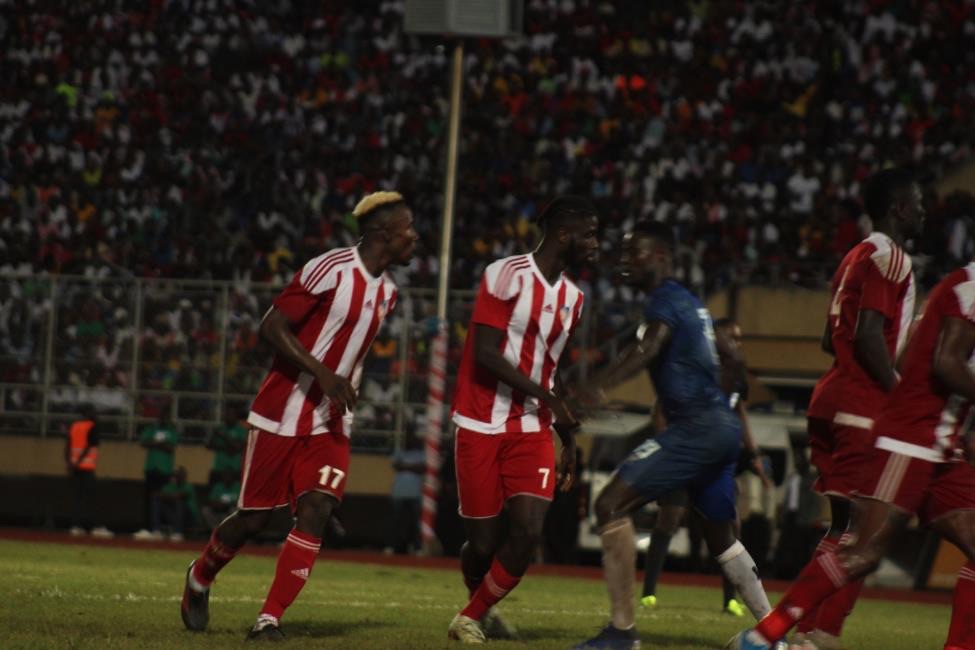 Two minutes to the end of the full 90 minutes, Liberia got a two-goal advantage through Sam Johnson, who scored the third final goal of the match. The Real Salt Lake striker capitalized on a defensive error from Mustapha Dumbuya to score his third goal for Liberia.

The 3-1 win put Liberia in a driving seat ahead of the return leg on Sunday, September 8 at the National Stadium of Sierra Leone. Lone Star will need at least a draw to reach the group stage of the qualifiers. A 1-0 defeat in Freetown will still see Liberia advancing. They must avoid a 2-0 defeat or a defeat conceding above two goals without scoring if they are to reach the group stage.