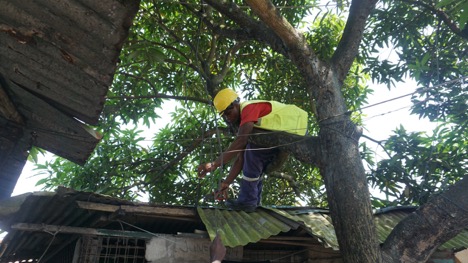 Ashley told a press conference on Friday, December 7 that the power theft and customers refusal to pay electricity bills currently account for 50 percent of commercial loses to the corporation. He said technical loses resulting from inherent overloading in the system also account for additional loses, up to 12 percent.

“The LEC is collecting between US$1.1 million to 1.4 million, monthly,” he said.

According to him, the corporation would collect US$47 million annually in revenue if the US$35 million value of annual commercial loses did not exist. He noted that the tariff on electricity would have also been significantly reduced.

Currently, Liberians are paying US$35 cent per kilowatt hour. 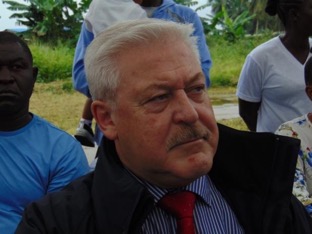 He said the huge loss in revenue is as a result of the corporation not having the needed funds to carry out the required repair and maintenance programs.

“The network in some areas are very bad while others are not and the LEC needs sufficient funds to put in place the repair processes,” he explained.

“Illegal connections are overloading the transformers and seriously affecting the LEC network.”

He said overloading transmission lines with illegal connections burdens and burns the transformers, because they cannot withstand more than the capacity, they were made to carry.

He said if a transformer was designed for 2000 customers and an additional 1000 customers are connected to it, for example, operating such network cannot be possible while upgrading it can also be quite costly.

According to the LEC chief executive officer, the growing wave of illegal connections that overload the transformers is causing lots of damages daily. 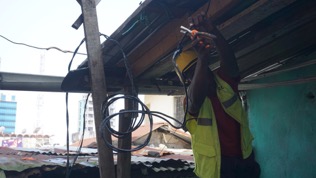 Ashley reported that more than 80 transformers are now damaged and several communities without electricity as a result of the illegal connections.

He said the LEC has changed at least 14 new burned transformers in various communities stressing with a plan to raise its efforts as more transformers become available during the Christmas festivities.

With the support of the LEC board, he explained that an emergency procurement process has been put in place to purchase 90 new transformers to be in the country shorty.

He said a local Liberian transformer repair company has at the same time been hired to repair 100 damaged transformers.

“The company is repairing five transformers a week,” he said.

The LEC executive director also explained that the lack of new prepaid meters that became a major challenge to the corporation up to September this year is now being fully resolved.

“The LEC has engaged a number of donors and they have expressed interest to come in and assist the LEC in operating the network around Monrovia,” he said.

He said up to date, 3,000 prepaid meters have been procured and brought into the country by donors, while LEC is also procuring additional 2,500 from its scarce funds.

“The German donor KFW is also procuring 5,000 meters while the Millennium Challenge Account Liberia is procuring another 2500 meters,” he also disclosed.

With the arrival of these meters, he said the administration’s priority would be the replacement of the over 2,500 damaged meters in various communities which said will help the corporation raise its needed revenue.

The next group of beneficiaries he outlined was individuals who paid for meters but are yet to be connected.

He however admitted that despite the huge quantity of electricity being generated by the LEC, some areas in Monrovia still lack connection. He also blamed the situation on the lack of fund to erect network and connect people individual homes. He said by 2022, nearly all of Monrovia would be electrified through donor projects.

Meanwhile, some users of the service want the corporation to take responsibility for the growing network of power theft.

Josephine Madison, a resident of Crown Hill community told a group of reporters during an exercise meant to disconnect illegal customers that some employees of LEC were bent on exploiting legal customer.

According to Madison, an LEC employee charged her US$300 to reverse a problem her meter was developing.

“I give him US$250 and he demanded another US$40 before climbing the tree to check my meter,” she said.

“I am disappointed in the LEC and why is the corporation exploiting us.”

She said her sister had also encountered similar situation while applying for meter.