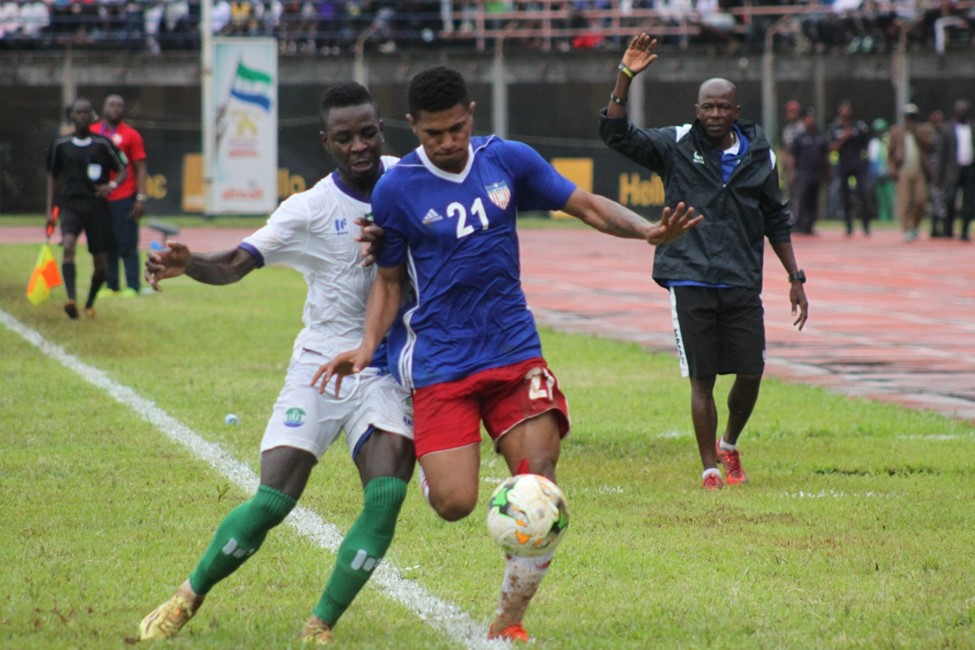 Liberia has reached the group stage of the 2022 FIFA World Cup qualifiers, after eliminating neighboring Sierra Leone over a two-leg series.

Under the leadership of Peter Butler as its new head coach, the Lone Star eliminated the Leone Stars of Sierra Leone 3-2 on aggregate to reach the group stage.

The team initially grabbed a 3-1 win on home soil at the Samuel Kanyon Doe Sports Complex on September 4, before falling to a 1-0 defeat at the National Stadium of Sierra Leone in Freetown on Sunday, September 8.

The 3-1 win in the first leg put them in the lead ahead of the return leg, which turned out to be ‘Clash of the Titans,’ with Sierra Leone pulling out a strong fight that turned out to be fruitless following the sound of the final whistle.

Led by Kei Kamara upfront, Sierra Leoneâ€™s football team began the match on a positive note, but missing a couple of chances that saw them end the first half goalless. Their best chance to take the lead came in the 15th minute through Kamara, whose bicycle kick was cleared of the goal line by Alvin Maccornel.

Lone Star managed to hold their counterparts in the first 45 minutes as they finished it goalless.

However, Sierra Leone came back stronger in the second half and mounted pressure on Lone Star to score the only goal of the match in the 55th minute. Kamara made his way through the Liberian defense from a counter-attack to put Sierra Leone in the lead. Two minutes after scoring, Kamara nearly added his second with a diving header which was denied by Ashley Williams, who punched the ball out for a corner.

Up by a goal, the Leone Stars needed another goal to eliminate Liberia.

The final minute of the match was the most dramatic moment, with Sierra Leone being awarded a penalty four minutes into the six minutes of extra added time. With two minutes to the end of the match, it appeared that the Lone Star was heading out of the world cup qualifiers, while Sierra Leone would go through.

Switzerland-based Sierra Leone star Umaru Bangura was the man to take the Leone Stars to the next stage of the world cup qualifier when he took the responsibility of taking the decisive penalty.

However, he failed to make himself the hero of the day after his penalty was saved by 18-year-old Liberian goalkeeper Ashley Williams who denied the shot that was placed in the bottom left corner of the goal.

Umaru failed to take Sierra Leone through and Ashley Williams turned out to be the dayâ€™s hero with the late penalty saved, thus advancing Liberia to the next stage of the world cup qualifier on a 3-2 aggregate win.

Liberian fans who had travelled to cheer their countryâ€™s team in Freetown said they were held hostage for hours after the match. Earlier on Saturday, ahead of the match on Sunday, the Lone Star was also forced to put an end to its pre-game training session less than 10 minutes after kickoff to avoid injuries to players from Sierra Leonean fans who had invaded the training session started throwing objects on the pitch.

The Liberian government informed the public hours later that it would assure the safety and security of its players. The government also announced that it was working with Sierra Leonean authorities to calm the situation, while a formal complaint was also filed to the world football governing body, FIFA.