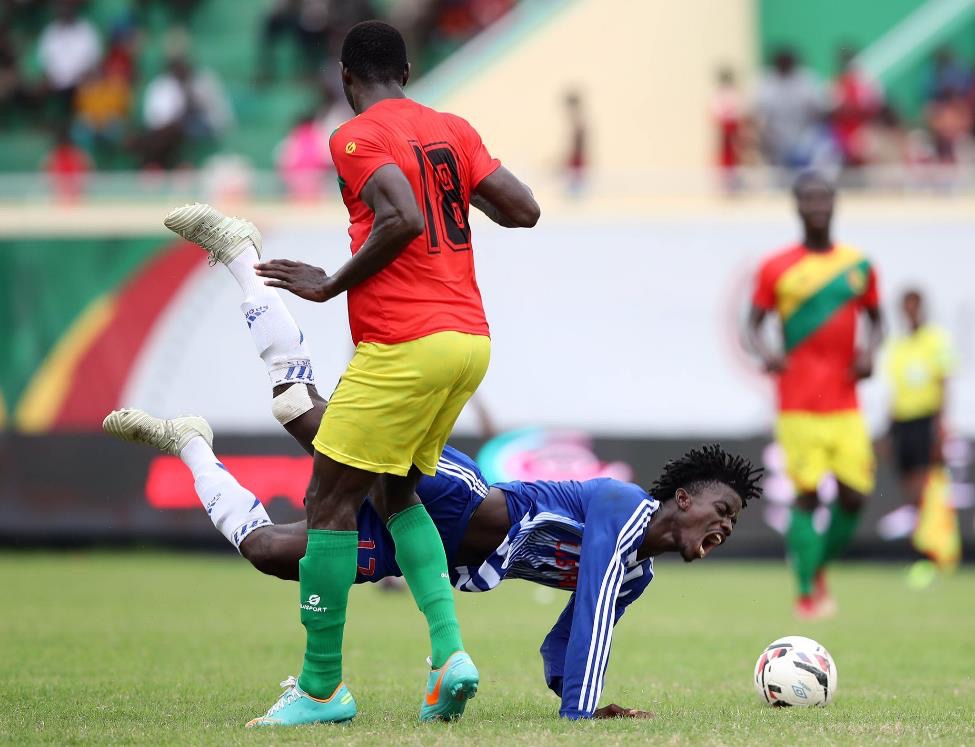 Liberiaâ€™s journey in the 2019 WAFU Nations Cup hosted in Senegal has come to an end with the Lone Star being eliminated from the tournament’s second-tier competition, the plate competition.

Lone Star was eliminated from the competition in the semifinal stage following a 1-0 defeat to Guinea.

Coach Robert Lartey made few changes in his team that won against Niger in the semifinals. The injured Kelvin Potis, who scored the only goal to help Liberia defeat Niger, was replaced by Wurrie Barry while Theo Nimely returned to the starting 11, replacing Ruphus Padmore, who started against Niger.

Surprisingly, Karleo Anderson was brought back to his usual central defense role while Daniel Paye, who had been playing as a center defender in the tournament, played at right-back.

Unlike against Niger when Larteyâ€™s changes to the team worked, it was the opposite against Guinea, with the Lone Star failing to score from several attempts throughout the match as they bowed to a 1-0 defeat at the end of the match.

Liberia played three games in the competition, winning one and losing two. Lone Star scored one goal and conceded two. They began the tournament with a 1-0 loss to Sierra Leone, which relegated them from the cup competition to the plate competition quarterfinals where they eliminated Niger with a 1-0 win.

Liberiaâ€™s best-ever finish at the WAFU Nations Cup was in 2011 when they finished third behind Togo and Nigeria.