The donation comes at a time when the country is recording an increasingly high number of new cases, with at least 10 new cases every day since the government announced it was easing restrictions on measures meant to control the spread of the pandemic in the country.

In severe COVID-19 cases, patients can experience respiratory problems. The ventilators being donated by ArcelorMittal can assist them in breathing.

While making the presentation, ArcelorMittal Liberia’s government relations manager, Marcus Wleh, said Friday’s presentation was the third so far made by the company to the health sector, amounting to US$86,000 following initial delivery of US$100,000 in medical supplies to supplement the government’s capacity in responding to the pandemic.

“So, that brings our total donation to the ministry to US$186,000, not counting intangibles,” he said.

According to him, other items accompanying the ventilators included 365 pieces of coveralls and gowns, 50 infrared thermometers, 480 N95 facemasks, and 500 face shields, and Simple du Pont hoods.

He also expressed confidence that items being provided to the ministry are reaching end users in the different counties.

“Just to be sure, we went to Bong County and we asked them, have you received items from the ministry? They said yes, we have PPEs. So, we did our monitoring, already. So, we are confident that everything we’re giving to the ministry goes to the end-users,” he noted.

“So, we want to congratulate you for that and for the amount of probity you have applied in this donation.” 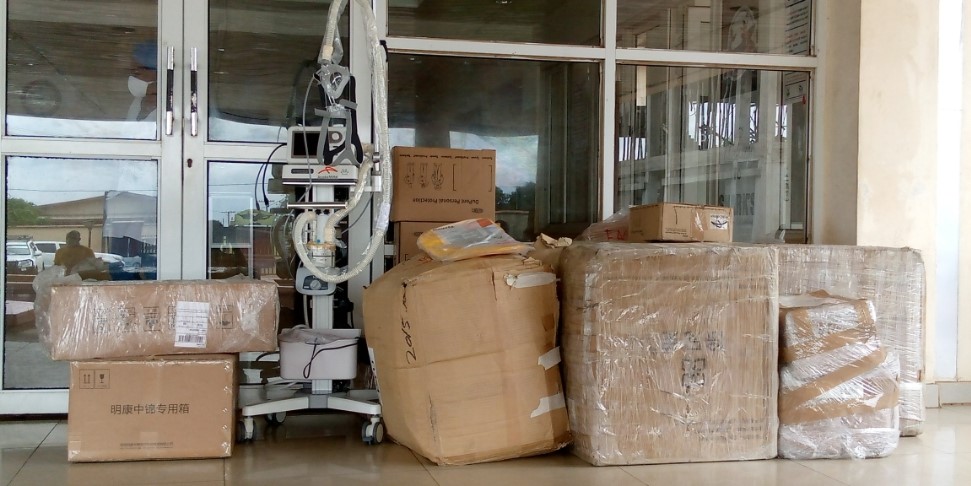 He, however, encouraged the ministry to prioritize Bong, Nimba, and Grand Bassa, the three counties in which the company operates.

On behalf of the government, Minister Jallah thanked ArcelorMittal for the medical supplies. Although there have been concerns that Liberia lacks sufficient ventilators for its COVID-19 response, Jallah said ventilators have not been needed for any case so far.

“I want the news to carry that every day, people [are] asking for ventilators. And so far, we have not needed it for any patient. But since this is a noninvasive type, we probably can use it if a patient has severe respiratory problems. It will probably cut down on how much oxygen tanks that we have to use for a case because we can use this ventilator in its place to help the patient breathe,” she said.

The minister added that an invasive ventilator assembled locally by a Liberian biomedical engineer was already available.

She expects that the additional equipment provided by the mining concession will go a long way in helping the country to prepare more in responding to the pandemic if more severe cases appear in the future.

10 hours ago by Sampson David